(Updated April 30, 2020) | “The Avengers” films, based on Marvel comics, have stormed the box office on four occasions—the first time was in 2012, “Age of Ultron” in 2015, “Infinity Wars” in 2018, and the just-released “Avengers: Endgame” last year. However, what some viewers may not know is that many of the stars of the films are vegan, or at the very least, meat-free!

Celebrities, such as Benedict Cumberbatch (aka Doctor Strange) and Mark Ruffalo (aka The Hulk), have great influence over their audiences—not only can they move a viewer with a dazzling performance on-screen, but off-screen these influential actors can and do use their platform to advocate for the animals, for the planet, and for the health of society.

See below for a full list of “Avengers” stars who are leading by example with their diet, and their lifestyle.

10 Cast Members of ‘The Avengers’ Are Vegan or Vegetarian 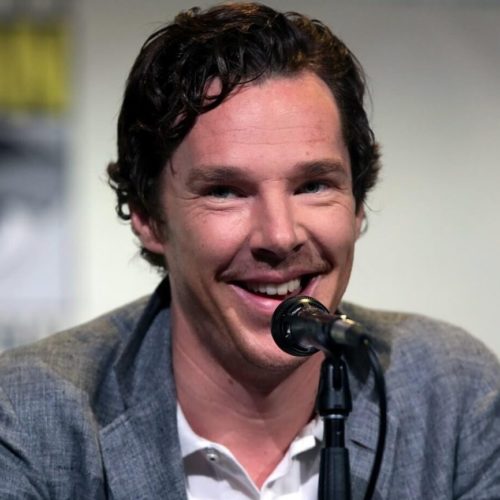 In the run-up to the release of “Avengers: Infinity War”, Cumberbatch, who plays Doctor Strange, mentioned his vegan lifestyle in several interviews. When asked about a trip to Singapore the actor stated: “Yeah I had local food, as much as a vegan can.” Further, in an interview with 14-year-old star Sophia Grace, when she asked the all-important “Do you like Nando’s?” question, Cumberbatch replied, “Well only if they’ve got a vegan option.” 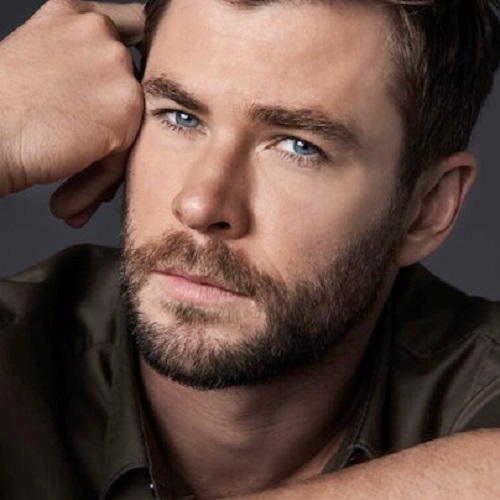 Chris Hemsworth followed a plant-based diet to get into shape. | Wikimedia Commons

During the filming of both “Thor” and “Avengers”, the Centr fitness app creator adopted a vegan diet to keep him in shape. “We tried to see if he could keep the muscle being vegan, and it actually surprised me as well because we’re all in this mentality of ‘gotta eat animal protein, protein, protein,’ but you can get a lot of protein from beans,” the star’s personal trainer, Luke Zocchi, told Men’s Fitness Magazine. He also trained with a vegan bodybuilder to get into “Endgame” shape. 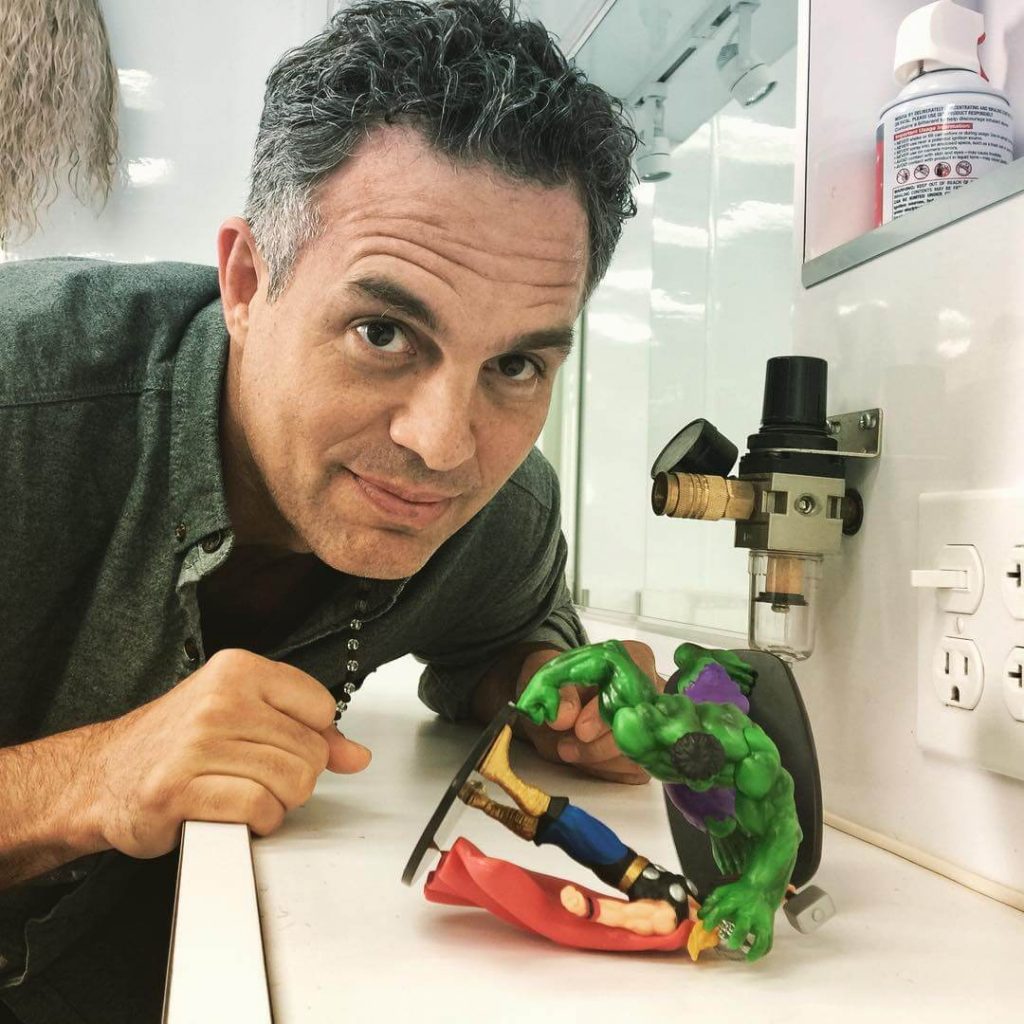 Ruffalo, aka The Hulk, is a keen environmentalist and animal rights advocate. The star often uses his Twitter page to express his views, and encourage his followers to take part in meat-free pledges such as Meat-Free Mondays. “Beef production takes a huge amount of your carbon footprint. We can take fewer bites of beef, why not cut down?” the actor posted on social media at the end of last year. 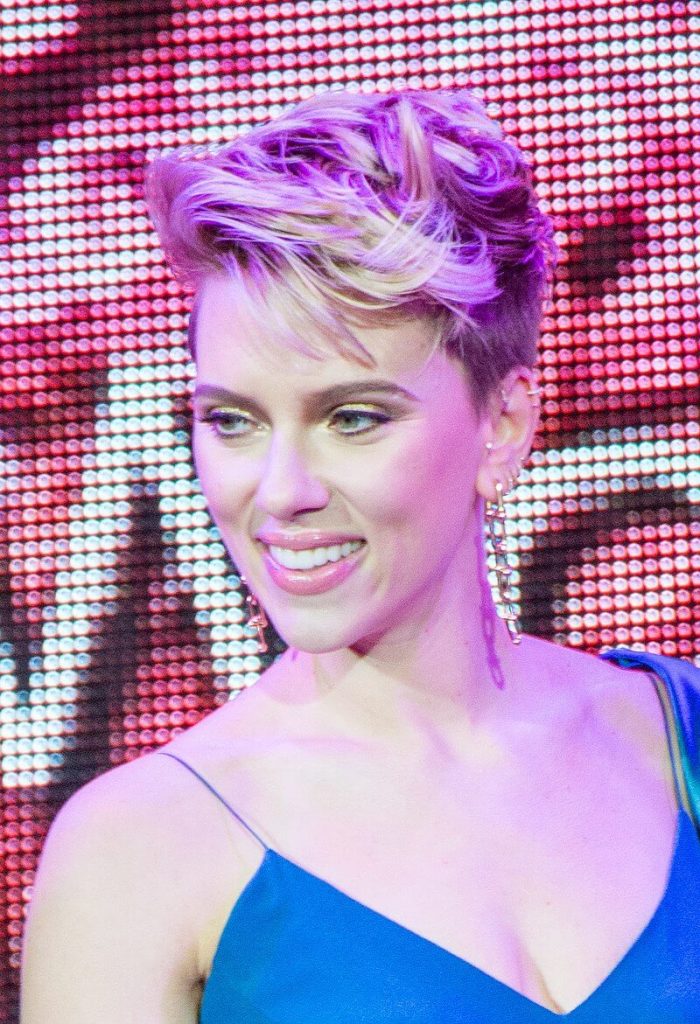 Johanssen reportedly followed a plant-based diet to get into shape. | Wikimedia Commons

According to reports, much like co-star Chris Hemsworth, Johansson dined on plant-based foods to keep in shape for her role as Black Widow. “After lots of fighting and training and raw vegan food you can fit into a catsuit,” the star told Ecorazzi last month. Johansson reportedly follows an on-and-off-again raw vegan diet. 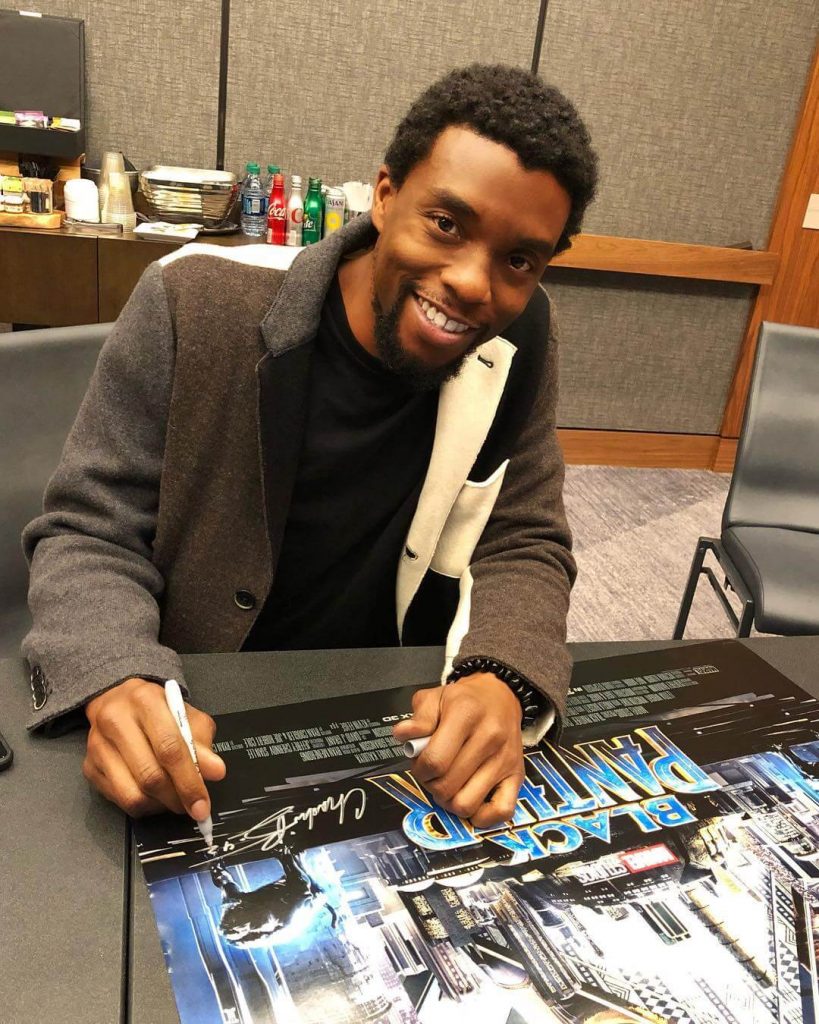 Boseman, aka Black Panther, recently described himself as “mostly vegan” to the fashion magazine, Mr Porter. He even told the publication that his new fitness regime and vegan lifestyle had given him “maybe the handsomest years of his life.” 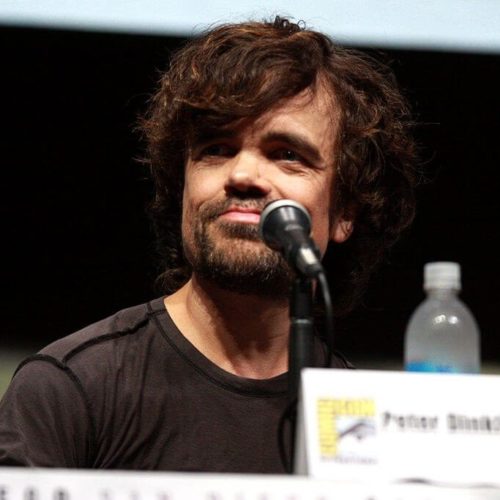 Dinklage, who plays Eitri, is a longtime animal rights advocate, who has worked closely with PETA in the past. The actor spoke out about the importance of committing to caring for a dog and adopting from a shelter after it was revealed that abandoned husky numbers had increased following “Game of Thrones.” “Please, please, if you’re going to bring a dog into your family, make sure that you’re prepared for such a tremendous responsibility and remember to always, always, adopt from a shelter,” Dinklage stated. 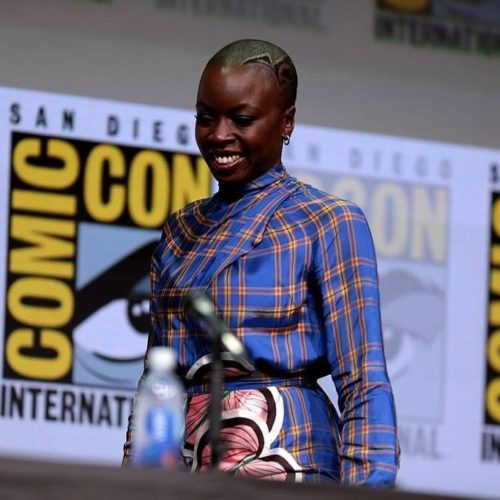 Gurira is a fan of dairy-free cheese. | Wikimedia Commons

Gurira, who plays Okoye in the film, is a fan of cashew cheese and coconut milk yogurt! The actor acknowledged World Vegan Day on her Twitter account, replying to a post from the plant-based politician, Cory Booker. 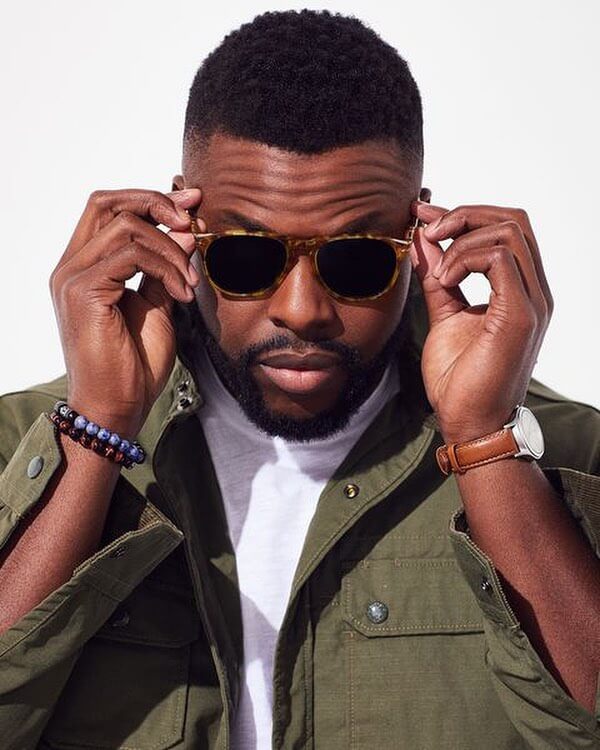 Duke, aka M’Baku, is all about teaching children about the importance of eating greens and following a veggie lifestyle. In a recent interview, the star even revealed if he had his own theme park, it would include a veggie cafe. 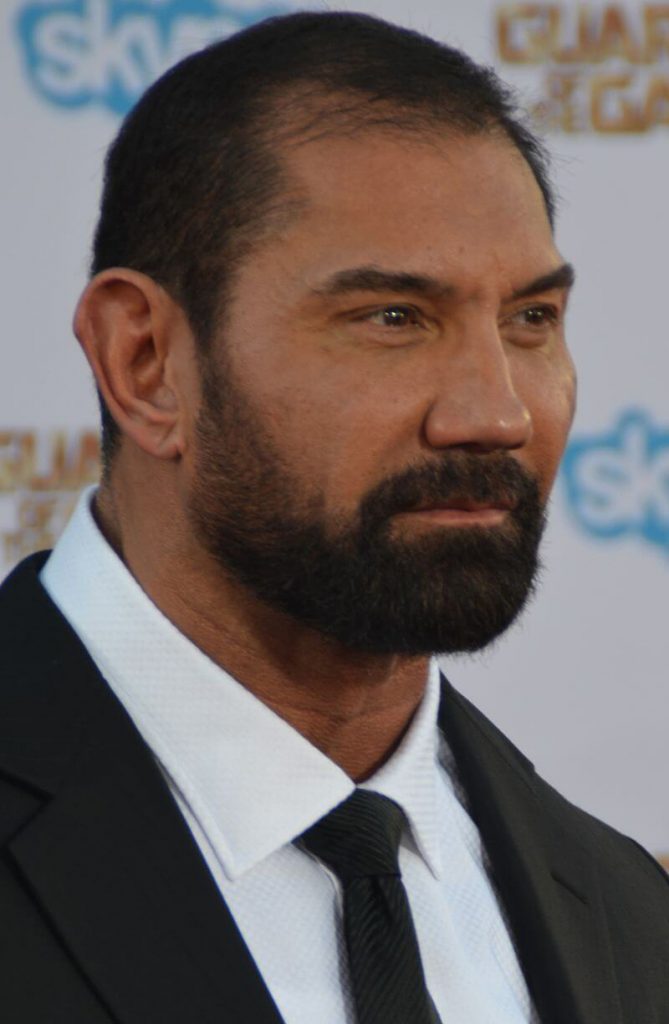 Bautista, aka Drax, follows a mostly plant-based diet, according to an interview with Men’s Journal. The actor also has a soft spot for animals: he once shared a Twitter post of a young child explaining why they no longer want to eat animals, “I want them to be standing up and happy,” the boy says. “I had to pass it along. #onelife,” the former WWE star captioned the post. 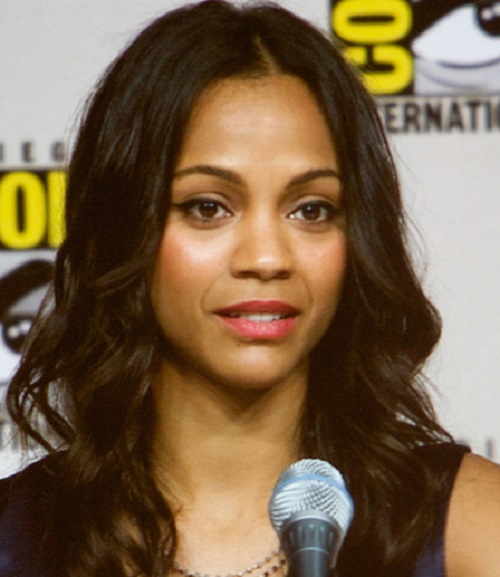 Saldana, who plays Gamora, once told Shape magazine she wants her, and her kids, to follow a meat-free lifestyle. “[W]e’re starting to move in the direction of becoming a vegetarian family,” she stated.