The big day is almost here! For those who did not receive that coveted invitation to the wedding of the year, you can still celebrate in style by hosting your own royal wedding party. Dust off your pastel attire and don your biggest, most ostentatious hat for a feast both Prince Harry and Meghan Markle would approve of. Here are 10 veganized renditions of dishes that are sure to be served when the royal couple says, “I do.” 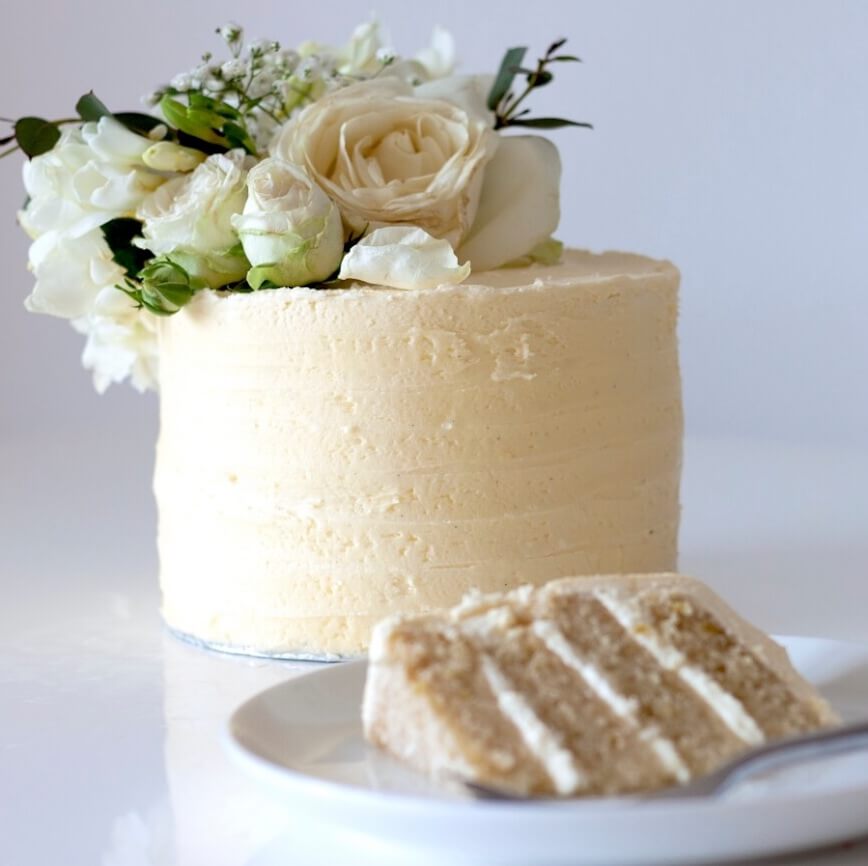 This vegan cake is a must for your royal wedding party. | Maisie Stedman

Cake first. This vegan lemon and elderberry sponge cake was created by the winner of PETA’s 2016 Great Vegan Bake-Off, Maisie Stedman. The royal couple will be serving a non-vegan version of this elegant spring dessert, and Stedman took it upon herself to create and share a recipe that everyone can enjoy. There’s no doubt this cake is divine, but the real question is, do royal couples smash cake into each other’s faces? 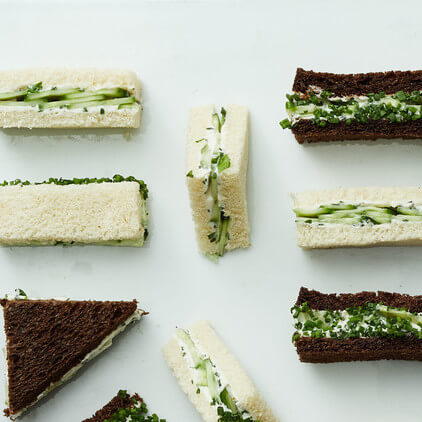 Tea sandwiches are an absolute must. These dainty bites are easy to make and require just a few fresh ingredients. You can make your own seasoned spread by adding chopped fresh herbs to vegan cream cheese or purchase a pre-seasoned variety. Once assembled, cut the sandwiches into neat triangles or use a cookie cutter to create precise circles. No crusts, please! 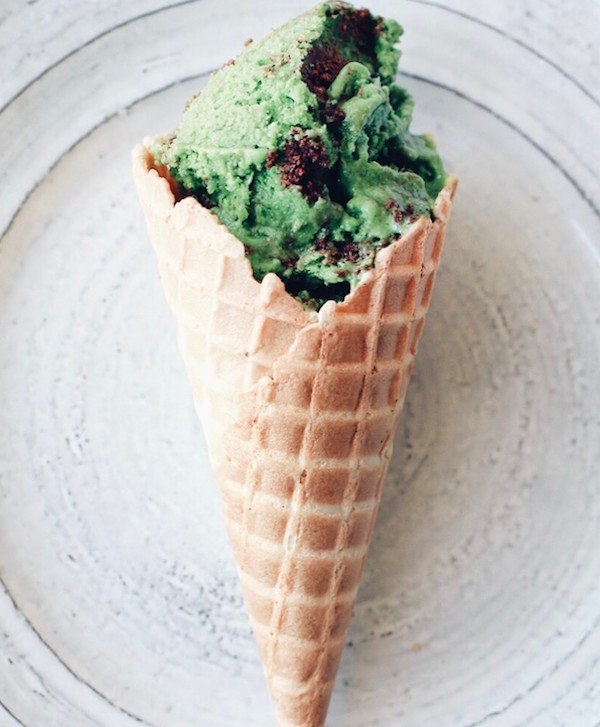 According to food media outlet Eater, the royal couple has arranged for ice cream trucks to stop by the afterparty at 2 AM. In honor of the bride’s affinity for kale and other plant-based, “clean” foods, we suggest this kale ice cream. You really can’t taste the kale! 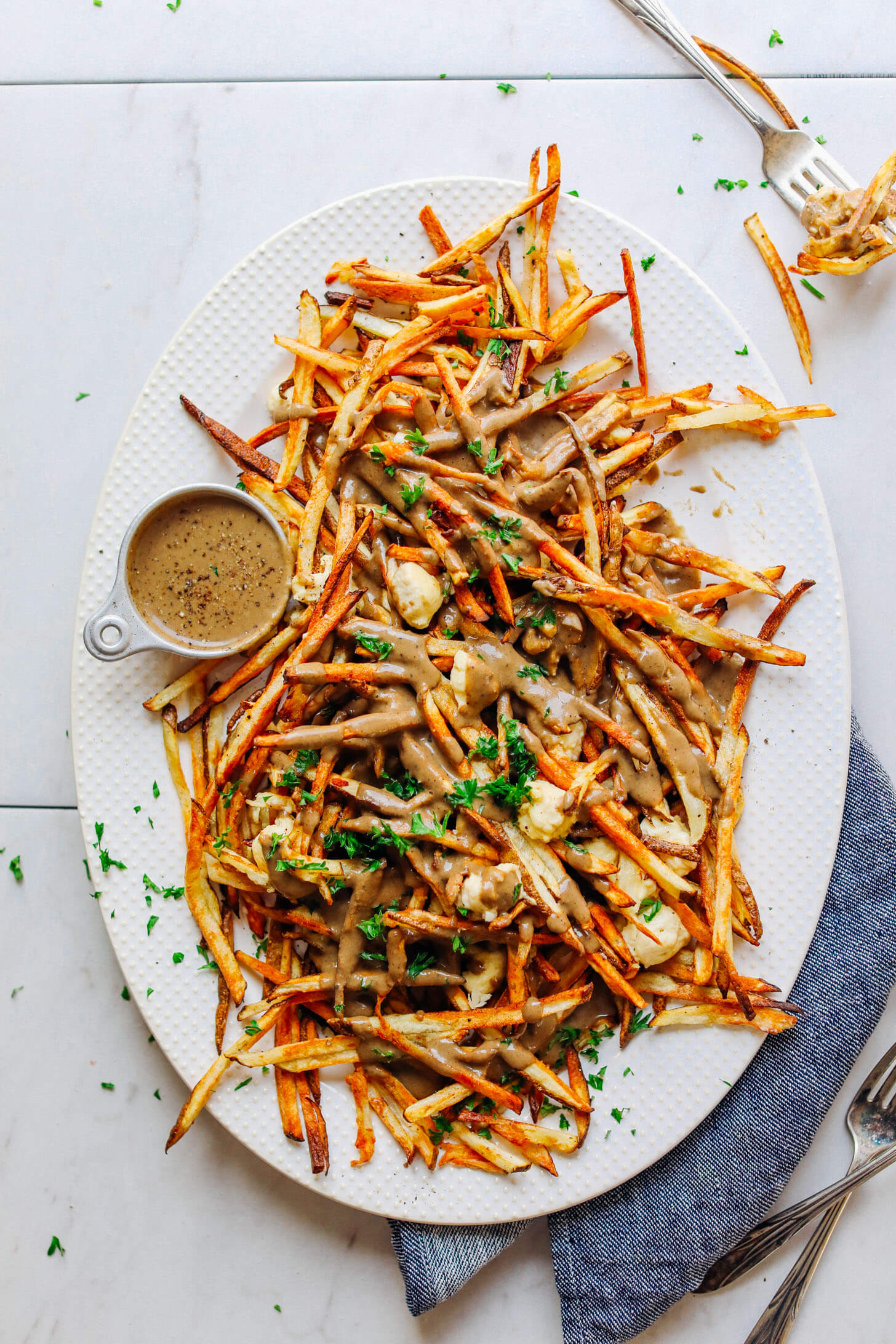 Perhaps this won’t be served at the actual wedding, but we couldn’t leave out one of the bride’s favorite foods. Poutine is a traditional Canadian dish made with french fries, gravy, and cheese curds. This vegan version gives you the ultimate savory satisfaction without the guilt of consuming animal products. 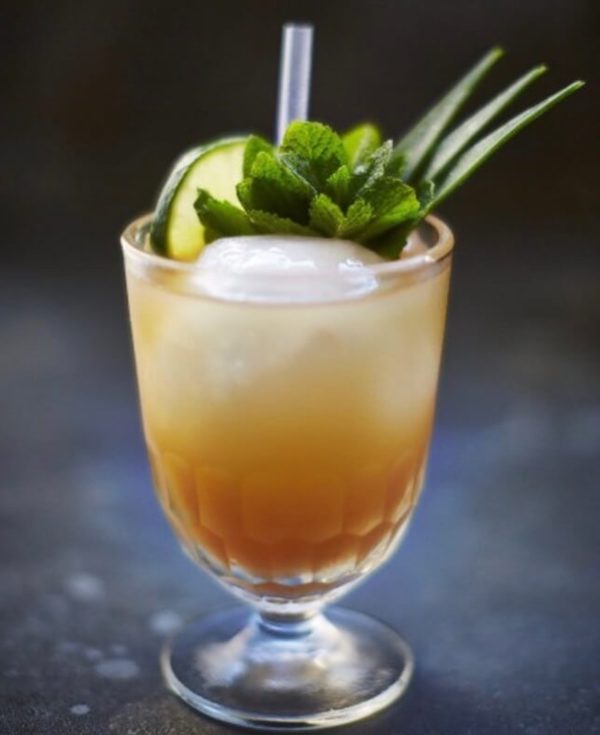 According to the Mirror, Prince Harry requested a tiki-themed bar for the afterparty. Along with the usual champagne, wedding guests will be treated to tropical drinks and vodka-filled ice luges. No need to veganize this recipe — Mai Tais are already vegan! 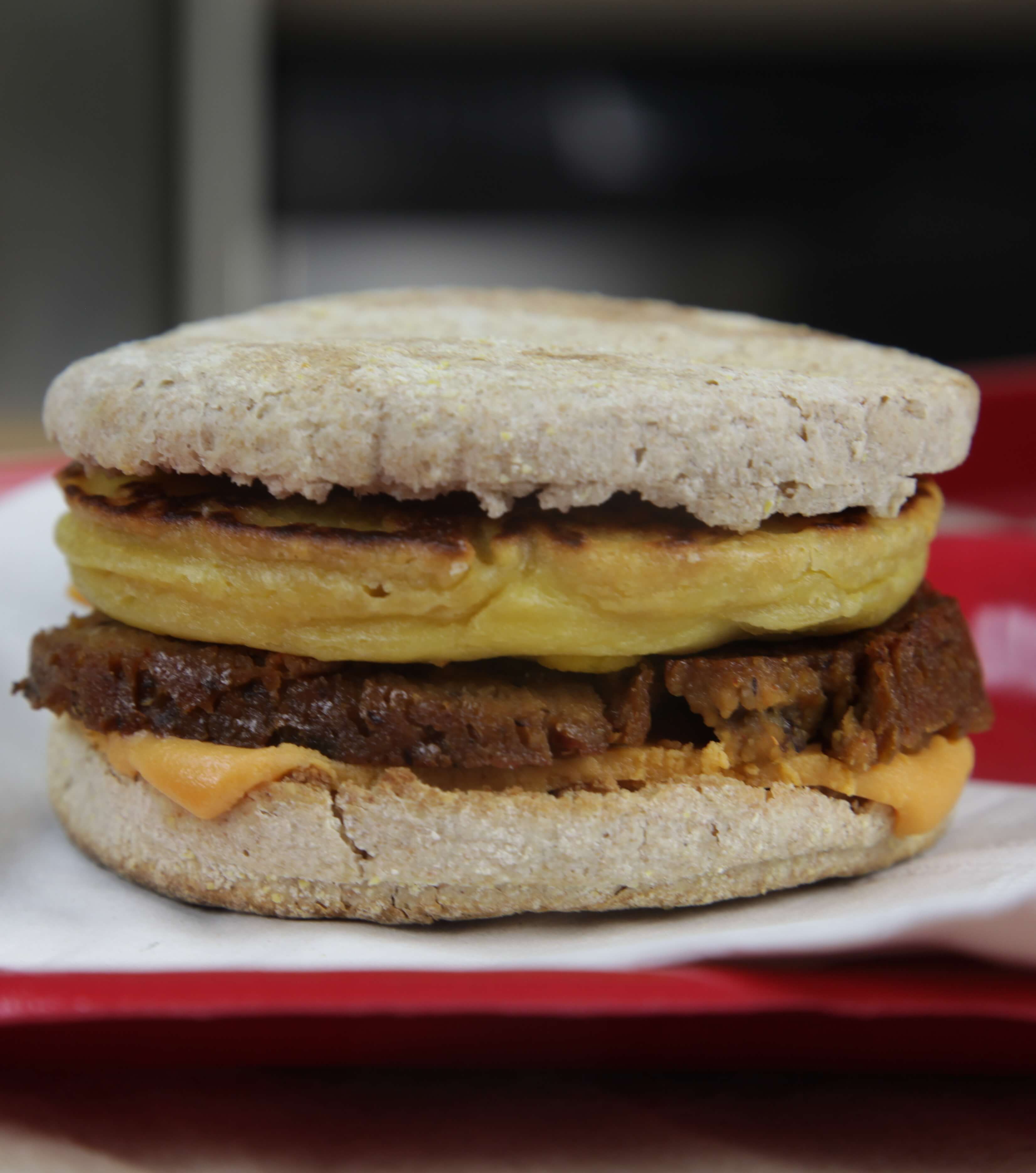 This vegan bacon and sausage sandwich is a crowd-pleaser.| The Edgy Veg

It may be a royal wedding, but the couple isn’t adhering to tradition. They have arranged for several food trucks to stop by as part of the royal menu. According to The Telegraph, Prince Harry convinced his brother Prince William back in 2011 to order food trucks for his marriage to Kate Middleton. Apparently, Prince Harry really wanted to eat bacon and sausage sandwiches at his brother’s wedding, and he’s still hungry for more. 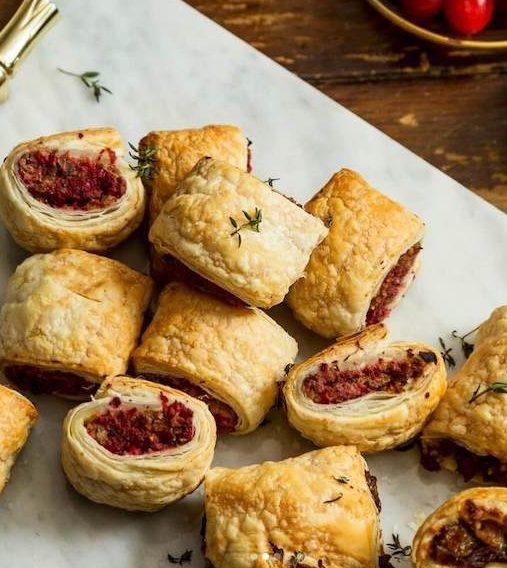 These vegan Wellingtons are stuffed with cranberries and chestnuts. | The Happy Pear

For the more traditional crowd, mini vegan Wellingtons are the perfect royal wedding food. They are iconically British and also on trend with the miniature food craze of wedding caterers. Grab some puff pastry and stuff them with whatever the bride-to-be desires, or follow this oyster mushroom, cranberry, and chestnut recipe below. 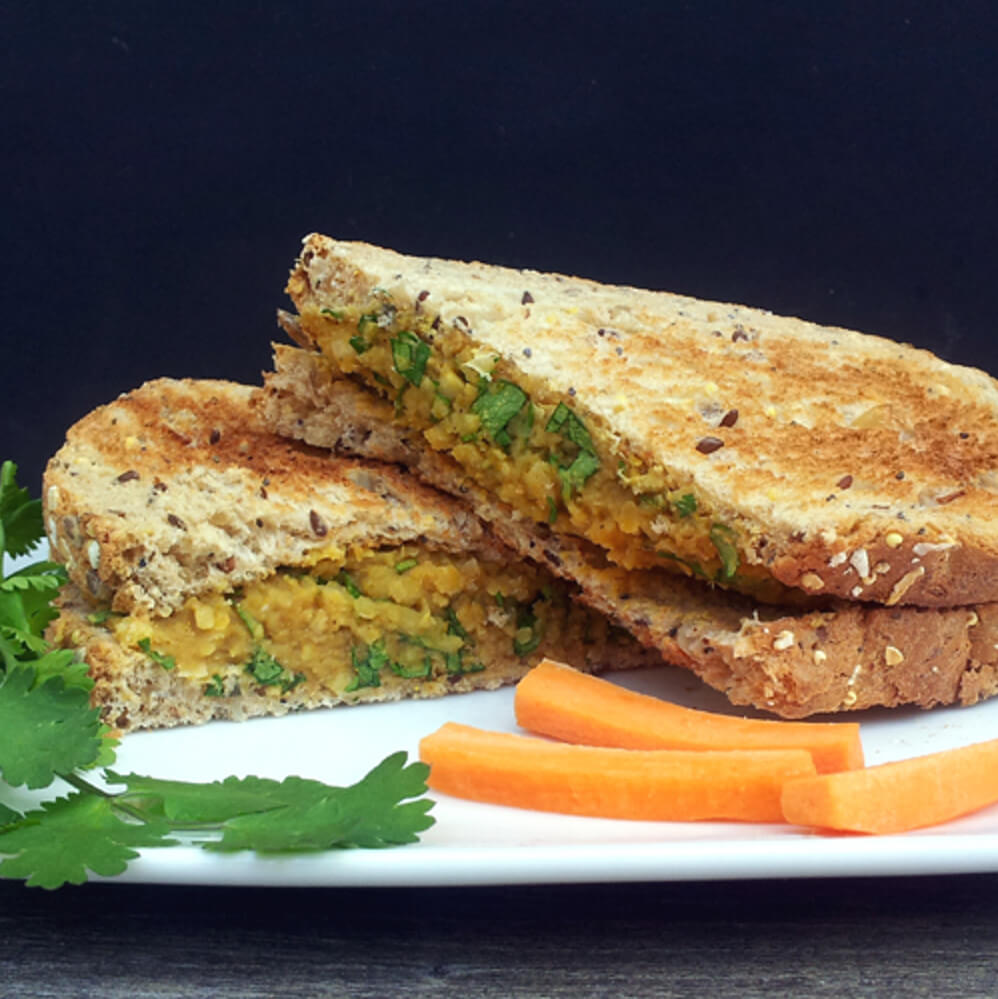 Traditionally a dish eaten by the public in celebration of the monarchy, Coronation Chicken is a staple for any in-home royal wedding party. Serve as a neat sandwich or get fancy by spooning it onto endive lettuce leaves. 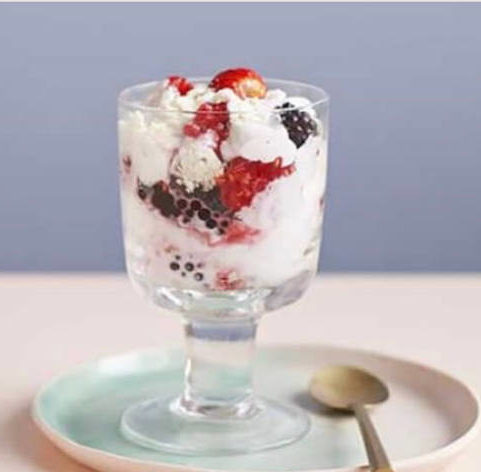 You can serve this vegan dessert in mason jars. | BBC Good Food

You can never have too many desserts at a party. This delightful parfait of meringue, cream, and berries is perfect for a spring/summer wedding. Serve in mini mason jars to replicate Markle’s sense of style. Yes, there will be mason jar food at her wedding, according to Eater. 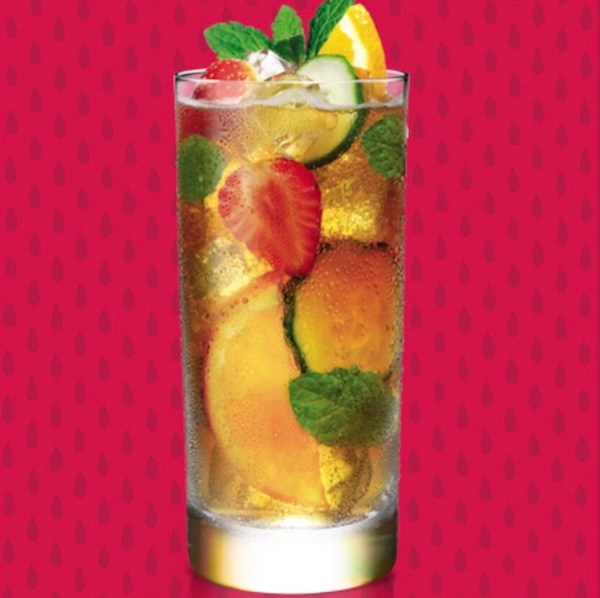 Drink up! This vegan cocktail is as British as you can get. | Pimm’s

A cocktail for the commoners, Pimm’s is a British alcohol that has been guzzled by us groundlings since the 1800s. The company makes a few different versions, but to honor Prince Harry’s love of vodka, opt for the Pimm’s No. 6, which is made with vodka instead of rum or gin. Pour over ice and mix with lemonade, then add fresh fruit and cucumber slices. Be warned: you’ll want to make a pitcher of this.