Joaquin Phoenix is a prominent fixture in Hollywood. He has more than four decades of acting roles under his belt. And his run of complicated and eccentric characters has garnered him critical acclaim. But the vegan actor is also lauded in the animal rights community for regularly speaking out against animal exploitation.

Phoenix’s stirring portrayal of a man living with a mental illness in the 2019 psychological drama Joker led to him scoring an Oscar at the 92nd Academy Awards. And while actors typically use their time on stage to heap praise on their film comrades and thank their friends and family, Phoenix’s acceptance speech for Best Actor was a tad different.

“I think we’ve become very disconnected from the natural world. Many of us are guilty of an egocentric worldview, and we believe that we’re the center of the universe. We go into the natural world and we plunder it for its resources,” Phoenix said.

He continued: “We feel entitled to artificially inseminate a cow and steal her baby, even though her cries of anguish are unmistakable. Then we take her milk that’s intended for her calf. And we put it in our coffee and our cereal.“

But this isn’t the first time Phoenix has used his platform to speak up for animals. A vegan since the age of three, the actor has led the National Animal Rights Day march in Los Angeles with his partner Rooney Mara, campaigned with animal rights group PETA (People for the Ethical Treatment of Animals), and has produced several animal rights documentaries, including The Animal People and The End of Medicine. He’s also narrated two films: 2005’s Earthlings and 2019’s Dominion.

Here are ten other times Phoenix has lent his voice in favor of animal rights.

Why Joaquin Phoenix Is A Passionate Animal Rights Advocate: In Quotes

In honor of Joaquin’s birthday today, we’re highlighting some of the most powerful things he has said for animals. Here are ten times Joaquin Phoenix has spoken out in favor of animal rights:

1 – “If you buy leather gloves or belt or gloves, there’s no easy way to tell whose skin you’re really in. If you love dogs like I do, then please, never buy or wear leather—whether it comes from a dog, a cow, or any other animal,” PETA anti-leather campaign, 2015.

2 – “I would like to do something to talk about the meat and dairy industries impact on climate change, something that I don’t think we’re talking about enough. People are not in a panic in the way that they should be. Like these are very dire times,” Vegan banner drop on Tower Bridge in London event with Animal Equality, 2020.

3 – “I think that most people don’t really know the torture and murder that is the meat and dairy industry. And I think that we have a moral obligation to talk about it. And to expose it for what it really is. We are so indoctrinated with these images of happy animals on farms. On the covers of milk containers and all kinds of advertisements. And I think people need to know the truth. Those of us that have seen it for what it really is have an obligation to expose it,” Jane Unchained News, 2020.

4 – “When we look at the world through another animal’s eyes, we see that inside we’re all the same—and that we all deserve to live free from suffering,” PETA “We Are All Animals” anti-speciesism campaign, 2019.

5 – “Me and my siblings witnessed fish being killed in a really violent and aggressive way,” he recalled. “It was just absolutely obvious that it was something that we didn’t want to participate in and we didn’t want to support. To me, it just seems obvious. I don’t want to cause pain to another living empathetic creature. But certainly, also the effect that it has on our environment is devastating. So for me, it’s just, it’s my life and always has been my life and it’s really one of the most important things to me,” Brut, 2019.

6 – “I’ve been vegan practically my whole life. And I don’t use animal products. I thought that I was avoiding wool, but never knew that suits were made of wool. I had that rationalization that it’s just something that’s taken off them. And there’s not a lot of abuse, which seems incredibly naive. And so I realized that it was something that I want to avoid. There are alternatives that they could use that are cruelty-free, but still stylish. And so it seems like the only option is to not use wool. That’s become abundantly clear,” PETA anti-wool campaign, 2016.

7 – “I don’t really need any science to see with my own eyes and hear how an animal responds to pain. That’s undeniable,” Liberty, 2020.

8 – “First I’d to thank the Hollywood Foreign Press for recognizing and acknowledging the link between animal agriculture and climate change. It’s a very bold move making tonight plant-based. And it really sends a powerful message. It’s really nice that people have come up and sent their well wishes to Australia. But we have to do more than that. Together we can hopefully be unified and actually make some changes. It’s great to vote. But sometimes we have to take that responsibility on ourselves. And make changes and sacrifices in our own lives and I hope that we can do that,” Golden Globe Awards, 2020.

What happens when two vegan animal rights activists from DC and Marvel unite? They bear witness and provide water to pigs moments before they are sent off to slaughter. It was so amazing to get to meet Joaquin Phoenix’s mother and sisters. Joaquin and his family wanted to know about how I went vegan and he found out we have the EXACT story of how we stopped eating animals! We both decided to stop eating animals on our own when we were 4 once we found out animals had to die for our food. Both of our moms listened and stopped eating animals and our siblings went vegan too. His youngest sister Summer @summerjoyphoenix is vegan from birth just like my little brother! I got to talk to Joaquin and his family for awhile and they were even more amazing than I could have ever imagined! Thank you Phoenix family for taking the time to talk to me and my family at the vigil last night and for being such amazing animal allies. Thank you Joaquin for inspiring me to keep being a voice for the animals even when it makes me uncomfortable because the animals need us to do whatever we can to help them. Hope to see you all again soon ❤️ @laanimalsave . . #marvel #dc #marvelheroproject #heroproject #vegan #animalrights #animalliberation #animalallies #environmentalist #climateactivist #environmentalactivist #environmentalism #animalagriculture #thejoker #joker #joaquinphoenix #disneyplus #activist #activism #activism

9 – “As this disaster continues to ravage society, we must examine our role in the emergence of the coronavirus and our vulnerability to a growing number of diseases as a result of our impositions on the animal kingdom and the environment. This probe cannot end with bats, monkeys, pangolins and other exotic wildlife supposedly to blame for recent contagions. It should encompass all of the supporting industries that contribute to the debilitation of communities. A real public-health reckoning would have us reshape our patterns of consumption, curbing our dependence on animal products. A bacteria-infested (and inhumane) food supply makes people sick,” The Washington Post, 2020.

10 – “Despite the animal agribusiness industry’s flagrant disregard for worker safety as COVID-19 ravages slaughterhouses, a surge of whistleblowers—under the constant threat of employer retaliation—are coming forward with information about the mass killing of animals and disposal practices that have severe environmental implications. Whistleblowers are instrumental in helping animal protection organizations identify, investigate, document, and expose cruelty.  ReportAnimalAg.com provides a safe space for employees to confidentially, and with anonymity, voice their concerns,” Animal Legal Defense Fund whistleblower campaign, 2020. 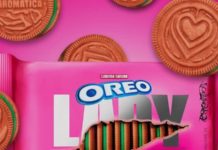 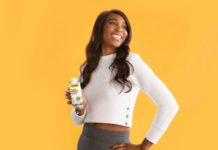