(Updated December 21, 2019) | Overcrowded animal shelters decrease the forever-home chances for many of the animals. But one young entrepreneur is helping dogs stand out. And he hopes it improves adoption rates. Darius Brown is the 13-year-old CEO and founder of Beaux and Paws, a company that makes custom bowties for shelter dogs to help them get adopted.

According to The New York Post, Brown started making bowties at just eight-years-old when his older sister, Dazhai, a hair and makeup artist, needed help making bows for a project. Brown was tasked with cutting fabric. According to his mother, Joy, he excelled at the task and was soon making bows “better than [his sister] was.”

Brown continued experimenting with fabrics, honing his skills so that he could make bowties for himself. After receiving positive feedback from friends and family, Darius decided to follow in his older sister’s footsteps. “I want to be an entrepreneur like my sister,” he told The Post. He soon founded his own business, Beaux and Paws, which married his skills in craft with his love of dogs. 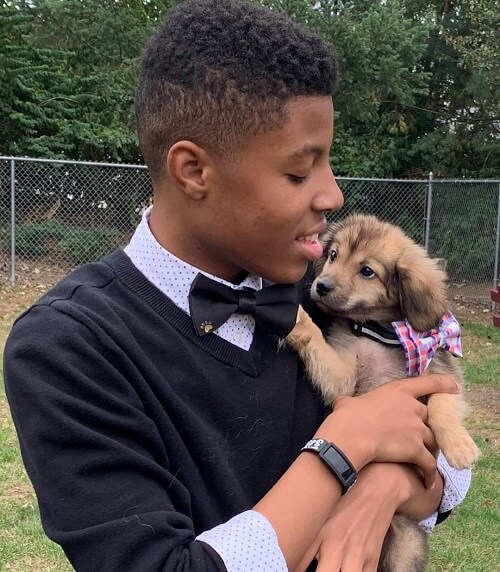 Brown learned about the many cats and dogs that had been displaced by Hurricane Harvey and Hurricane Irma. The New Jersey native donated bowties to local shelters. “I just wanted to help them and make them feel safe and find them forever homes,” Darius said.

“When I see the shelter pups or rescue pups in my bowties I feel really good about them getting adopted faster,” Brown told the Patch. “A few times they got adopted while I was there and they went to their forever home with my bowtie on.”

According to Jody Salbo, director of business management and operations at the ASPCA Adoption Center, a simple accessory can do a lot for a shelter pet. “When animals wear special accessories like bow ties, bandannas or scarves, it often helps catch the eyes of potential adopters,” she said. 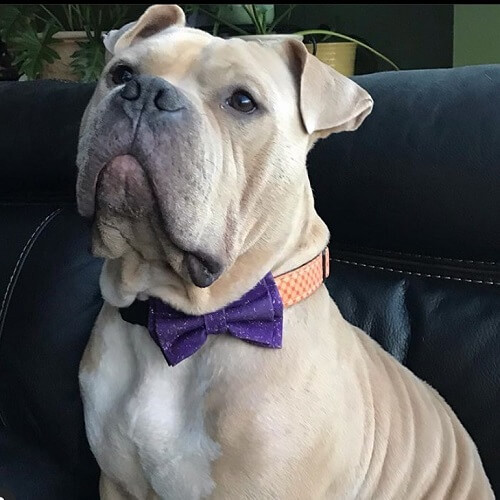 Shelter dogs need all the help they can get. | Beaux and Paws

Brown debuted his designs at the New York Pet Fashion Show, the largest animal couture and pet fashion show in the world, making him the youngest designer to ever participate.

Brown has been celebrated by local news in New York and New Jersey, and also made an appearance on The Rachel Ray Show. He was honored at “Men Do It Big Too” during the Women Do It Big Conference. And Brown has also received a letter of recognition from former President Barack Obama, thanking him for his compassion, efforts, and achievements.

Brown hopes to soon expand his business across the country in order to help more shelter dogs find their forever homes. He also hopes that his story inspires other young entrepreneurs to pursue their dreams and give back to the community.