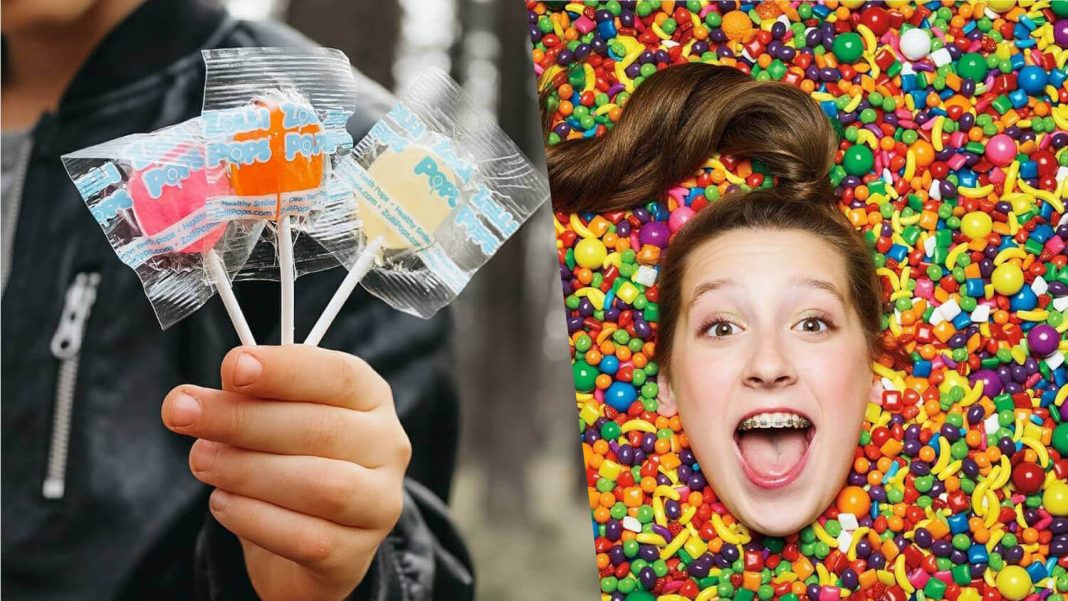 Thirteen-year-old Alina Morse built a multi-million dollar vegan candy brand before she even entered high school. Her sugar-free candy company, Zollipops is stocked in more than 7,500 major retail locations such as Walmart, Kroger, and Whole Foods. According to Entrepreneur, the retail sales of her healthy candy brand are projected at between $5 and $6 million this year.

Morse, who acts as CEO and runs the company with the help of her parents, Sue and Tom, first came up with the idea when she went to the bank with her father at age seven. A teller offered her a lollipop, but as she had been taught that candy was bad for her teeth.

“‘Bad,’ I thought,” Morse said in a TEDx Talk in Detroit last October. “How could something that tastes so good and that they have here specifically to treat kids and make them happy be bad for me? So I left the bank empty-handed, but with a lot more questions.”

Zolli for the win! #ENTLIVE

With the help of her dad, the young entrepreneur created Zollipops and in 2014, the brand hit supermarket shelves, with each bag promoting itself as candy for “Clean Teeth.” Today, the company makes three varieties – sugar-free lollipops, taffy, and hard candy – that are sweetened with xylitol and erythritol, two plant-derived sweeteners that have shown promising signs of reducing dental cavities in kids. Zollipops are not only sugar-free, but also free from artificial dyes, opting for natural food coloring like turmeric and beets.

One year later, Morse appeared on “The Steve Harvey Show,” where she told the host her dream of every kid snacking on healthy candy. She has also been invited onto Shark Tank, CNN, Fox Business, and NPR.

“When I started going on television, my answers were really scripted because I was so young,” Morse told Entrepreneur, “but as I’ve gotten older and learned more about the business, I’ve become more spontaneous.”

Zollipops were the best-selling hard candy on Amazon this summer and the second best-selling lollipop, beating longtime favorites like Dum-Dums and Blow Pops. Morse and her parents divide their time between helping to grow the company. They present Zollipops at at least five or six trade shows a year and attend meetings to expand the brand’s retail footprint, but also help her ensure that the young CEO has a relatively “normal” life, balancing school, dance, and friends with running a multi-million dollar vegan candy company.

“Sometimes my friends will tell me they saw me on television, but other than that, I’m just like everyone else,” Morse said. “That’s how I want to be.”