Young entrepreneur Mason Wright is the mind behind one of the best vegan hot dogs in the country. At 13-years-old, the middle schooler’s age sets him apart from other business owners.

Wright is the owner and founder of Mason’s Super Dogs, a hot dog cart that placed #5 on the list of the Top 10 Vegan Hot Dogs of 2019 from animal rights group PETA (People for the Ethical Treatment of Animals). 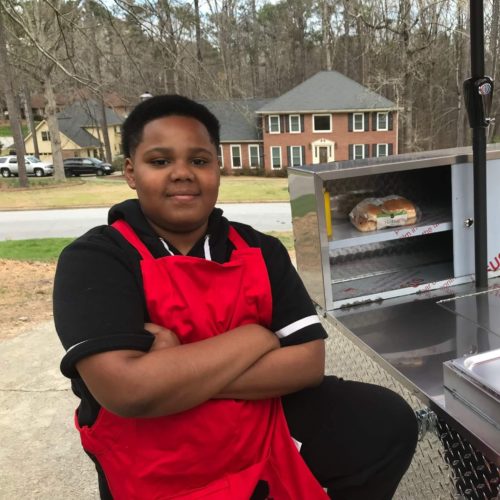 Mason Wright launched his hot dog cart when he was only 10-years-old. | Mason Enterprises

According to Atlanta Magazine, Wright started his business in 2017 at age 10 after a family trip to New York City. He felt his city could use a hot dog cart of its own. He saved his allowance and earned extra cash walking dogs and washing cars around the neighborhood.

Wright didn’t do it all alone. He received a $1,200 loan from his grandfather and got help from his older sister with researching how to start a business. When he got older, he was mentored by students from Morehouse College in Atlanta. Wright tells LIVEKINDLY “it was not easy. First of all, people did not take me seriously. I had to research other kid entrepreneurs to see it could happen.” 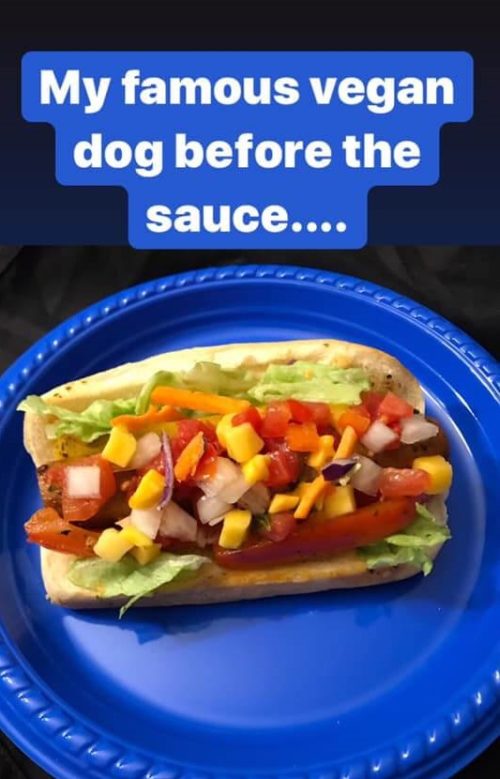 Wright regularly sells hot dogs at the Atlanta University Center Consortium, the world’s oldest and largest association of historically Black colleges and universities. The menu didn’t always feature a vegan option. One day, “a group of girls from Spelman [University] and Clark [University] kept asking me for a vegan dog. I wanted to make them happy so I started researching everything about vegan meat,” says Wright.

He added vegan hot dogs to the menu, learning a lot about his new customer base on the way. He says, “like most vegans like a spicy, sweet taste and many vegans do not like soy-based hot dogs. So I use plant-based hot dogs. I learned that from trial and error. It is very important to me to give my customers what they want. That is what keeps them coming back.”

Today, there are two vegan hot dogs on the menu: the Santa Fe and the El Diablo. “The first one starts off with a vegan hot dog on a bed of lettuce with chopped tomatoes, onions, corn, with my special sweet heat sauce,” says Wright. “The second has a vegan dog with chopped lettuce, sauteed onions, peppers, and topped with sweet mango salsa.”

Wright wrote on Facebook earlier this year that his vegan hot dogs are now his best-selling item.

On Being a Young Entrepreneur

On receiving the PETA award, Wright says it “was confirmation that kids can do great things if they focus and do research.”

There was also another, more personal side to the award. Excellency runs in the family. “My sister Mary-Pat Hector, who is older than me, has so many awards for helping the community,” he explains. “She even met with former President Barack Obama in the White House for some project. So when I won that award, people started seeing me and the things I was doing. That felt great. I felt a sense of pride.”

Wright says his favorite part of the job is meeting new people. But he’s also putting money aside for college and using it to buy science kits.

To other young entrepreneurs, Wright says “you are never too young to do great things,” but being well-researched is key.

“People will not take a young entrepreneur serious unless we know our stuff,” he says. “From permits to regulations about your business. Find a mentor and ask them questions. No question is a dumb question.”