Are you planning a trip? You might be inspired to after checking out the 15 best cities in the world for vegan food.

15 of the Most Vegan-Friendly Cities in the World 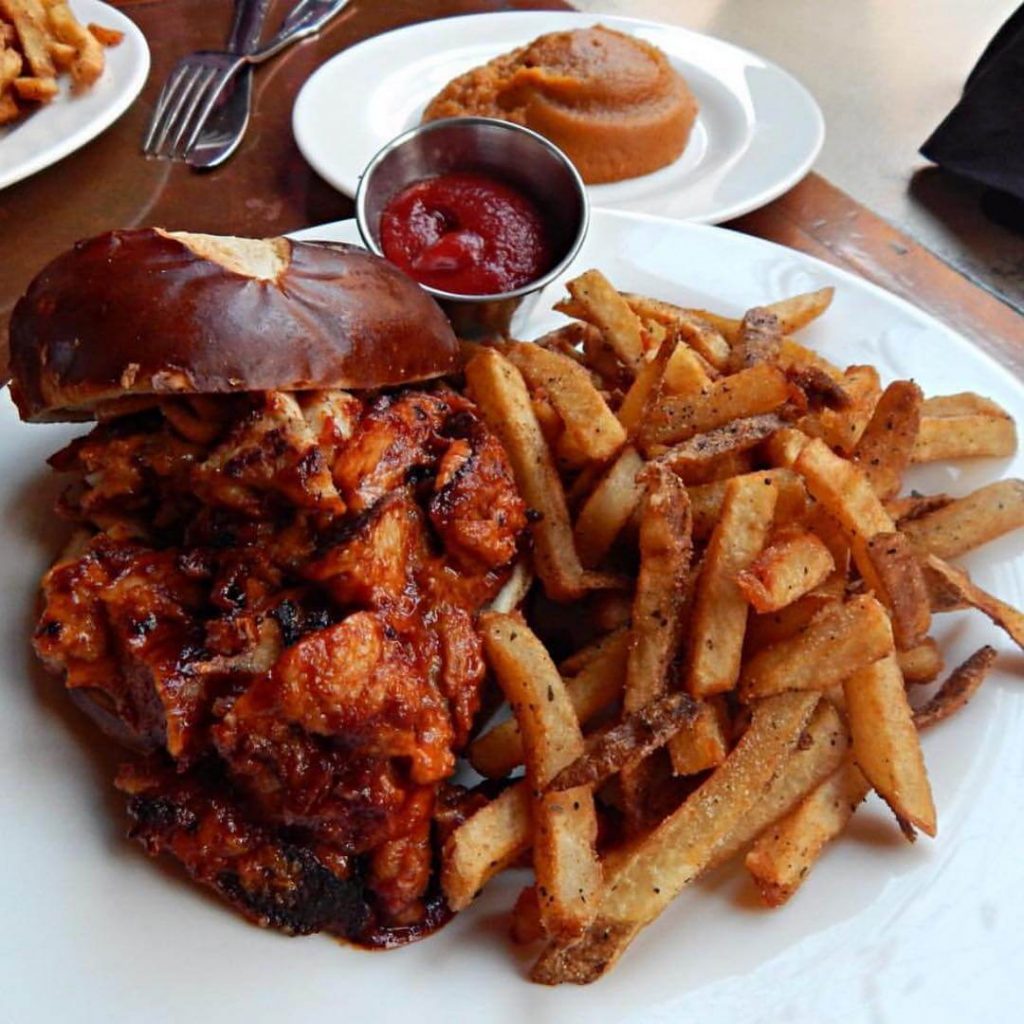 The Big Apple is one of the most vegan-friendly cities in the world. Not only is it packed with meat-free and plant-based restaurants, but many of its non-vegan restaurant menus are also plating up plant-based options. If you’re self-catering, many supermarkets – like Lifethyme, Whole Foods, and Trader Joe’s- throughout the city have shelves brimming with vegan food.

If you’re visiting the “City That Never Sleeps,” be sure to check out one of these five vegan-friendly restaurants:

1. Double Zero – celebrity chef Matthew Kenney’s pizzeria on 2nd Avenue. Kenney has a number of restaurants across New York City, including Plant Food + Wine, Sentio, and Bar Verde. For a full list, see here.
2. Seasoned Vegan – a soul food restaurant based in Harlem.
3. Kajitsu – this restaurant on 39th street serves shojin cuisine, a type of vegetarian cooking with its origins in Zen Buddhism.
4. Avant Garden – an upscale vegan restaurant with two locations in Manhattan and Brooklyn.
5. Beyond Sushi – a vegan sushi chain with locations across Manhattan. 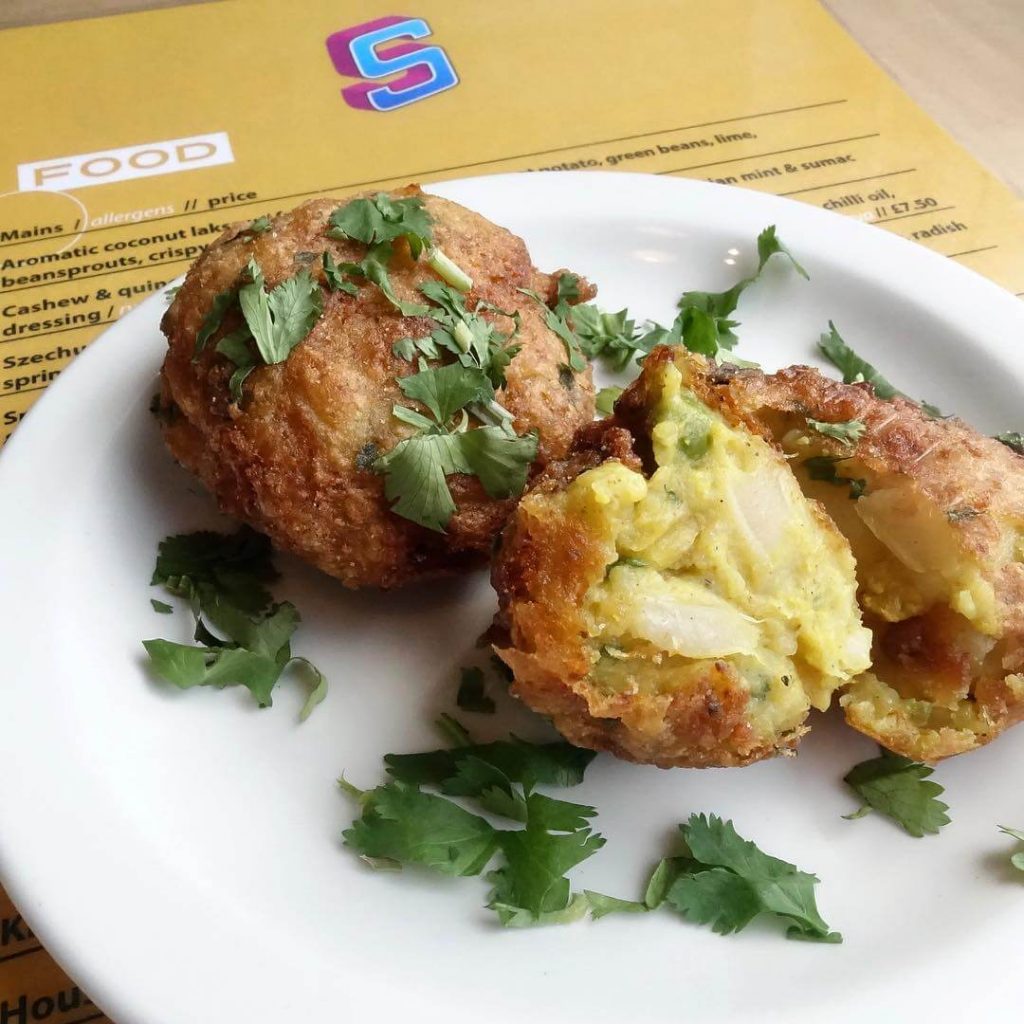 Bristol has a vegan scene to rival any capital city around the world. Located in the southwest of the UK, the maritime city has landed in the top 10 of many lists of the world’s best vegan-friendly destinations. Most recently, Chef’s Pencil named it as the number one destination for plant-based food in the world, edging out major European capitals like Berlin and London.

According to restaurant app Happy Cow, Bristol is home to a whopping 167 vegan restaurants. Here are five top picks: 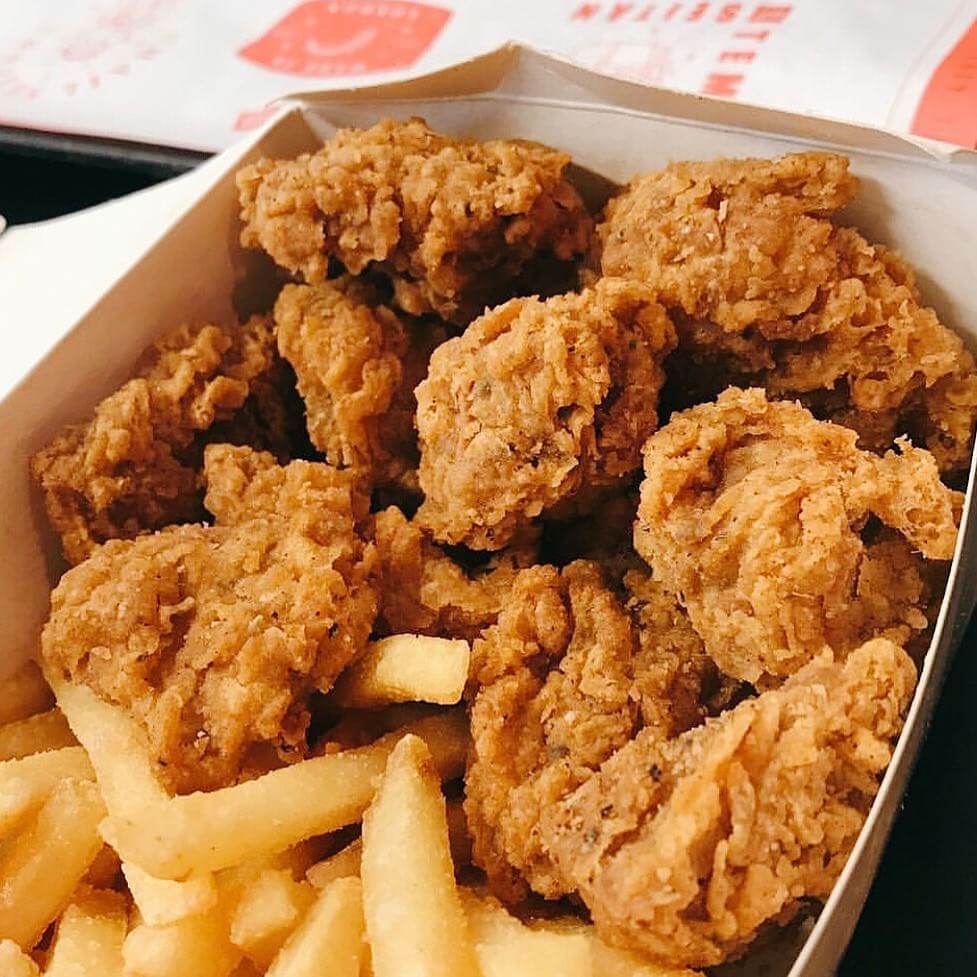 Alongside Bristol, London is one of the UK’s most vegan-friendly cities. In the capital, you can find vegan food at countless restaurants, independent grocery stores, supermarket chains, markets, and pop-ups. If you’re a party animal, head into Vegan Nights. Brick Lane’s monthly festival night celebrates everything plant-based, with live music, DJs, and lots and lots of indulgent, creative, tasty vegan food. If you prefer to keep things a bit more quiet and relaxed, you could take a trip up the OXO tower for a spot of vegan afternoon tea.

Whatever you fancy, London should be able to deliver. If you’re planning a meal out, here are five top vegan restaurant picks:

1. Temple of Seitan – a vegan fried chicken fast food-style restaurant with locations in Camden and Hackney.
2. Vantra Loungevity –  lounge bar serving steamed and raw vegan food on Wardour Street.
3. Gauthier Soho – It’s not entirely vegan yet, but it will be in the near future, as owner Alexis Gauthier has pledged to transform the whole menu to plant-based. For now, there are plenty of vegan options on the menu to get stuck in to.
4. By Chloe – vegan fast-casual restaurant in Covent Garden and Tower Bridge.
5. Club Mexicana – a vegan Mexican restaurant in Dinerama. 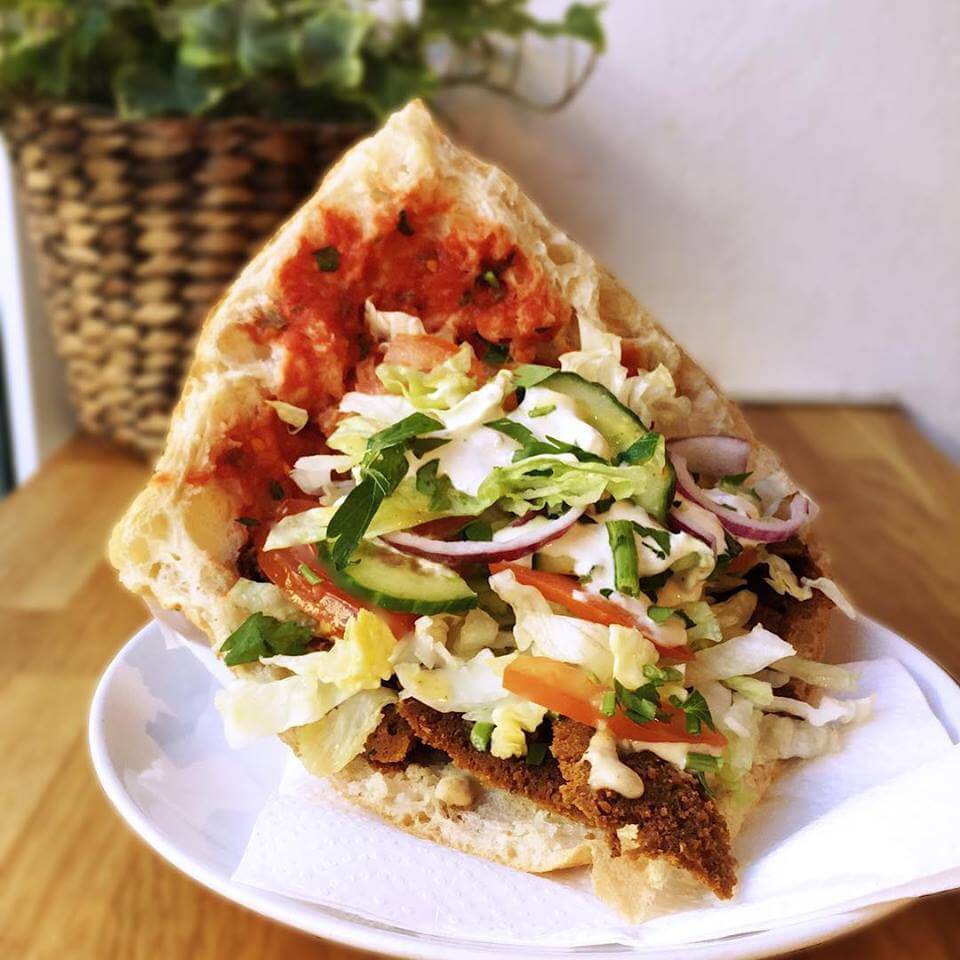 Germany’s capital city has so much to offer; from art to history to culture, it doesn’t disappoint and neither does its vegan food scene. If you’re looking for junk food, raw food, smoothies, donuts, or snacks, this city has you covered. If you prefer to cook for yourself, Berlin is also brimming with organic supermarkets where you can buy whole food produce. Try Veganz, Basic Bio, or Alnatura, for example. If it’s a sit-down meal you want, try one of these top five restaurants: 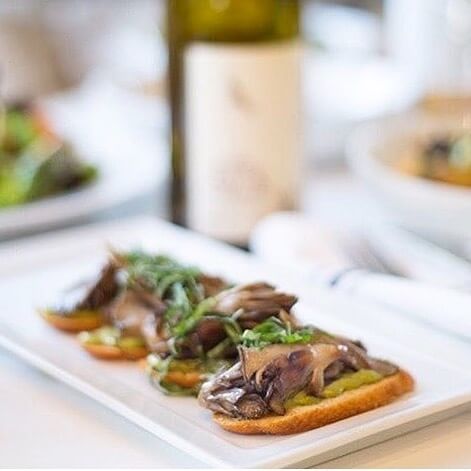 Los Angeles is arguably one of the easiest places on the planet to be vegan. Among a plethora of plant-based restaurants, cafes, supermarkets, and independent grocery stores, the southern city even has its own vegan milkman, a Jewish delicatessen that makes pastrami out of mushrooms, and an In-n-Out style vegan burger joint. Every year it also plays host to Eat Drink Vegan, which is basically a plant-based foodie version of Coachella. If it’s a regular restaurant experience you’re after, here are top five restaurant picks: 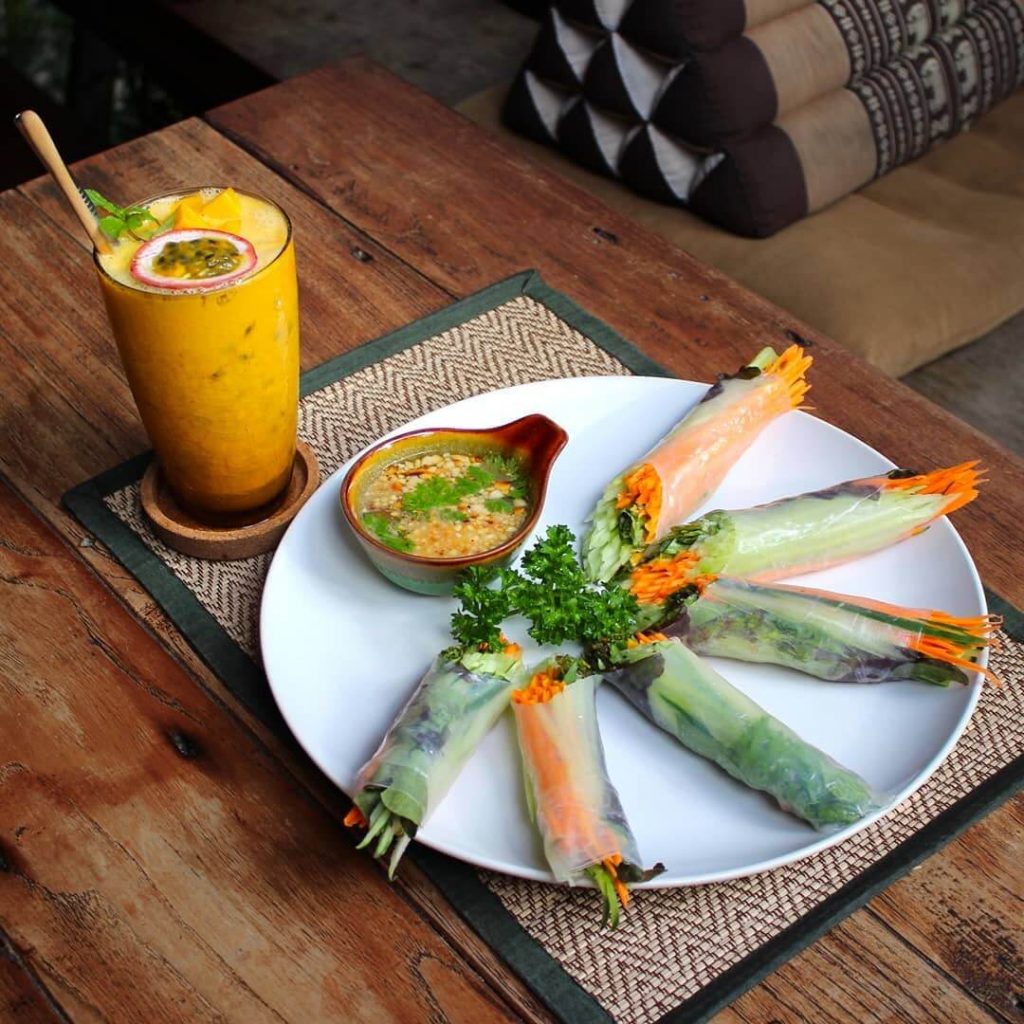 Chiang Mai, a backpacking hotspot and one of the most relaxed destinations in South East Asia, is also a vegan haven. According to Happy Cow, the northern Thai city has much to offer in terms of cuisine, with plant-based Thai, Burmese, Indian, Chinese, and Western on offer.

Here are five of the top restaurants to check out if you’re visiting the laidback northern jewel of Thailand any time soon. 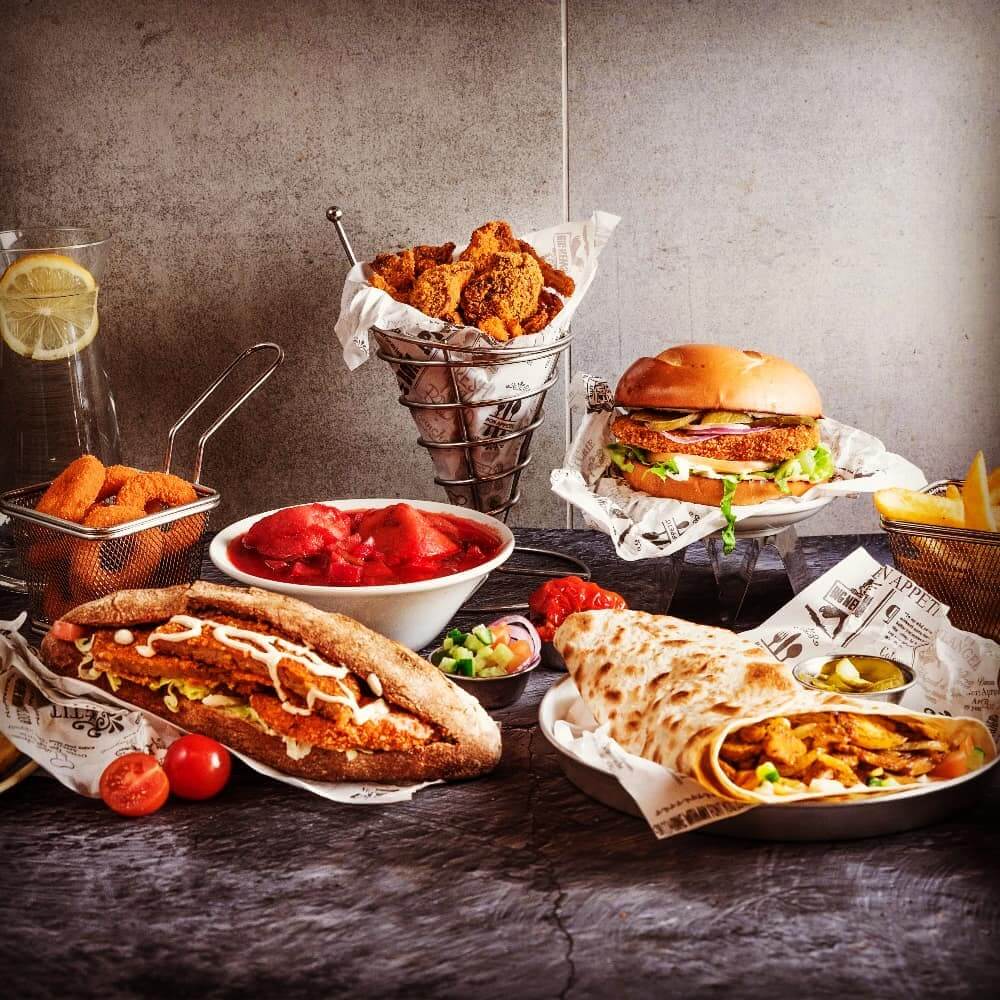 Tel Aviv in Israel has long been at the forefront of the vegan movement. Last year, at Tel Aviv Pride, a vegan LGBTQIA+ float joined the parade to send a message of compassion to all, and in March 2018, the city held its fifth annual “Vegan Congress,” which has doubled in size since the first event was held in 2014. “We will continue to carry the banner of veganism in Israel and lead the field with great pride,” said Omri Paz of Vegan-Friendly, which sponsored the event.

As is to be expected from a city often dubbed the “vegan capital of the world,” Tel Aviv is also home to a number of vegan restaurants. Here are our five top picks:

1. Dosa Bar – an Indian restaurant that serves a variety of vegan street food.
2. Anastasia – one of the city’s first vegan restaurants. It serves healthy raw and gluten-free food, as well as sandwiches and vegan cheese platters.
3. Restaurant 416 – this is one of the top-rated restaurants in the city. Enjoy a fine-dining experience and tuck into dishes like seitan shawarma and lemon parfait.
4. Nature Boys – a vegan fast food joint with a twist; there is no frying of any food involved.
5. Meshek Barzilay – a fully vegan and organic restaurant that serves a variety of dishes, including breakfast, pancakes, and Indian Thali. 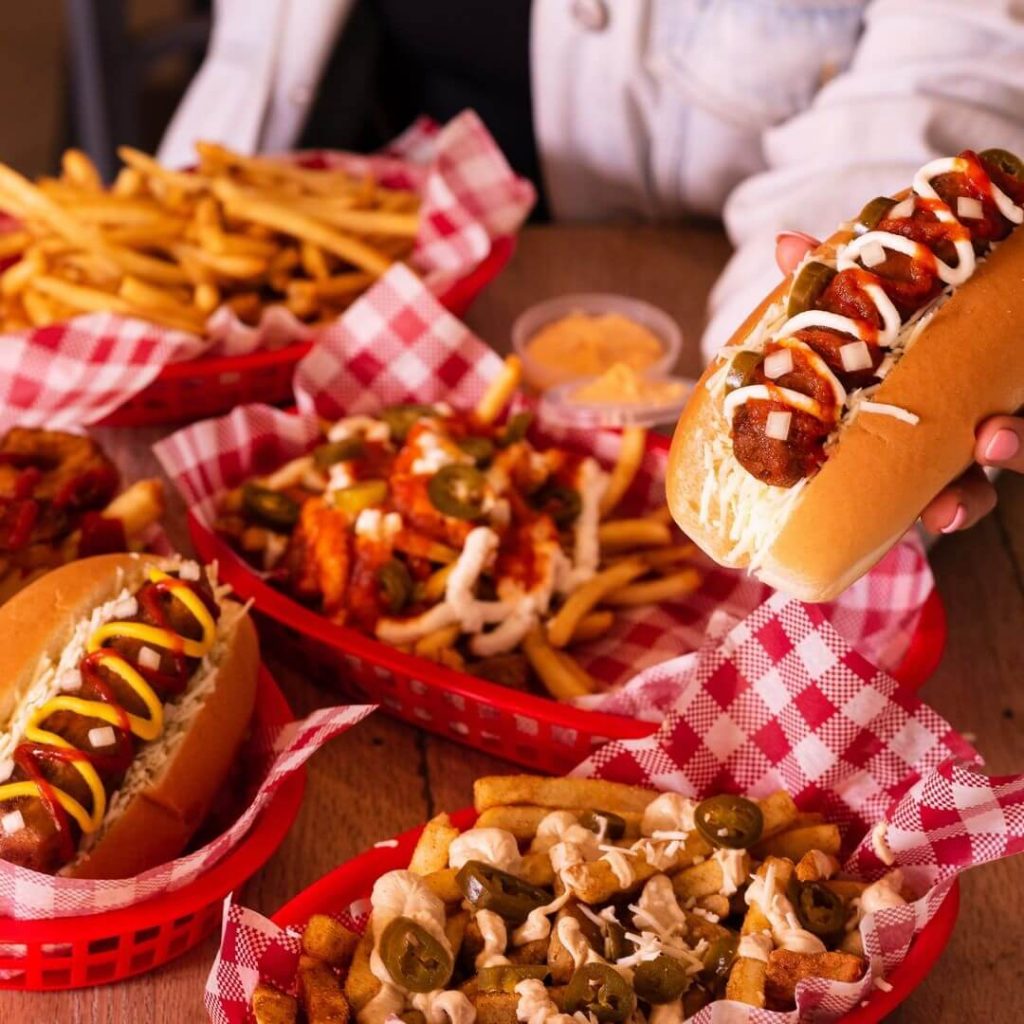 Melbourne, the Australian capital of Victoria, is one of the most visited destinations in the country thanks to its location on the coast. It’s packed with things to do, including museums and nightlife, and is home to some beautiful beaches. When you tire of the sand, Melbourne is also a vegan travelers paradise, with plenty of choice to please even the fussiest of eaters. Here are our five top restaurant choices:

1. Lord of the Fries – the meat-free fast food joint is one of Australia’s most popular vegan destinations, and there are six located in Melbourne.
2. Smoothme Superfood Bar – a vegan bar that serves açaí bowls and smoothies as well as cheesecake and savory bagels.
3. Crossways – a vegetarian restaurant that serves an all-vegan buffet for lunch.
4. Saravana Bhavan – an International vegetarian chain that sells South Indian meat-free cuisine.
5. Realfoods Organic Cafe – serves a variety of raw vegan and gluten-free meals. 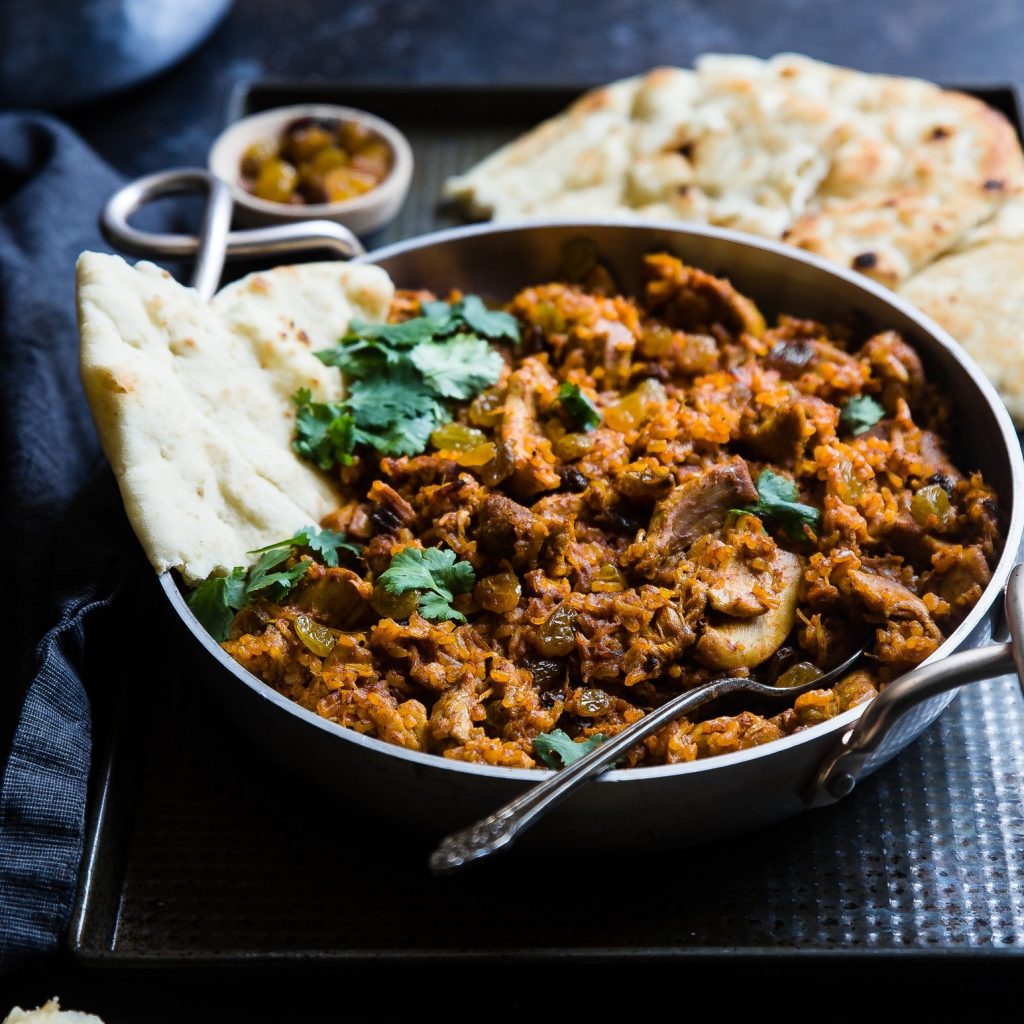 Chennai is the most vegan-friendly city in India

Chennai, located on the eastern coast of India, was recently crowned India’s most vegan-friendly city – no mean feat for a city in a country that prides itself on vegetarian cuisine. Animal rights organization PETA (People for the Ethical Treatment of Animals) awarded the city its title. CEO of PETA India Dr. Manilal Valliyate said at the time, “global interest in the vegan lifestyle has never been higher, and Chennai is leading the country in responding to it.” As you would expect, many restaurants in Chennai offer vegan options, but these are our top five: 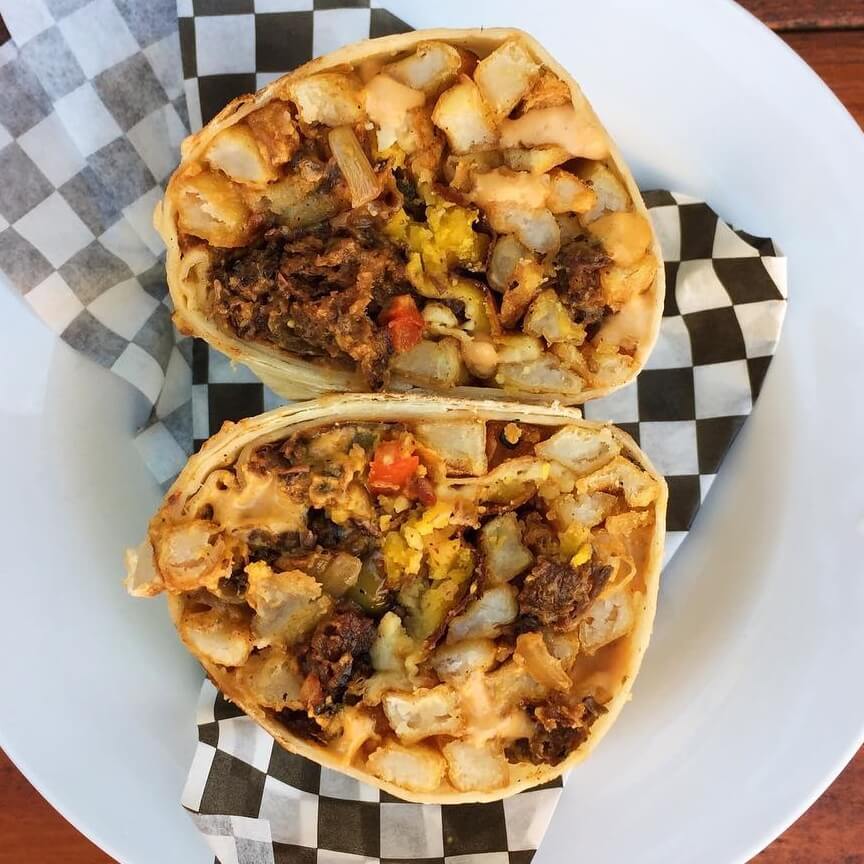 Portland in Oregon really is the place to be if you’re after lots of vegan food choice. The city is packed with options and is frequently acknowledged as one of the most vegan-friendly destinations in the U.S. The city is so cruelty-free, it’s even home to an all-vegan strip club. If it’s just food you’re after, here are our five top restaurant picks: 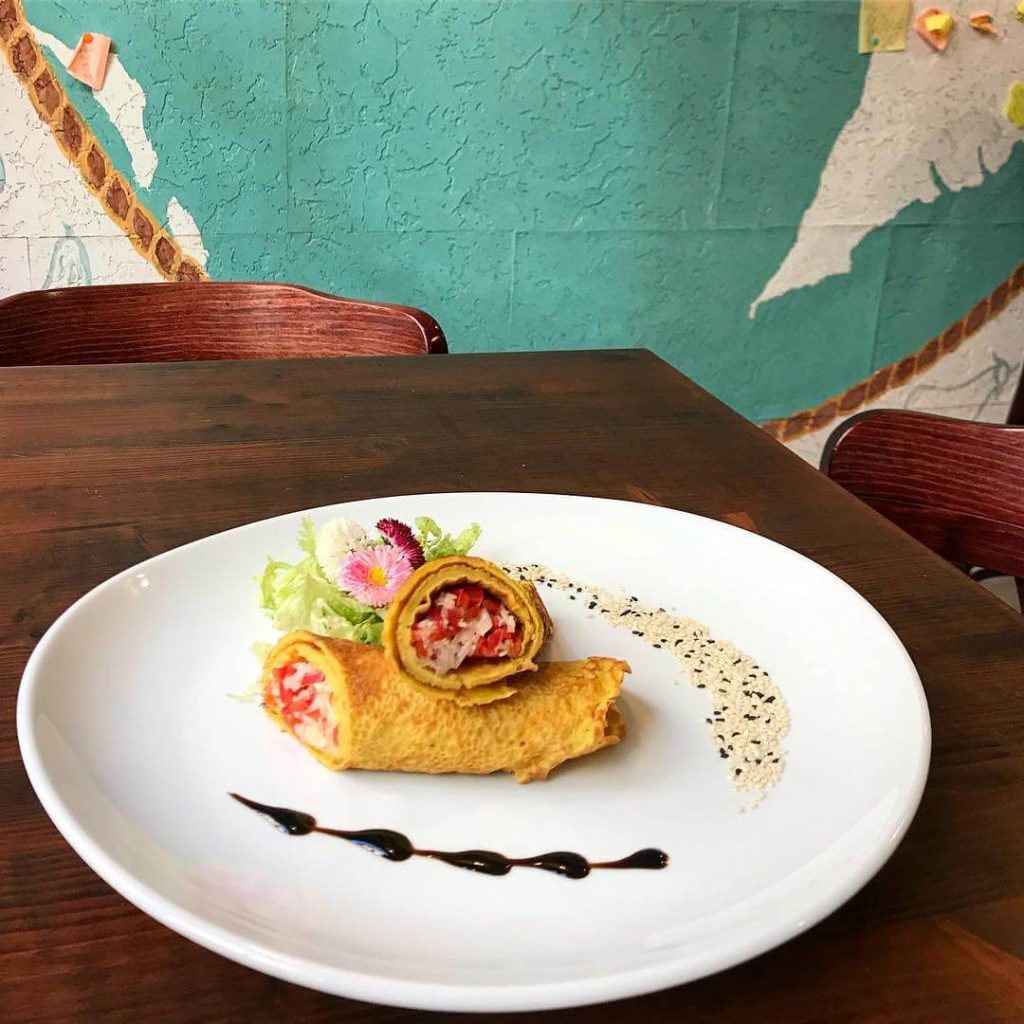 The capital of Hungary is super popular among backpackers, thanks to its cheap bars, rich history, and pretty architecture. It’s also a hot spot for vegan food, with plenty of variety on offer. See below for our top five Budapest vegan restaurant picks: 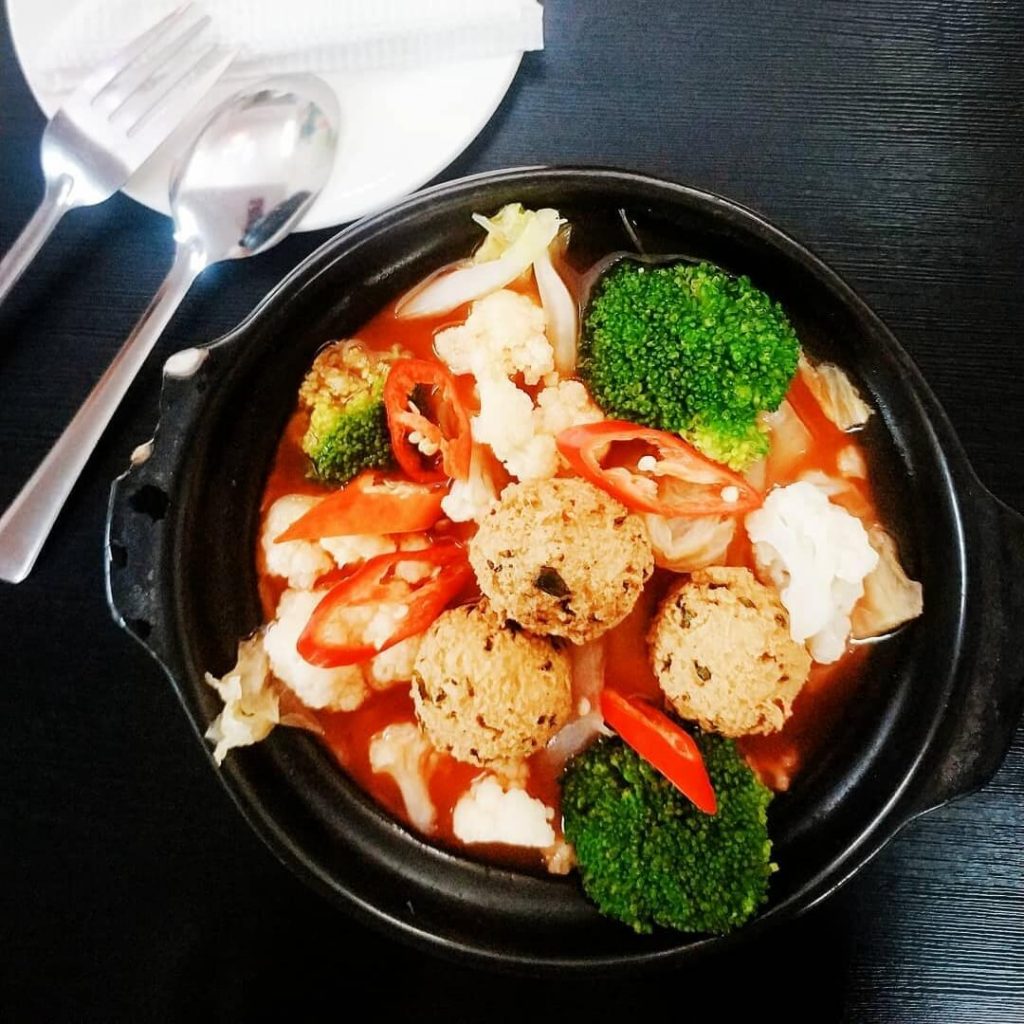 Ho Chi Minh City is a Vietnamese jewel; it’s busy, it’s bustling, it’s full of history, and you guessed it, its vegan scene isn’t half bad either. There aren’t many things to keep you away from Ho Chi Minh City, so if you do decide to visit, try one of these five top restaurants:

1. The Organick House – a veggie restaurant serving a number of vegan dishes and a variety of smoothies and juices.
2. Hum Vegetarian – the veggie chain has a few locations across the city. It offers healthy plant-based dishes and raw vegan options.
3.Veggie Saigon – a restaurant serving vegan and vegetarian traditional Vietnamese dishes, including seaweed spring rolls.
4. A Di Da Phat – a vegan Vietnamese restaurant with plant-based meats on the menu.
5. Prem Bistro and Cafe – stop at this vegan-friendly cafe for a spot of scrambled tofu or a quinoa stir fry. 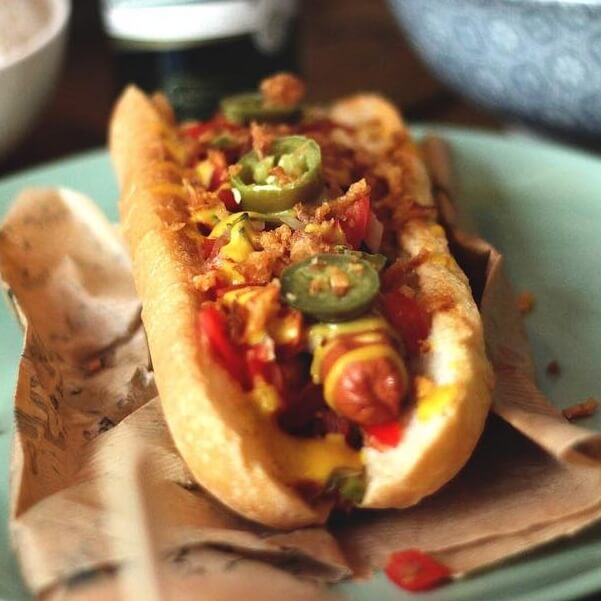 There isn’t much not to love about Prague, the capital of the Czech Republic. The medieval city is the largest in the country and as you may already be aware, is steeped in fascinating history and architecture. If you’re visiting the capital and need to rest your weary feet after all that sightseeing, try one of these five restaurants: 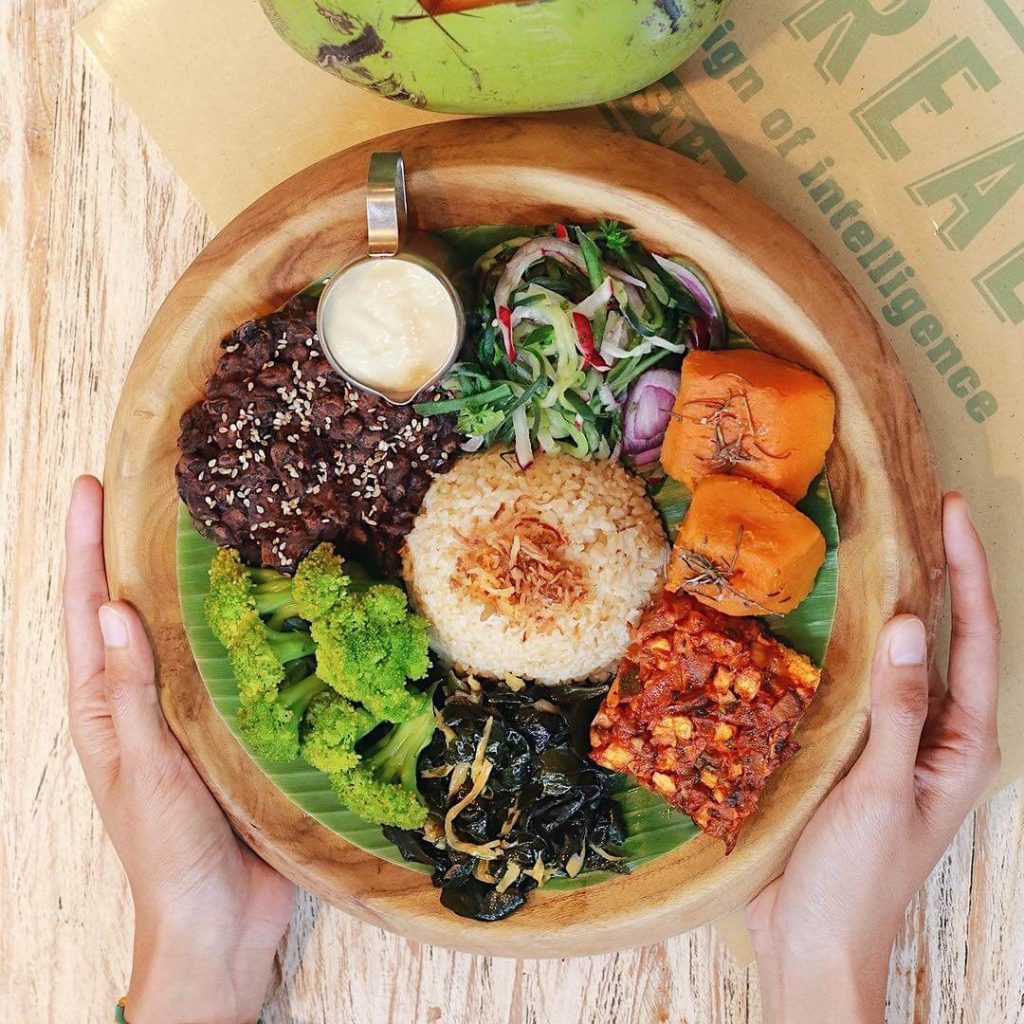 Fancy sunning yourself in beautiful Bali? In between beach stops, head inland to busy Ubud, where you can visit temples, markets, and lots of vegan-friendly restaurants. See below for our top picks:

1. Clear Cafe – a vegan-friendly cafe with a focus on serving international cuisine made with locally-sourced produce.
2. Sage – a vegan restaurant serving burgers and burritos, as well as indulgent cakes, like banana bread.
3. Earth Cafe – a vegan cafe serving a variety of healthy plant-based dishes.
4. Kafe – stop by this plant-based cafe for a healthy organic brunch.
5. Warung Sopa – a traditional Indonesian buffet-style warung with plenty of plant-based food options. 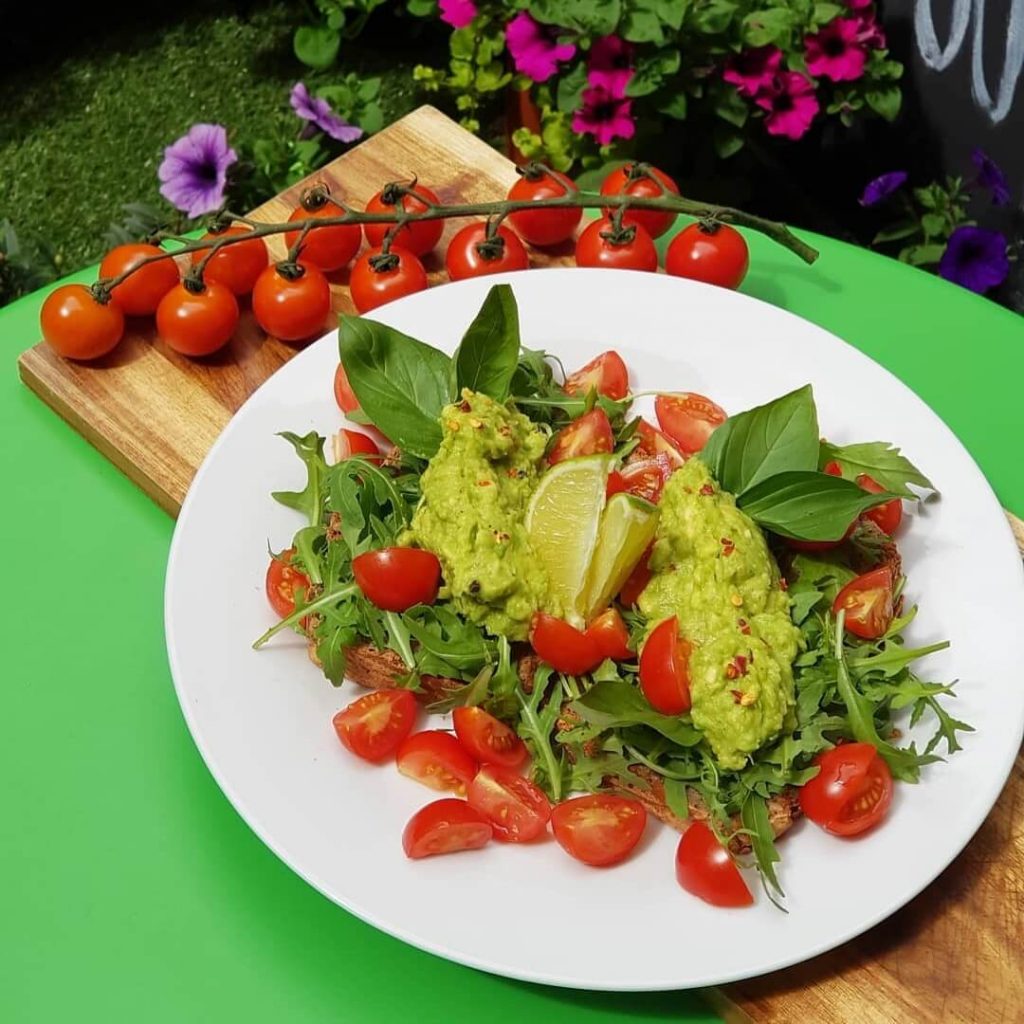 Scotland’s capital, Edinburgh, is popular for a number of reasons; it’s home to a castle, a diverse music and art scene, and plenty of beautiful architecture. It’s also home to a growing vegan scene and has plenty of plant-based restaurants for hungry travelers to fuel their busy sightseeing schedule. See below for a list of five top picks:

1. NovaPizza Vegetarian Kitchen – this veggie pizza and pasta restaurant has an extensive vegan menu filled with dairy-free cheese and plant-based meats.
2. Holy Cow – a vegan cafe with a focus on using sustainably sourced local produce.
3. Naked Bakery – a vegan bakery serving a variety of sweet treats and savoury options, including toasties and soups.
4. David Bahn – a vegetarian restaurant serving a variety of dishes, including aubergine, chickpea and cashew kofta and smoked and marinated tofu.
5. Beetroot Sauvage – a vegan cafe serving smoothies and juices; it also hosts yoga classes and a weekly vegan market.