Happy Cinco De Mayo! This day is a celebration of Mexican culture, its people, and its traditions. The day originated on the 5th of May, 1862, marking the defeat of the French Army in Mexico during the Battle of Puebla (“Batalla de Puebla,” in Spanish).

Cinco De Mayo celebrations are not just held in Mexico; people across Los Angeles, San Francisco, San Jose, Phoenix, and more can be found enjoying the festivities. Cinco De Mayo can be celebrated with parades, street fairs, dancing, and of course, by enjoying Mexican food.

So, if you’re in the mood to enjoy a feast of vegan Mexican cuisine this 5th of May, here are 15 plant-based recipes to get you started. 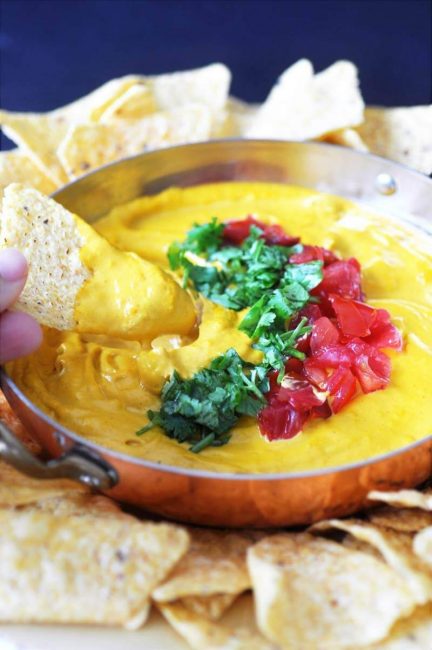 When a recipe is vegan and gluten-free, yet oh-so-creamy, dreamy, and all about that melted dairy-free cheese, it’s a must-have at any table, especially during Cinco De Mayo! Cholesterol clogs the lining of one’s arteries, but this dish can be enjoyed guilt-free, and heart-happy! 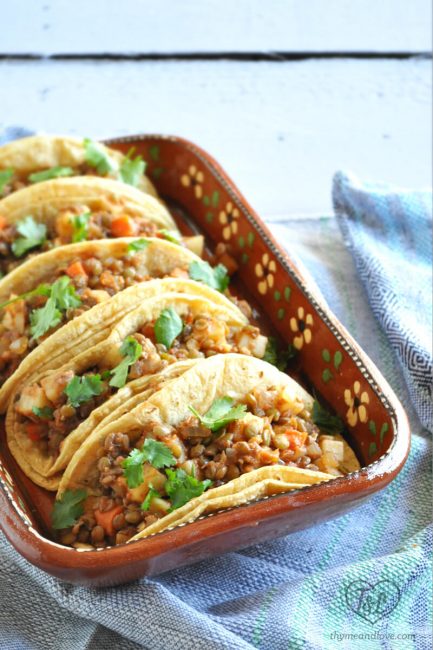 This recipe is perfect to please any vegan or omnivore. Hearty, flavorsome, and super filling, you’ll want to make Taco Tuesday every day of the week! 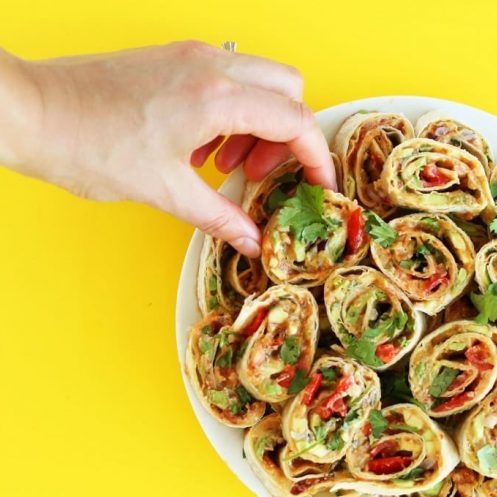 “Easy, 6-layer Mexican pinwheels with refried beans, avocado, vegan Mexican cheese, and more! The perfect savory, satisfying side, snack or appetizer!” explains the recipe author, Minimalist Baker. If one eats a whole plate, or two, of these pinwheels, it counts as a balanced meal, right? Asking for a friend… 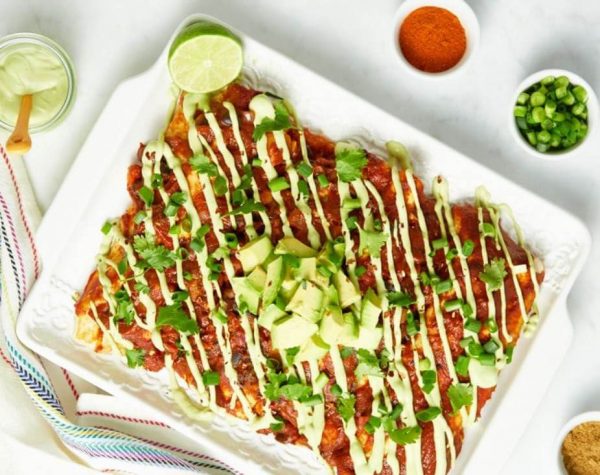 These vegan enchiladas are next level. | Oh She Glows 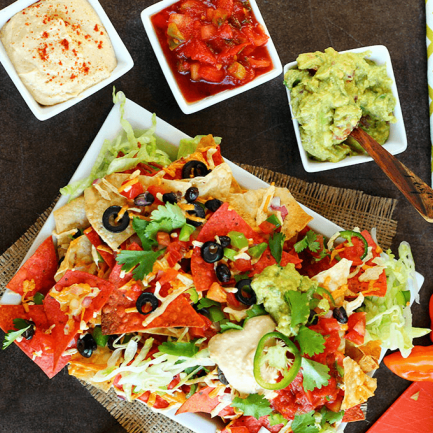 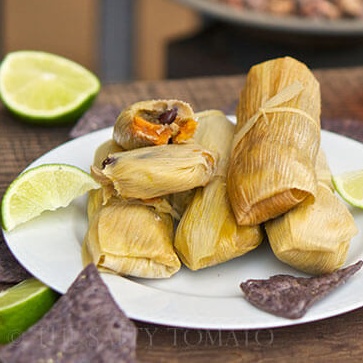 No matter the usual diet of guests, these tamales could satisfy anyone’s cravings for Mexican food and will level up your food game ten-fold. 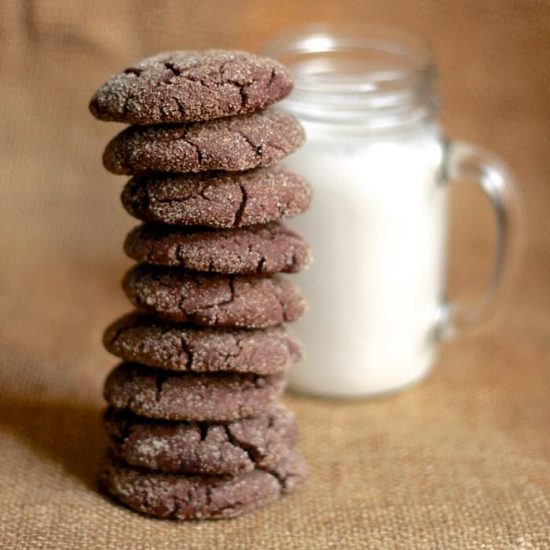 These snickerdoodles are a vegan take on a traditional Mexican treat. | The Veggielogues

This vegan take on a Mexican traditional treat is the perfect thing to serve at a Cinco De Mayo party. It’s soft, decadent, and melt-in-your-mouth delicious—no one would even know it’s animal product-free. 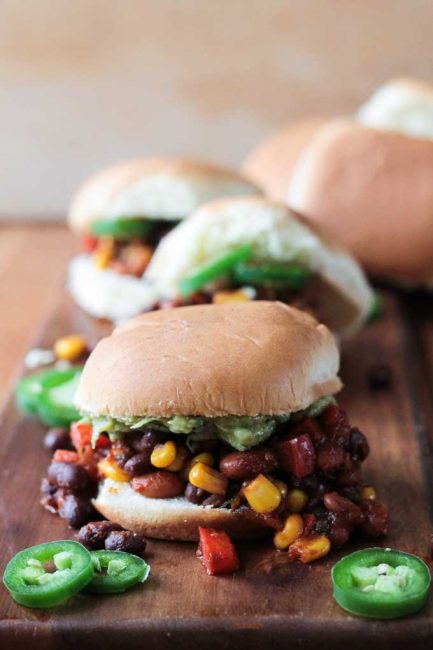 When a classic Western sloppy joe meets the flavors of Mexico, magic happens! This dish is perfect for those who love a messy meal. 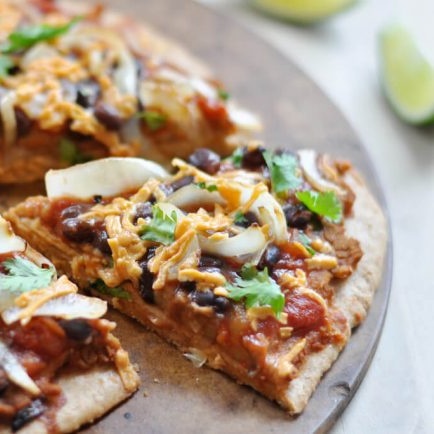 This Mexican recipe is perfect for pizza lovers. | The Colorful Kitchen

If you’re a pizza-holic and keen to celebrate this Cinco De Mayo day, you need this recipe in your life. Thank us later. Cook it on a pizza stone for an extra-crispy crust. 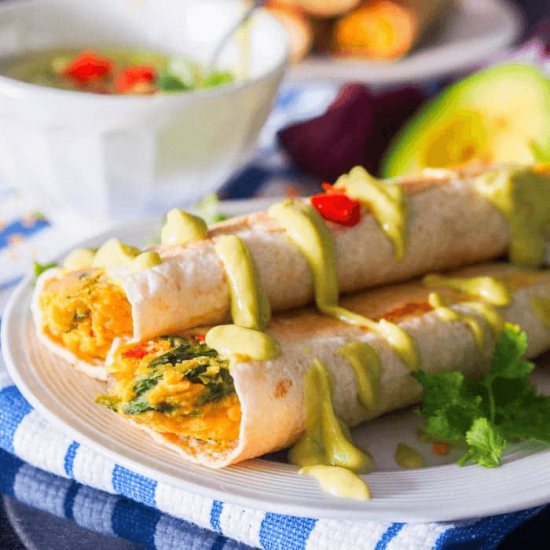 These vegan taquitos are packed with veggies. | Avocado Pesto

This vegan and gluten-free recipe packs a punch of flavor and has 20g of protein per serving. If you’re looking to follow a diet that balances hearty indulgence with nourishment, this dish is a goer. 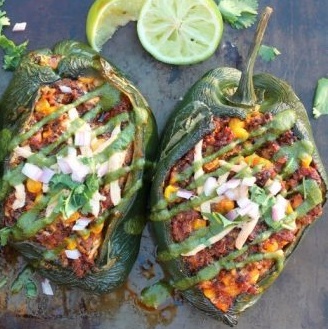 If you love fun food that is light, yet won’t leave your stomach grumbling during the night of salsa that follows, whip up some of these before you hit the dance floor. 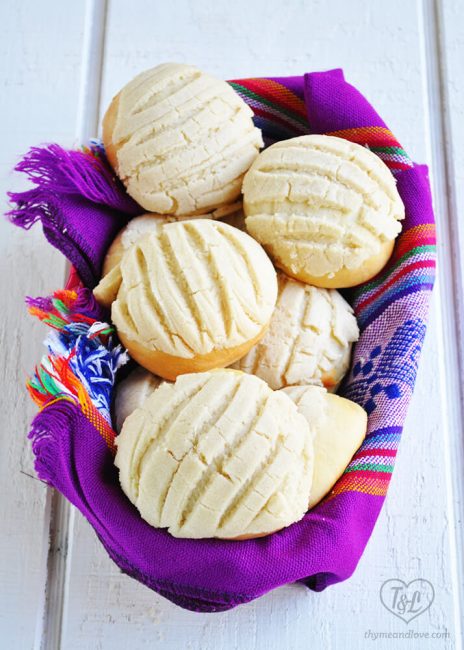 Try these vegan conchas for dessert. | Thyme and Love

In Mexico, it’s not unusual for a basket of pan dulce to arrive at the table before placing an order. This recipe delivers the bread you love without the dairy or eggs. 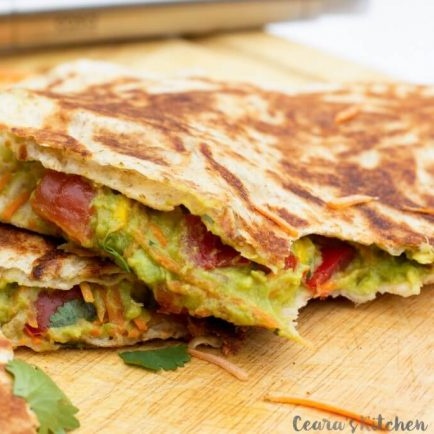 These quesadillas are filled with guacamole. | Ceara’s Kitchen

When guacamole and quesadillas are untied, scrumptious things happen! 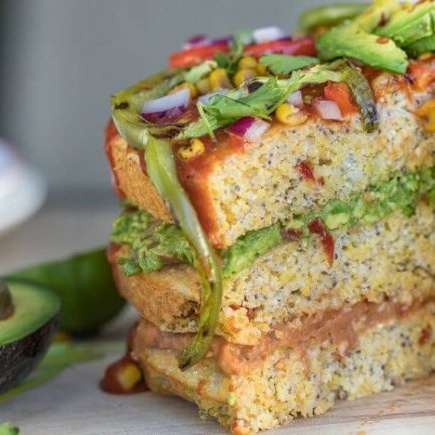 Vegan, gluten-free, and oil-free food has never tasted so good! Kudos if you demolish the whole thing in one sitting. 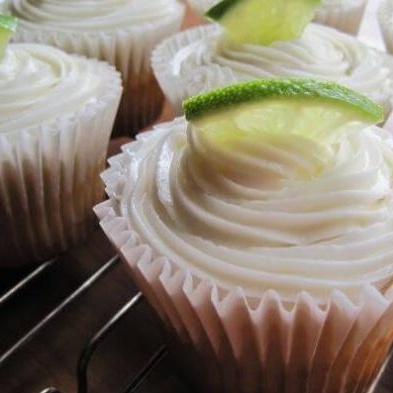 Take the edge off after a night of feasting and entertaining with a boozy cupcake, or two!