Bite into 2018 in the best way possible — with home-cooked vegan recipes, of course. Whether you’re new to this whole plant-based vegan thing or you’ve been at it a good minute, you can always up your game with some stellar new cookbooks to give you a few spins on your faves.

Whether old or new, all of these vegan cookbooks are classics — filled with drool-worthy must-have recipes that you’ll turn to again and again.

Nothing beats a scrumptious home-cooked meal bursting with fresh fruits and veggies. So, no matter what recipes you’re cooking up, check in with your local farmers market for the best in local and seasonal produce. And by all means: do make enough to share! These cookbooks are worthy excuses to get the gang together for a family-style meal. 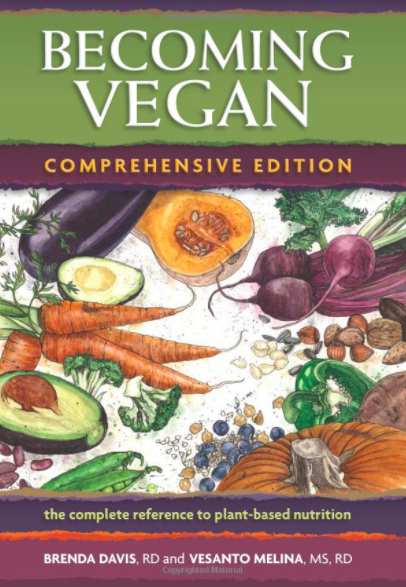 Great cooking starts with a great understanding of food. Not only does this help with nutritional requirements, but it can also provide valuable insight for flavors as well. And it’s all detailed in the essential title, Becoming Vegan. You’ll find this a valuable resource for eating with the seasons, eating a well-balanced diet, and scrumptious recipes to get you going. 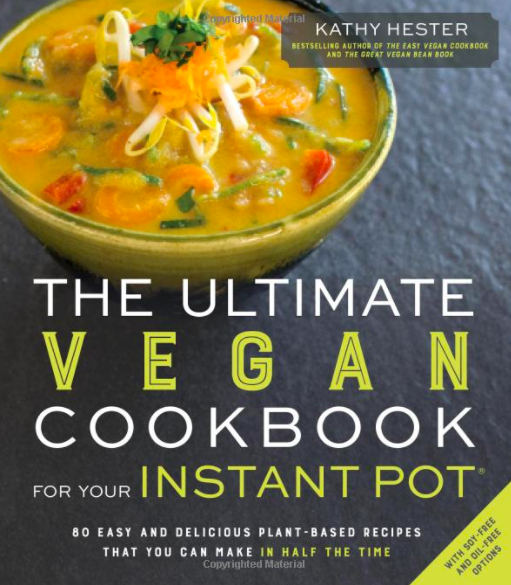 2.The Ultimate Vegan Cooking for Your Instant Pot

What’s an Instant Pot, you ask? Only your new BFF…times six. This kitchen essential does everything — it speed cooks beans, rice, stews, soups. And it even makes yogurt (vegan, of course)! I know. Put a ring on it, folks. It’ll cut your cooking time to mere minutes and take flavor up past eleven. Prefer the slow method? Yes, you can even use this as a crockpot slow cooker. And with Hester’s tips, you’ll be chin deep in delicious soups, stews, curries, and much, much more at least until the spring thaw. 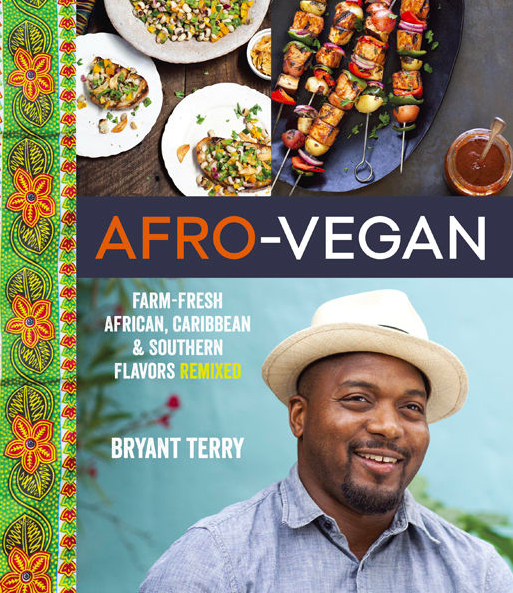 Africa, the Caribbean, and the American South all have one thing in common: warm climates that mean access to a wide array of fresh fruits and vegetables year-round. What to do with all that bounty? While each region has its own unique flavors and preparations, Terry melds them magnificently with another theme: they’re all vegan. Whether you like spicy tofu curry or Southern blackeyed peas with cornbread croutons, you’ll be turning the pages of this one again and again. 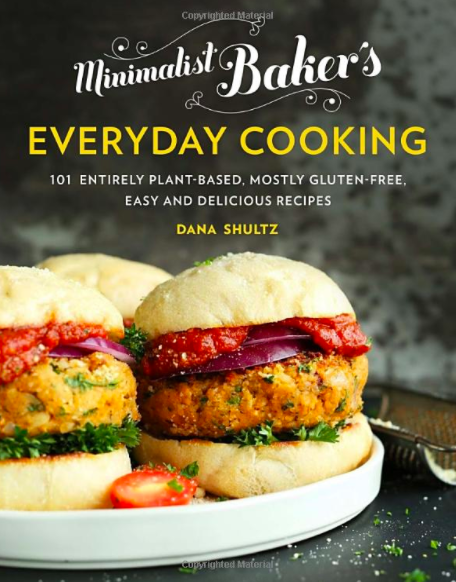 Don’t let “minimalist” fool you. These recipes aren’t overly simplified or lacking. Quite the opposite. Shultz lets the flavors of the plant kingdom take center plate. They’re satisfying enough for your meat-loving friends and simple enough for a quiet dinner for two. 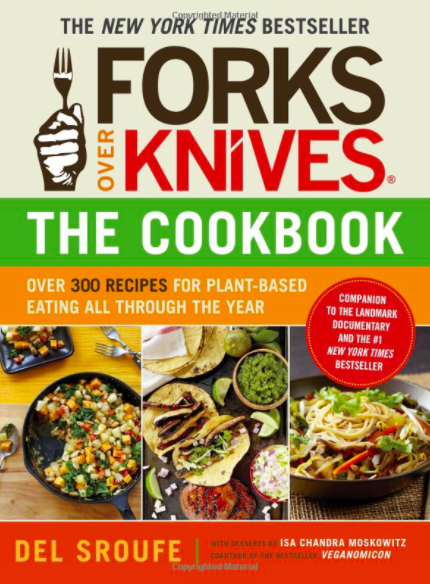 5. Forks Over Knives – The Cookbook: Over 300 Recipes for Plant-Based Eating All Through the Year

Yes, it was a movie. And a game-changing one at that. But the folks at Forks Over Knives aren’t merely merchandising a franchise, they’re changing lives by the thousands. The delicious whole food and plant-based meals are simple yet satisfying. You won’t miss the meat, but you will miss these meals once they disappear from your plate. 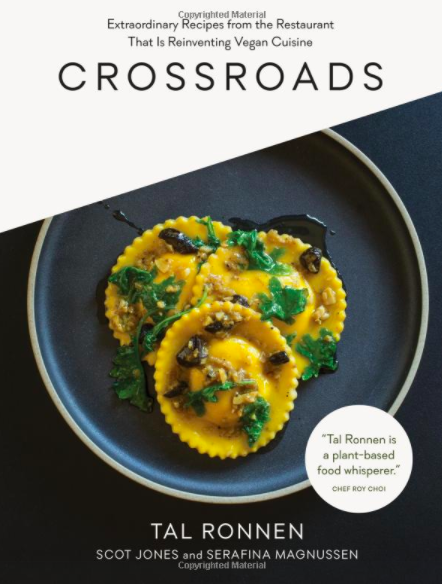 6. Crossroads: Extraordinary Recipes From The Restaurant That Is Reinventing Vegan Cuisine

Vegans in Los Angeles will often argue about the best vegan burger, burrito, donut…but everyone will agree that if you want the very best vegan meal in the City of Angels, you have to go to Crossroads. The West Hollywood spot is home to chef Tal Ronnen who works seasonal flavors into guilt-free decadence. But save yourself the plane ticket and instead dive into the official Crossroads cookbook and learn how to master all of Ronnen’s delicious secrets. 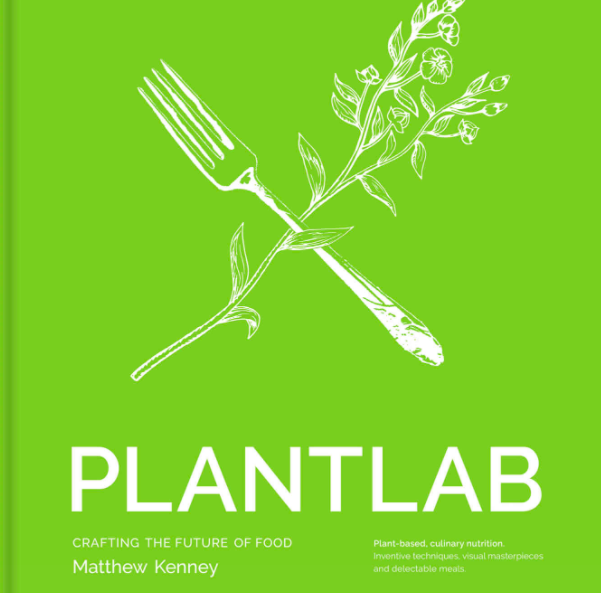 7. PLANTLAB: Crafting the Future of Food

“Crafting the future of food” isn’t just fancy book-selling wordplay. It’s the truth. That’s because Kenney is from the future. His recipes are cultural commentaries, works of art, and tools for saving the planet all wrapped in one delicious vegetable lasagna. Don your spacesuit for these interstellar creations. Commencing countdown…. 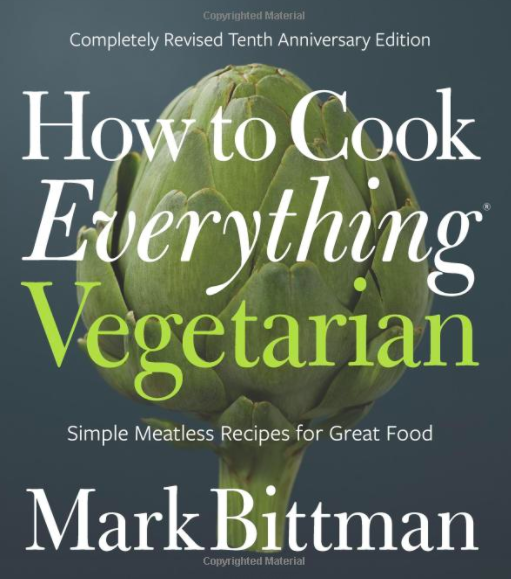 8. How to Cook Everything Vegetarian

The only book on this list that’s not 100 percent vegan, but Bittman’s classic is a must for every kitchen, vegan or not. The former NY Times food writer is to vegetables what Julia Child was to French cooking. He’s the master, the enthusiast, and the expert when it comes to cooking plants the right way. And it’s easy enough to swap out eggs, milk, and cheese as needed. Make room on your cookbook shelf for this one, and maybe buy a backup because you’re going to use the heck out of this. 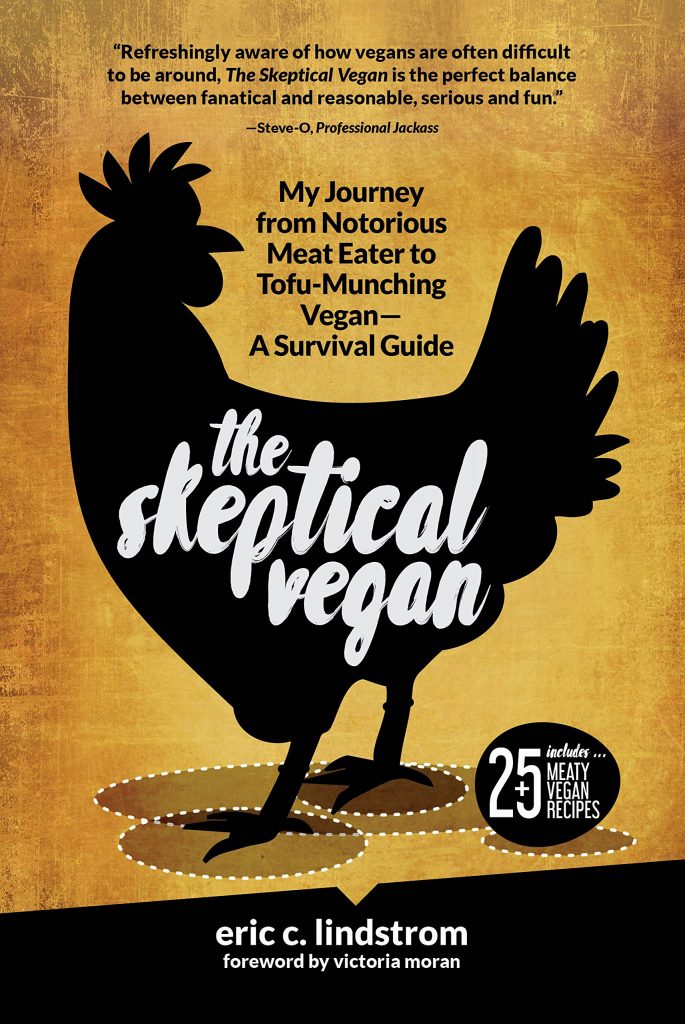 Part memoir and part cookbook, Lindstrom takes readers on a journey many of us can relate to, whether we’re vegan or not. It’s a journey of self-discovery, of reckoning, and one with a deliciously happy ending. Get through the story first, or skip right to the recipes and cook your way through as you read Lindstrom’s story. 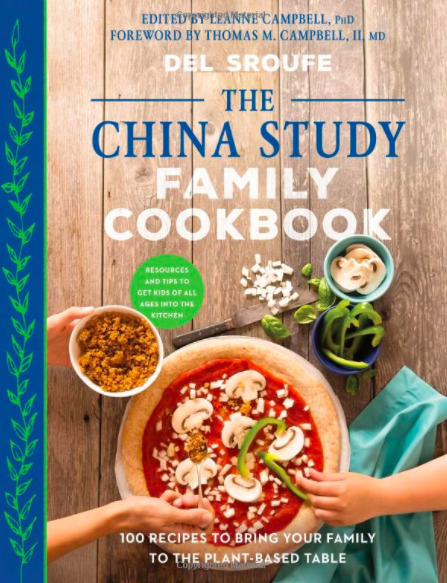 10. The China Study Family Cookbook 100 Recipes to Bring Your Family to the Plant-Based Table

If The China Study sounds familiar, you’ve likely read about Dr. T. Colin Campbell’s revolutionary study that discovered numerous human health benefits of shifting to a plant-forward diet. Here, that ethos is translated into a language everyone can understand: delicious, simple, and oh-so-satisfying vegan recipes. 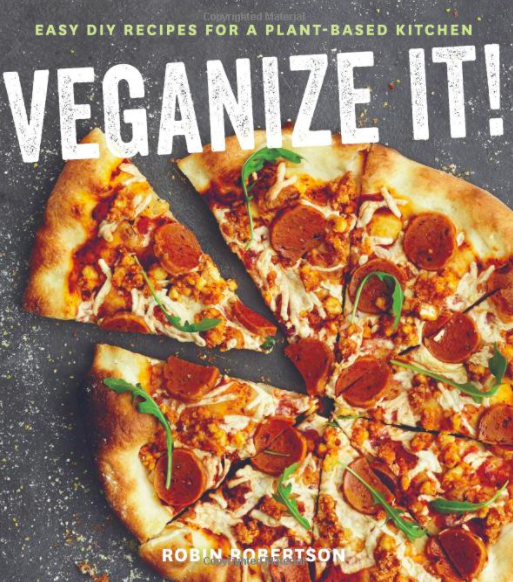 One of the biggest misconceptions of the vegan diet is that it’s a sacrifice. But nothing could be further from the truth. Plant-based recipes are bursting with flavor, texture, and variety. And Robertson showcases plenty of ways to turn classic meat, egg, and dairy dishes into healthier, tastier, and better-with-plants versions of themselves. 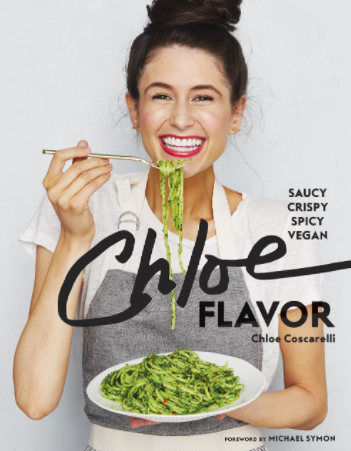 If you want to know what pure joy tastes like, look no further than the reigning queen of vegan cooking’s most recent offering. Coscarelli’s attention to detail, to nuance, and to downright deliciousness, make her recipes not only a joy to eat but a joy to read as well. She’s vegan personified. 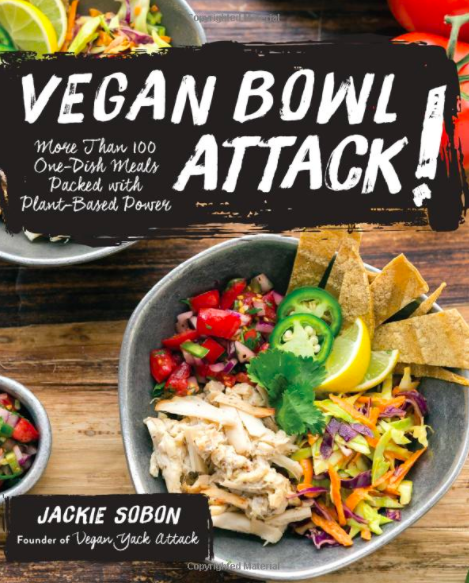 The Vegan Yack Attack chef makes everything fun. And here, she makes everything easy, too, with more than 100 one-dish meals that are anything but boring. Her explorations with flavor will have you wondering how you ever lived without these recipes until now. 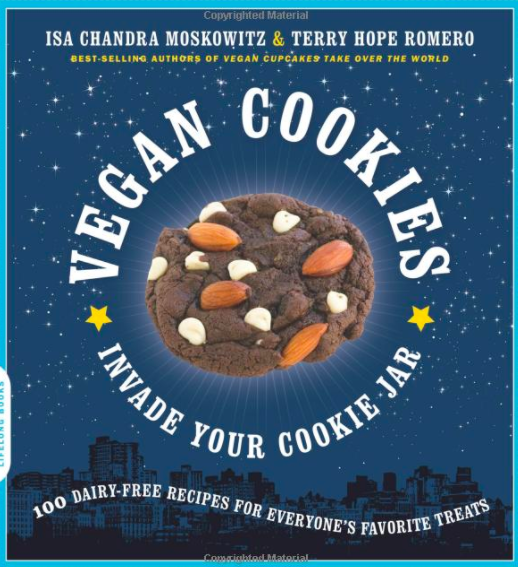 You don’t have to wait till next Christmas to whip out the cookie magic. This book takes the fear out of baking and then some. Try the walnut biscotti recipe. Trust. 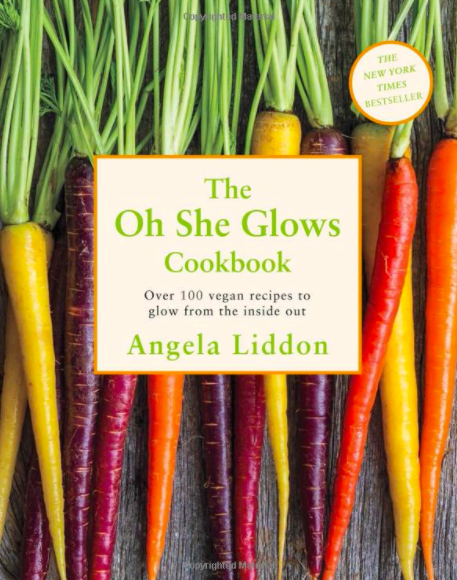 15. The Oh She Glows Cookbook: Over 100 Vegan Recipes to Glow From the Inside Out

There’s a good reason this made the NY Times bestseller list. Actually, make that over 100 reasons. These simple, vegetable-forward recipes are all you need for a healthy and delicious 2018. 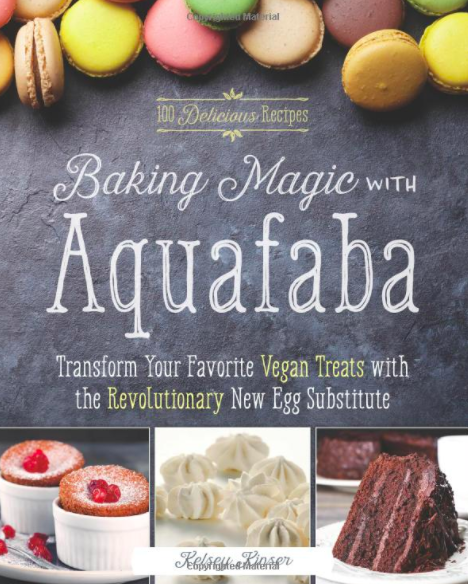 You know how you felt when you realized you could actually use your leftover juice pulp to make crackers? Well, aquafaba is a way more exciting discovery. Promise. You’ll be whipping up meringue-like desserts in no time and then some with that leftover bean juice. It’s a game-changer and Kinser will give you hours of inspiration. 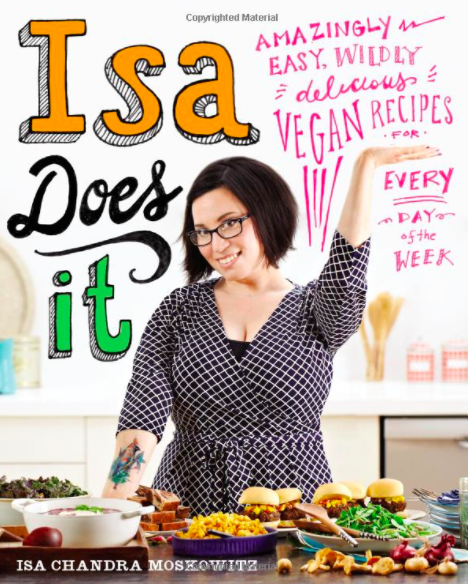 17. Isa Does It: Amazingly Easy, Wildly Delicious Vegan Recipes for Every Day of the Week

Isa was Instagram before it existed — her mouthwatering vegan recipe pics are almost as delicious as the recipes themselves. Dig into this one again and again as she’s sure to give you a few new favorites in this classic from 2013. 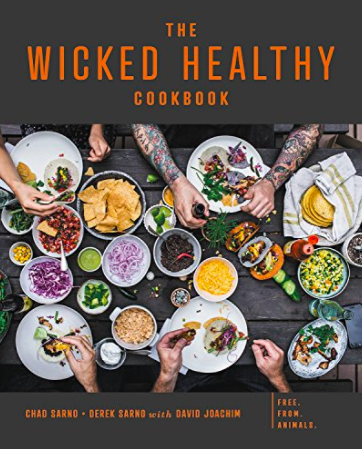 By Chad and Derek Sarno

Keep your eyes peeled for this gem from the Sarno brothers, due out in May. If you need a sneak-peek of what’s in store, head over to their Insta feed and wear a bib because you’ll be drooling over all the wicked deliciousness.