You can buy two-foot long vegan pizza slices from this guy in a van.

“Fellas, when your girl tells you ‘I just want one slice,’ this is what she really means,” Mora Pizza wrote on its Instagram.

Mora Pizza also offers a vegan chicken and waffles pizza slice and a slice with Reese’s Puffs, vegan fudge drizzle, and a creamy peanut butter base. Some of its slices are topped with biscuits, oat gravy, and bacon strips by vegan and vegetarian meat brand LightLife Foods. 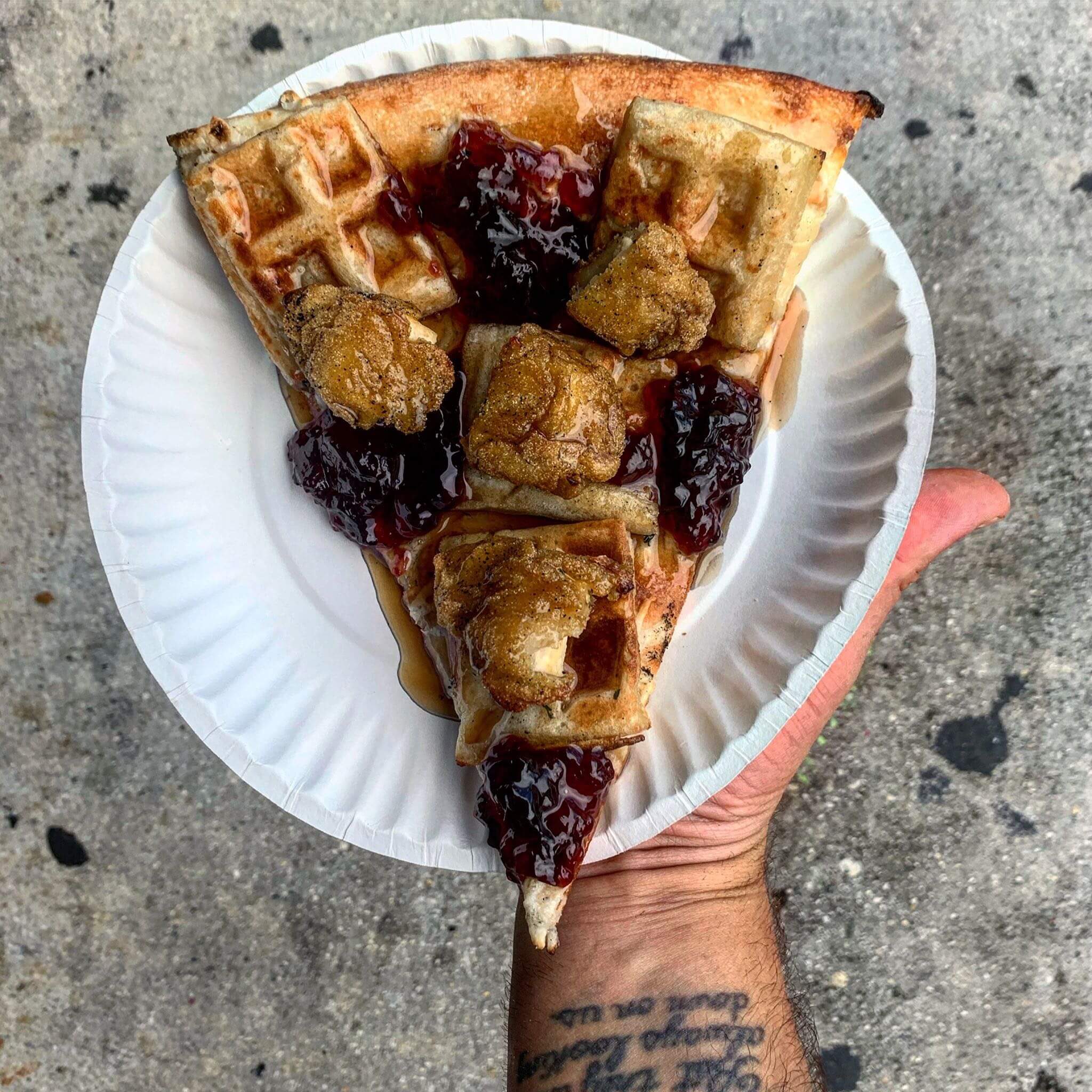 More people are choosing vegan pizza options over their animal-based counterparts and food companies are eager to cater to demand.

Earlier this year, Little Caesars became the first national pizza chain in the U.S. to launch a vegan sausage-topped pizza. The country’s third-largest pizza chain teamed up with plant-based meat brand Impossible Foods to bring the Impossible Supreme Pizza to life. Ed Gleich, Little Caesars’ Chief Marketing Officer, said at the time, “You don’t just do it to be first … For us, there has got to be a business reason behind it.”

Even though it features vegan meat, the pizza isn’t fully vegan. However, Little Caesars’ CEO David Scriviano hinted, “This is likely just the beginning of plant-based menu items from Little Caesars.”

The pattern isn’t exclusive to the U.S. Major pizza chains around the world are clocking on to the public’s shifting appetite. Domino’s branches in Australia will soon launch plant-based beef and add three new vegan pizzas to its menu. The new pizzas, which come with dairy-free cheese, will join the chain’s four existing vegan options.

Papa John’s launched its first vegan menu at all of its 350 UK locations earlier this year. It features vegan pizzas with dairy-free cheese and vegan versions of Papa John’s Marmite and Cheese Scrolls.