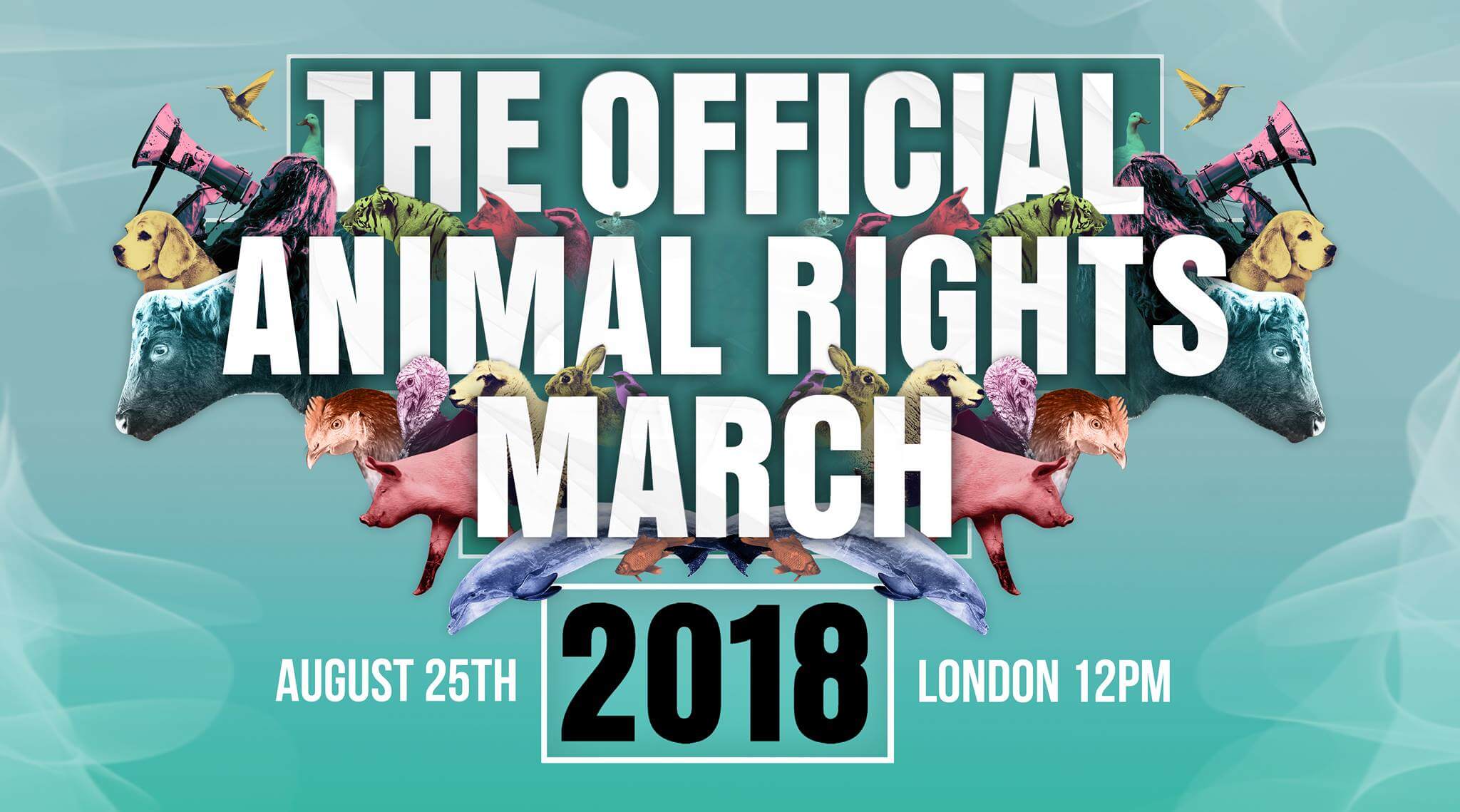 Thousands of animal lovers are expected to take to the streets of London on August 25th for the official Animal Rights March.

The event, founded by the UK’s animal rights organization, Surge, aims to unite the vegan community and inspire greater action for the animals.

“The march is an annual event where we come together in solidarity and collectively fight for the animals whilst simultaneously fostering a sense of community and hope within all who participate,” says “Earthling” Ed Winters, who organizes the event. “This will be the third consecutive year of the London march and the first year where around 20 other cities all across the world are taking part, making it the single largest vegan day of action for animals this year.”

The first march was held in London in 2016 with just 2,500 attendees. It grew to more than 5,000 last year and is expected to double again this year, particularly as demand for vegan food and stricter animal welfare regulations skyrockets in the UK and across the globe. Attendance records are expected to break in a number of cities around the world as well including Amsterdam, Los Angeles, Manila, New York City, Stockholm, and Toronto.

Vegan food is increasingly becoming more popular with nonvegans. Tesco, the UK’s largest supermarket, exceeded its sales expectations by 50 percent on the launch of its vegan Wicked Kitchen line of ready meals. The growing number of flexitarians — those who actively reduce their meat and dairy intake regularly — has become the core market for brands like Beyond Meat, Impossible Foods, and dairy alternatives like the popular Oatly and Califia Farms.

But despite the growing interest in vegan food, animal consumption continues to hit record highs around the world — more than 55 billion animals will be killed for food this year alone, not including seafood. And despite growing interest in humane animal treatment, animal welfare regulations are slow to implement. And misleading labels like “cage-free” or “grass-fed” consumers can still be purchasing animal products from factory farm operations.

“This march will be bigger, bolder, brighter and louder than any year prior,” the official March Facebook page notes. “The future is vegan, but we must continue to speak out on behalf of the animals until the day that their suffering ends.”