A twenty-year-old aspiring entrepreneur and student in Berlin is on a mission to bring her vegan caviar to the world.

Isabell Altmann has combined caviar and molecular gastronomy, which makes it possible to turn oil and syrup into the form of caviar, to create a plant-based version of the premium seafood product. She calls the brand Deli Caviar.

Caviar, traditionally the pickled roe of sturgeon or other large fish, is eaten as a delicacy. Altmann notes that it “can only be afforded by a few,” and instead wants to create a product which can be enjoyed by “a broad range of customers at an affordable price.”

She also notes that caviar is also an acquired taste, “not liked” by many due to its overpowering fishy taste. In a bid to “make many enjoy this exquisite food,” the young businesswoman has played around with taste and says that her new vegan creation “looks like caviar but tastes differently.” Made from virgin oil, the plant-based caviar is also free from preservatives and additives.

Her vegan caviar will also prove a versatile ingredient, ideal for use on salads, desserts, and even drinks, and is more eco-friendly than its fish-based alternative. Altmann says, “What’s even better is that it is vegan, as we use the best possible and natural resources.” 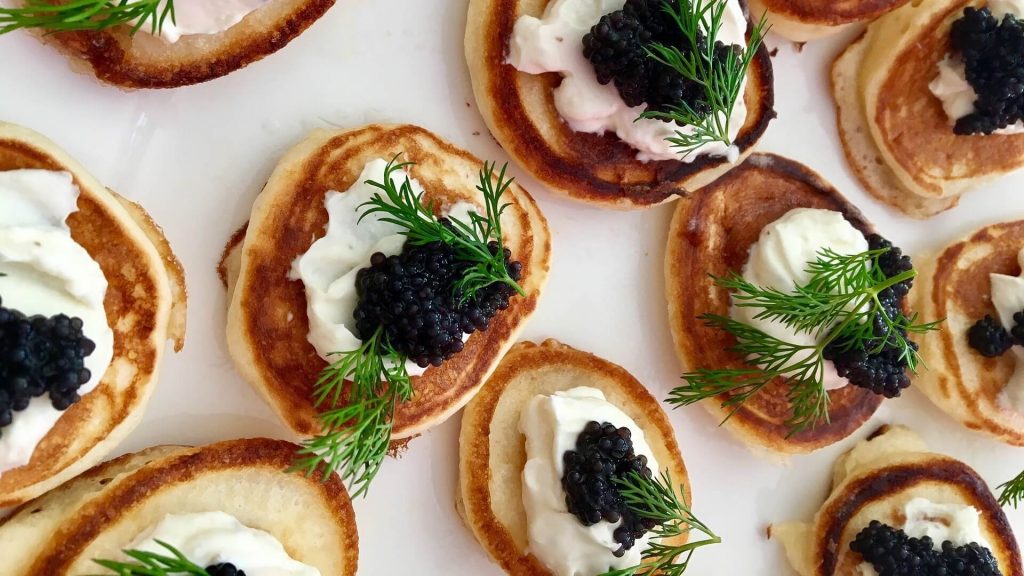 Already boasting the backing of a pre-investor, Altmann now has the machinery to begin production. She now hopes to raise just over £22,000 to fund packaging and resources, so recently launched a Kickstarter crowdfunding campaign.

According to a statement, “the inventor of this caviar is welcoming everyone to support her project,” and offers a plethora of rewards, including a recipe ebook, for supporters.

On her fundraising page, she also thanks her parents for their support. “I’ve first told my parents about my dream two years ago and they support me in every way they can. It’s been a long journey until here and I’m so thankful to have them by my side,” she says.

The statement went on to promise big things for the vegan caviar: “With endless possibilities and applications in different combinations, this game-changing vegan caviar will have a major impact worldwide.” The project is “already creating a major buzz in the food circles worldwide,” it says.