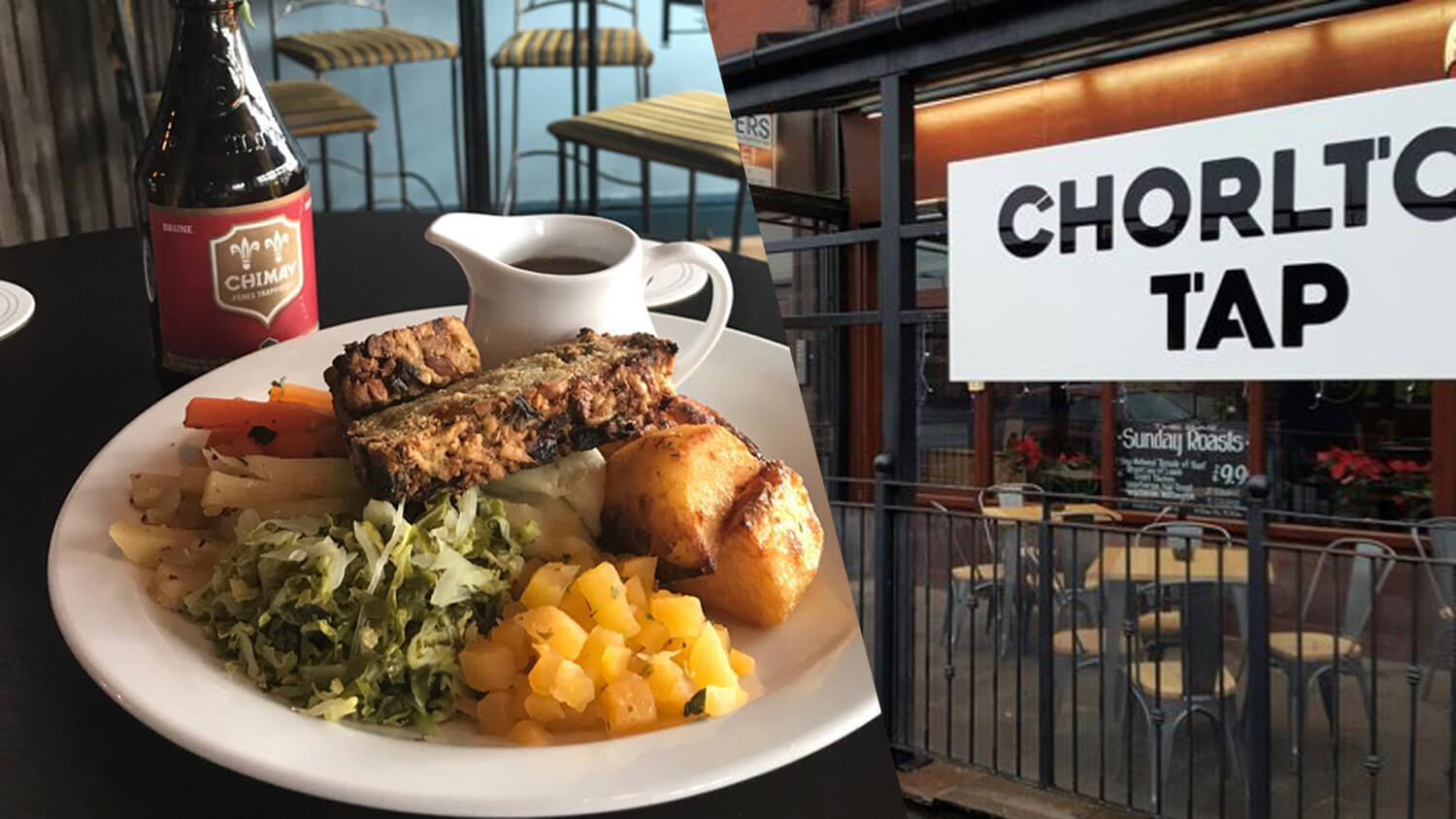 “I started up with my vegan Mexican street food business Los Antojitos as I wasn’t aware of anyone in the city doing anything quite like it and I have a lot of allergies – including cow’s milk and seafood,” Bucher said. The vegan chef’s plant-based tacos found success at local markets and pop-ups. Her food caught the eye of The Chorlton Tap manager, who asked Bucher to take over the kitchen.

While the pub still offers beer varieties made with milk-derived ingredients, its kitchen is now fully vegan. In addition to offering her specialty Mexican dishes like tacos, nachos, and burritos, Bucher also whips up a variety of comfort foods that complement the pub scene. Vegan hot wings, hot dogs, mushroom and chestnut pie, Sunday roasts, and even vegan English breakfast tacos, are available to the weekend crowd. For dessert, The Chorlton Tap offers dairy-free cupcakes made by south Manchester-based baker, Gorgosaurus Vegan Bakery.

“The Chorlton Tap has a number of regulars who have been coming for years,” Bucher continued. “And although some of them may have been wary about the new food at first, I can say that all who have tried it have really enjoyed it. That was a big factor behind why we still do a traditional dinner on a Sunday too. The pub used to do a roast and we carried on in that tradition, but vegan.”

No matter which cuisine she’s cooking up, Bucher takes the utmost care in crafting food that wins over the taste buds of The Chorlton Tap’s customers. The corn tortillas are hand-pressed, she sources “nopales” cactus from Mexico, and her housemade scotch bonnet chilli sauce is so popular, other local establishments use it. In place of animal-based protein, Bucher used gluten-free and soy-free vegan meat from Swedish brand Oumph!.

The Chorlton Tap room is also keen on keeping its vegan menu affordable. Tacos are £1 on Tuesdays and many dishes are £5 or below. The plant-based Mexican menu is available on weekdays while weekends focus on vegan comfort food.