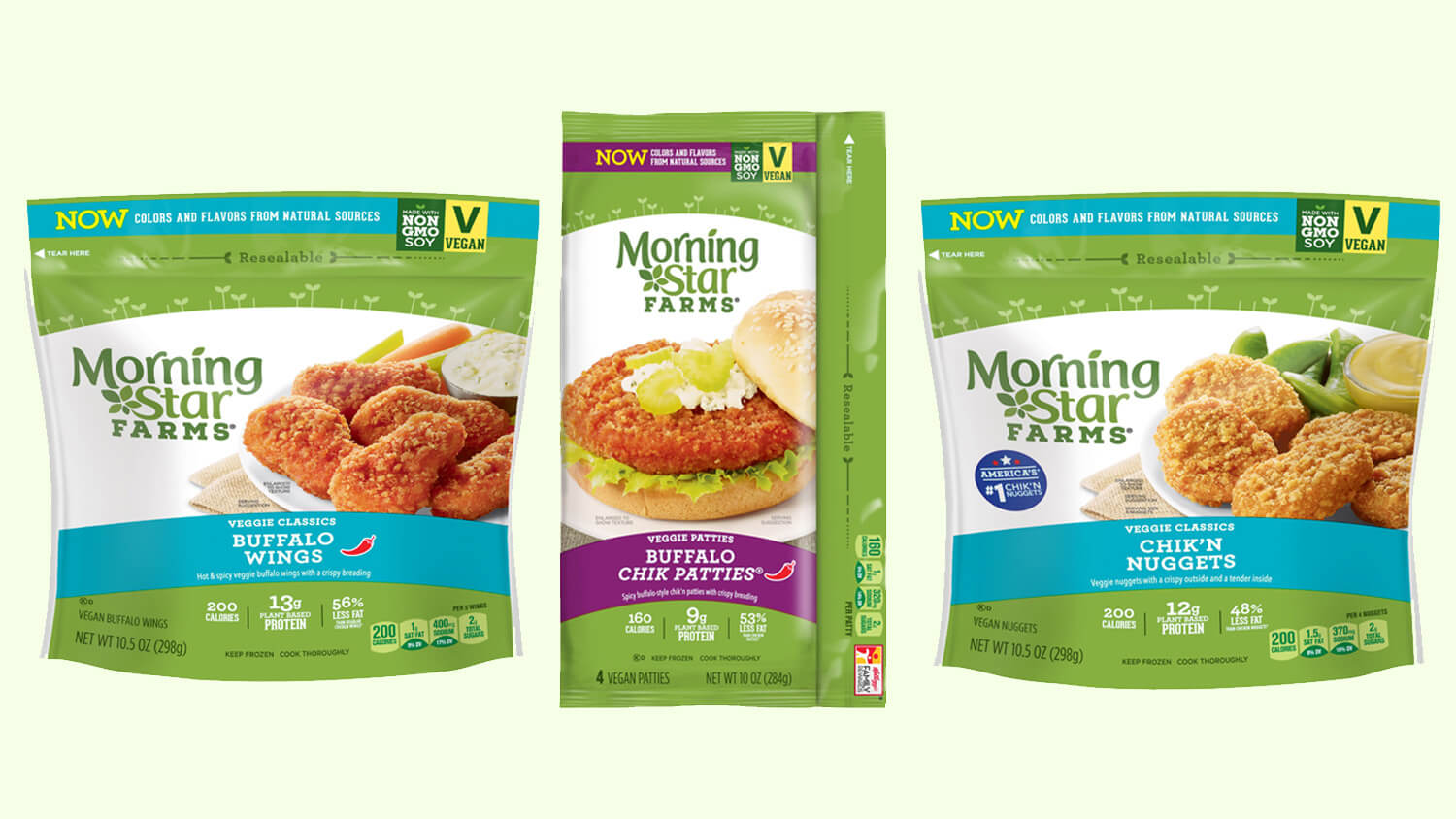 Morningstar Buffalo Wings, Chik’n Nuggets, and Buffalo Chik Patties, which used to contain egg whites and milk fat, are now suitable for vegans. The recipe revamp was celebrated by plant-based UK consumers across social media, who can now partake in these fun, saucy, and meaty products.

This Veg-o-lantern Buffalo Wing Tray will scare up hoots and howls from your #Halloween party guests.

According to the packaging’s smart labels online, the meats are made from a wheat protein and non-GMO soy protein isolate which forms the textured base. This base is then combined with herbs, spices, and other plant-based flavorings to create each crave-worthy product that tastes and chews like animal-based meat.

The Kellogg Company subsidiary seems to be gradually transitioning into a more vegan-friendly company. In May, it debuted a line of summer grilling patties, which included two vegan burgers that could hold up to the barbecue.

As the vegan diet becomes increasingly popular worldwide, several other companies are relying solely on plants to make their meat alternatives. Recently, the North Carolina-based vegan meat brand No Evil Foods announced it is expanding the distribution of its plant-based meats to 170 The Fresh Market stores and 75 Wegmans stores. Even Costco is aware of the shifting demand for protein as it just removed hot dogs from its menu to make room for new vegan options.

Beyond Meat and Impossible Foods are at the forefront of this vegan meat revolution due to the wide international expansion and strategic marketing of their plant-based products. Beyond Meat’s Beyond Burger is available at over 10,000 restaurants and cafeterias around the globe, in addition to meat aisles in grocers across the U.S. The company is helping to set a new precedent as to how vegan companies merchandise protein. Similar to Beyond Meat, Impossible Foods’ long-term goal is to make vegan meat and dairy products for “every cultural region of the world.” It recently netted $144 million to achieve its mission and expand its Impossible Burger to international markets.