Last September, the 12th and final season of the hit CBS sitcom “The Big Bang Theory” aired its first episode. While fans of the show gear up for what might be an emotional parting this year, it’s a good time to remember how several members of the cast also have a place in their heart for animals.

Mayim Bialik, a real-life neuroscientist who plays the neurobiologist Amy Farrah Fowler on the show, is a vegan activist. She is the author of the cookbook “Mayim’s Vegan Table,” which features more than 100 plant-based, family-friendly recipes. Bialik also regularly uploads videos related to living a vegan lifestyle on her YouTube channel. Despite being a longtime vegan, the actor and scientist had high praise for the plant-based health documentary “Eating You Alive.” 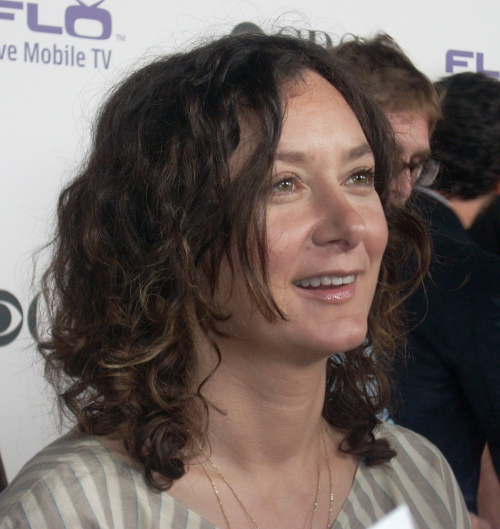 Santa Monica native Sara Gilbert, best-known for playing Darlene on the ABC sitcom “Roseanne,” played experimential physicist Leslie Winkle, the one-time love interest of Leonard Hofstadter. Gilbert has been a vegetarian since age 13 and made the switch to a vegan diet several years ago. Speaking to her passion for veganism, Gilbert once told “The Examiner” that “I’m totally self-centered. I would make everyone vegan [if I were president]. Sorry, it’s the law.”

Gilbert is also the author of the book “The Imperfect Environmentalist: A Practical Guide to Clearing Your Body, Detoxing Your Home and Saving the Earth (Without Losing Your Mind)” and in 2014, she and fellow vegan Linda Perry got married in a cruelty-free wedding ceremony.

Loved being part of last nights @muchloveanimalrescue #spokenwoof for the second time! If you are an animal lover, you must attend this event next year! It’s so special in so many ways! #rescueandadopt ? ? ? ❤️ Tap for credits ! And a huge thank you to #microsoft for donating the theatre, food and drinks! Truly sweet!!

Kaley Cuoco, who plays the aspiring-actor-turned-pharmaceutical-rep Penny, is a vegetarian and animal lover. Last March, she appeared in a video encouraging pet adoption for the California-based nonprofit Paw Works. She has previously appeared in a commercial for the Humane Society of the United States where she called for an end to Canadian seal hunts. Cuoco has also been a vocal opponent of New York City’s horse carriages, referring to them as “dangerous and cruel” and in 2015, she appeared in a PSA for the Los Angeles-based dog rescue, Angel City Pit Bulls, in order to combat the negative stereotypes faced by pit bulls. In the October 2015 issue of “Shape” magazine, the star revealed that pasta with vegan butter and veggies is one of her favorite dishes.

Take your pup to work day! (Not really. I smuggled her onto the studio lot and she is currently hiding in my offices.) I owe @normancook profoundly for the last six years of love and friendship. Please see #verarose’s story below. #pals Photo cred: @corymichaelwood “This is Vera and her story is amazing. 6 years ago, I found her in a cardboard box on the corner of Hollywood and Highland. I brought her home and forced @sanctionedjohnnygalecki (ok – not forced, he had to pry her from my hands) to adopt her. Anyway, he did and I received a visit from her today!!! As you can see, she spent time with my dog Zeus and Norman and she is still Johnny’s little love to this day – love this story!!!” – @normancook

Johnny Galecki, who plays the experimental physicist, best friend to Sheldon, and husband to Penny, has been following a vegetarian diet for several years for the health benefits. In 2012, he told TV host Conan O’Brien that he had purchased a 300-acre plot of land in Central California.“There are some vineyards on it,” he said. “I felt like if you’re going to have that kind of land, it should function somehow. I’m not a horse person, and I’m a vegetarian so livestock was out of the question, but I do like wine.”

The final season of “The Big Bang Theory” airs at 8pm EST every Thursday on CBS.