Before 2015, Netherlands-based company Bobeldijk Food Group used to go by another name: Bobeldijk Meat Company. Founded in 1975, the brand got its start in the butchery business. But a recent shift in the company led the brand to pivot into the booming demand for meat-free meat.

Bobeldijk Food Group introduced its vegetarian and vegan meat range called Vegafit in 2008, featuring options like meatless patties, schnitzel, meatballs, and fish fingers. Everything is made from soy or wheat protein (aka seitan).

While the company has been working with traditional meat for 44 years now, it is slowly pivoting its business to focus predominantly on plant-based, according to the Vegan Strategist. Bobeldijk Food Group announced that it would no longer invest in meat and factory space has been freed up to help grow the meat-free division. 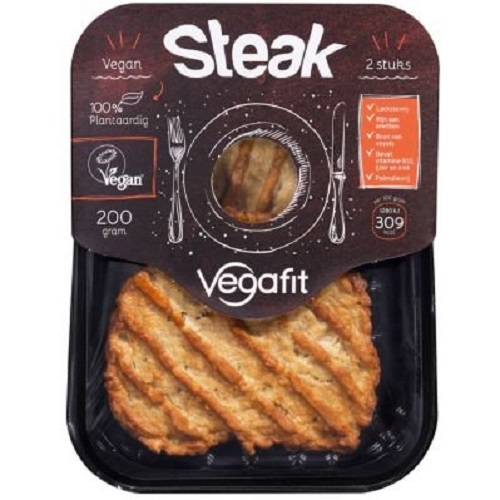 What Makes a Butcher Go Vegan?

Egg whites — a common binding ingredient in vegetarian meat — has been replaced by potato protein for some products, according to an April 2018 press release. Eventually, Bobeldijk Food Group aims to go fully vegan.

“Twenty years from now, there won’t be enough meat to feed everyone anymore. So we’ll need something else,” Remko Vogelenzang, CEO of Bobeldijk Food Group, explained in an April 2018 video tour of the factory.

Experts predict that the global population will reach 10 billion by 2050. According to a study published in the journal Nature last October, shifting toward a plant-based diet will not only help maintain a sustainable food system but also help combat climate change.

“One of the alternatives is getting protein from plant-based sources instead of from meat,” Vogelenzang said. “In order to make that happen, the idea here is that we want to eventually fully focus on plant-based production. And that sounds a bit odd for a company that originated in Deventer as a butcher.”