Houston, the fourth largest city in the U.S., kicked off its first-ever Houston Vegan Awards earlier this month. The event, which was created by the Vegan Society of P.E.A.C.E., was meant as a way to celebrate all of the city’s local vegans.

“All Houstonians were invited to vote for their favorites in seven survey ballot categories,” Houstonia writes, “a sizable list of local business owners and professionals were nominated and given recognition for making our city more vegan-friendly this year.” They added, “Out of those acknowledged, 14 of the nominees just couldn’t be ‘beet.’”

Among those honored at the event, was the Vegan Bistro Burger from Ripe Cuisine. It is made with avocado, balsamic onions, and roasted red pepper aioli. This burger, according to attendees, “makes you feel good after eating it.” The patty is made with lentils and mushrooms, making it juicy and full of flavor. It is designed to give all the taste of a burger with an additional kick of health benefits and protein. 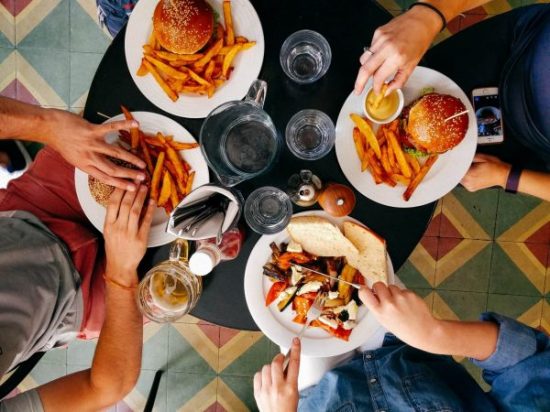 In addition to burgers, there was also one of America’s other favorite foods: pizza. At MOD Pizza, people can build their own pizzas, with toppings galore, and there’s even the option of a gluten-free crust. The toppings range from the typical to the not so typical, like artichokes, kale, roasted broccoli, corn, and rosemary. The cheese from the dairy-free pizza is made completely from Daiya products. These pizzas are customizable, giving vegan diners the same experiences that non-vegans have in restaurants.

All of the winners are mentioned in the Houstonia article, giving Texas natives and Texas visitors a plethora of delicious places to eat and explore. The state saw an increase in veganism after the widely impactful documentary, “What the Health.” This is unusual for Texas, the top cattle-raising state in the US. However, following the documentary’s release in 2017, vegan restaurants reported an increase in customers.

The awards are set to continue every year. For more information, check out the Vegan Society of P.E.A.C.E