Five U.S. synagogues will receive “incentive and educational support” from The Synagogue Vegan Challenge, created in partnership with VegFund, the Shamayim V’Aretz Institute announced in a press release today.

“This is about saving lives,” Rabbi Dr. Shmuly Yanklowitz, Founder & CEO of The Shamayim V’Aretz Institute, said in a statement.

The yearlong challenge will see the synagogues serve plant-based meals and offer educational platforms to congregants. Each selected synagogue receives $5,000 in funding to help with the programming. 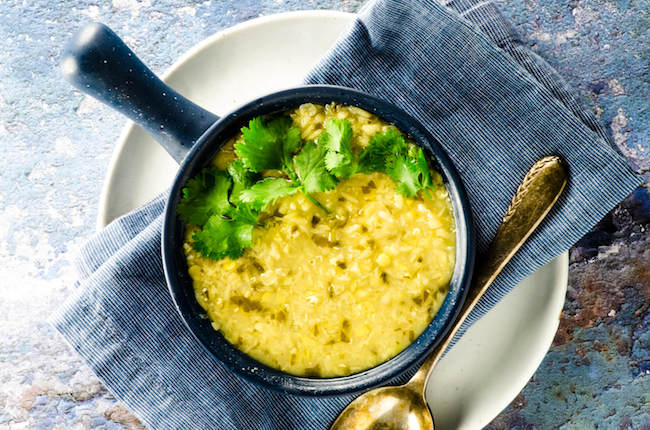 The Jewish diet is traditionally heavy in animal products including cured meats, dairy, and eggs — foods that are repeatedly linked to human health issues including cardiovascular disease, obesity, diabetes, and some forms of cancer. Jewish women reportedly have some of the highest breast cancer rates in the world. And while genetics play a critical part in that elevated risk, a plant-based diet has been shown to help reduce the risk and improve recovery for certain forms of cancer, including breast cancer.

Raising animals for food is also detrimental to the planet; livestock produce an overwhelming number of greenhouse gases, use a significant amount of natural resources, and pose serious risks to the world’s oceans through factory farm runoff.

Israel, the Jewish capital of the world, has also recently become known as the vegan capital of the world as the nation continues to embrace the benefits of a vegan diet. An estimated 75 percent of Jews of the Ashekanazi community are said to be lactose intolerant, seeking out nondairy milk, yogurt, and cheese options.

Despite the fact that Kosher certification is often considered a symbol associated with healthy foods, the certification itself has nothing to do with the quality of the ingredients or finished product. For animal products, it can also be far more stressful to the animals who are slaughtered without first being stunned. If done incorrectly, animals can still be fully conscious as they bleed out. Undercover investigations have revealed horrific conditions in some Kosher certified slaughterhouses.