Around 5 million Brits will have a meat-free Christmas dinner for the first time ever. This is according to new research released by The Vegan Society.

According to the study, more British people are open to the idea of having a vegetarian Christmas than they’ve ever been. Eight percent of respondents said this year will be their first meat-free holiday dinner.

Twenty-five percent said that they expect to cater to vegan and vegetarian guests. And 15 percent are looking forward to catering to their guests’ needs. They answered that “it gives them a chance to experiment more in the kitchen.”

“Social pressure they may face from their guests,” has convinced eight percent to try eating fewer animal products next year. 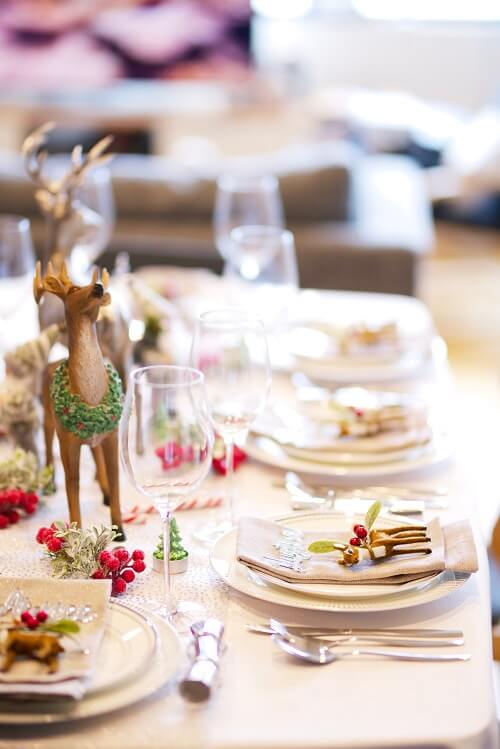 Breaking Tradition, But Not Quite

“It’s really great to see more businesses offering vegan products, making it even easier for people to enjoy Christmas in a traditional style but without harming animals,” Dominika Piasecka, spokeswoman for The Vegan Society, said in a statement.

Nearly all of the major supermarket chains announced vegan Christmas ranges in the months leading up to the holiday season. This includes Tesco, Sainsbury’s, Morrisons, Marks & Spencer, and Asda.

Piasecka concluded, “The festive season should be a time of joy and kindness, and those values can only hold their true meaning if we extend them towards all beings. It’s easier than ever to create a cruelty-free Christmas experience with all the wonderful products on the market and amazing recipes out there available to us.”

Additional data reflects that more Brits are choosing to have a meat-free holiday dinner. According to data provider SEMrush, searches for vegan and meat-free Christmas food is up 25 percent this year. Some areas experienced high spikes in searches than others. For example, the Isle of Wight saw a 60 percent increase. Olga Andrienko, head of global marketing at SEMrush, said sustainability is likely the biggest influence.

According to Humane Society International, a vegan version of a traditional dinner — nut roast, vegan pigs in blankets, sage and onion stuffing, and gravy — has less than half the carbon emissions of one that includes animal products.