With over 120,000 vegans in London, the food scene has been rushing to adapt with more and more plant based restaurants and cafes popping up in the city.

So where can one find some tasty vegan food and drink in London?

We went on a little mission and chose 5 of our favourite vegan cafes that we would love to go back to again. So read on and… maybe we’ll see you there! 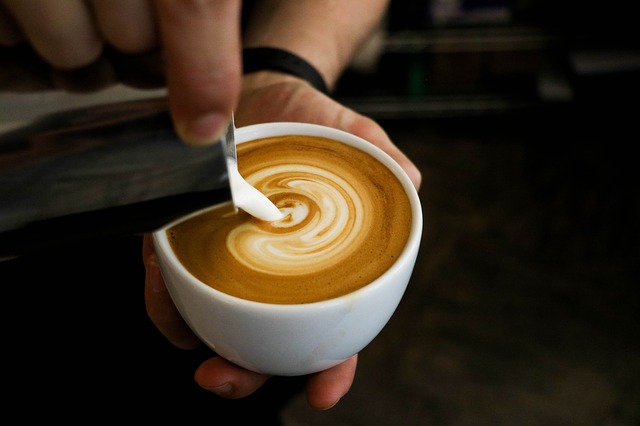 5 Vegan Friendly Cafes Not to Miss in London

Our first stop is the not-for-profit Hornbeam café in Walthamstow. Cosy and colourful, the café serves a variety of delicious vegan meals, drinks and deserts, which are all organic and made from scratch using local and seasonal produce.

On the menu, you’ll find breakfast, brunch and lunch things, such as veggie sausage and tofu scramble served with crunchy pickles. Their ultimate best-seller is the homemade quiche, which consists of different flavours and fresh ingredients each day.

If you’re into sweet stuff, then try their mouth-watering peanut butter & choc cookie. All of their cake things are organic, vegan and baked in house. 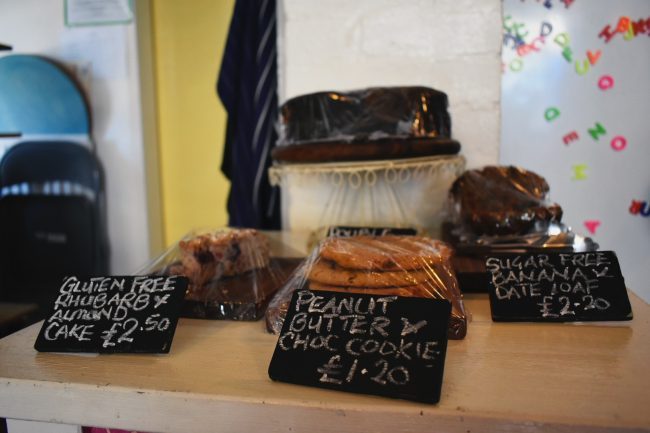 But delicious food isn’t the only thing that would make us go back to the Hornbeam café – turns out that it is so much more than just a café! The notice board is heavy with information about events and initiatives, such as live music nights, cycling events and poetry nights.

There’s a space at the Hornbeam that can be used for community meet-ups and clubs, as well as a ‘Learning Lodge’, where you can learn a bundle of interesting things, such as how people used to live in ancient times. 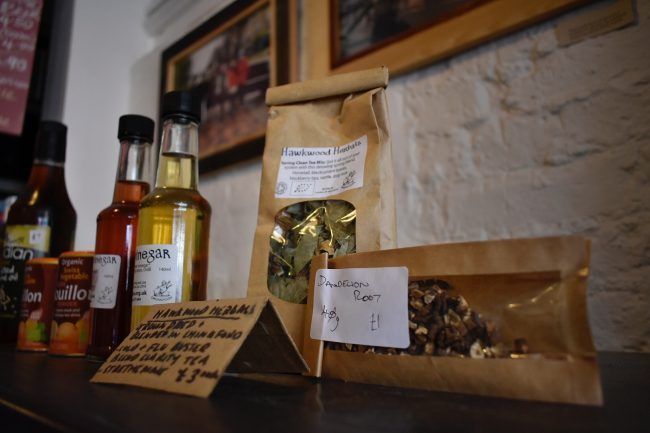 We tried… their new cold coffee brew. It was boiling outside and I was craving something cold. Icy and strong, it woke me up and cooled me down – consider it a job well done.

What’s even better than vegan food? Raw vegan food, of course. Rawligion prides itself on being the place where ‘healthy’ and ‘tasty’ are best buddies. A large part of the cafe’s food is made following raw food principles, meaning that it is never heated above 42 degrees centigrade to ensure that the finished product has retained all of its living goodness.

Since opening its doors for the first time, Rawligion’s ultimate aim has been to have their shelves stocked with food that doesn’t only taste great, but makes your body feel great too.

The founder of Rawligion, John Tabatabai is on a mission “to make raw, vegan and gluten free foods sexy and accessible to all”. 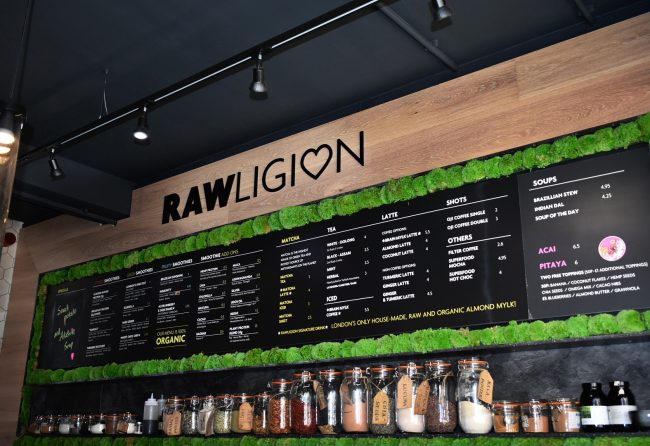 Their little café on Tottenham street offers a variety of vegan-friendly, raw, gluten-free food which ranges from nutritious lunches to fresh juices and even cheeky desserts.

The staff are ridiculously knowledgeable about the food and the ingredients used, which is great because their menu doesn’t really look like anything else I’ve seen, and there are quite a few things on the menu that I needed to ask questions about.

If you are not convinced about how something might taste, the staff will be happy to give you a taster. 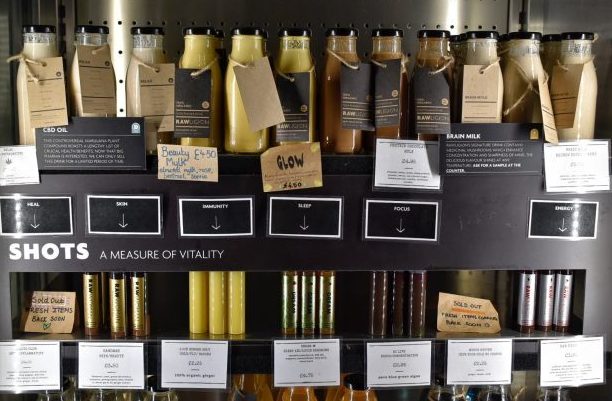 We tried… their Brain Mylk, which is a blend of walnuts, dates, sunflower lecithin, Himalayan salt, vanilla and myco. What’s myco, you ask? Medicinal mushrooms, I was told. I had never tried ‘mylk’ before, and while I was a little bit sceptical about drinking something that contained mushrooms, trust me, it was delicious!

As we were feeling peckish, we also tried their raw chocolate with hazelnuts. This raw chocolate takes over a week to make – and is very rich and filling (even if it seems quite small to us at first!).

Vantra Vitao is a little vegan and ‘living’ food sanctuary that sprung up in one of the busiest spots in the city about 15 years ago. Wooden tables, clunky chairs and dimmed lights make you feel like you’re chilling in a treehouse on a summer afternoon – it’s hard to believe that you’re right next to one of the top shopping hotspots in London, Oxford Street.

Aiming to make vegan food ‘affordable, accessible and enjoyable’, Vantra Vitao are also strong believers that following a compassionate and planet-friendly diet helps nourish not only your body, but also your mind.

Vantra Vitao serves food all day, and you can choose between a buffet, where you’ll find things like probiotic salad, hot curries, steamed vegetables, or A La Carte menu. 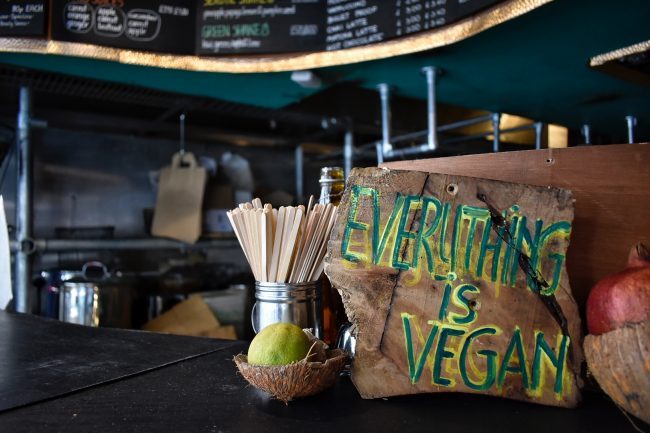 There are some lovely-sounding dishes, such as ‘Buddha Bliss’ (yam polenta with oriental mushrooms, black bean sauce, seasonal greens and quinoa) or ‘Supercharge’ (stuffed courgette with seed cheese and greens).
Sounds good, doesn’t it?

On top of that, their food is organic and ‘living’, which is the practice of serving food in as natural a state as possible by serving it completely raw or not heated above 48˚. 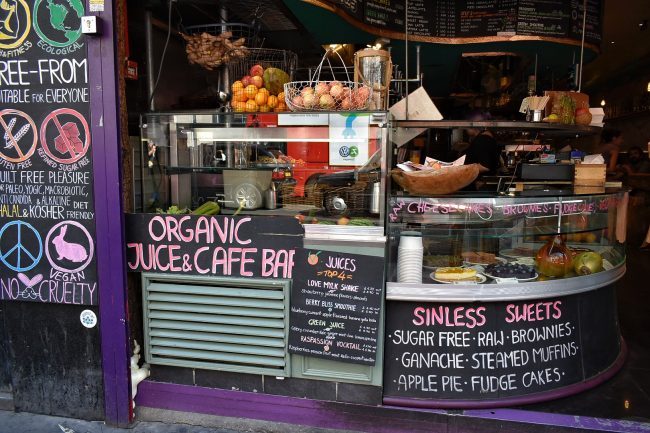 The café takes it one step further by not only offering cholesterol-free vegan food, but also avoiding carcinogenic, mycotoxic, and highly acidic ingredients. This list of offenders doesn’t just include animal-produce, but also plant-produce such as corns, peanuts and cashew nuts.

We tried… their ‘Love shake’, which is a lush combination of coconut mylk, strawberry, jasmine, almond and coconut nectar.

This lovely little café has very little online presence – but that’s just another reason to go and see it for yourself. Rustic and unique, every bit of its corners covered in the quirkiest knick-knacks (a pair of medieval shoes, anyone?), the café is a local gem that one happens to accidentally discover when strolling down Camden high street. 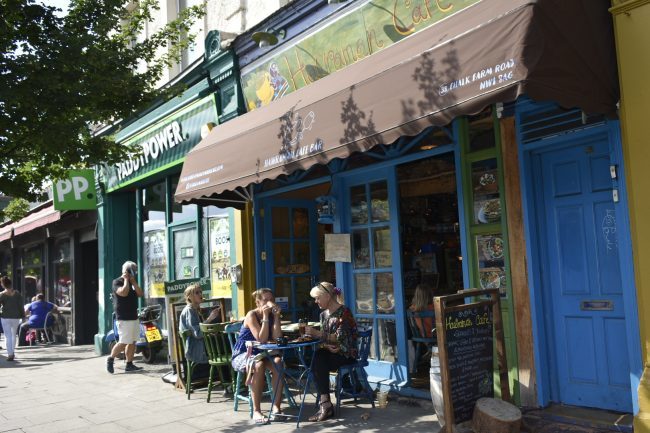 The visitors are greeted by the cafe’s gracious owner, Sarwar Hamarash, who will gladly tell you more about the origins of the café and give you a cheeky taster of their delicious vegan homemade soup (or a free bowl, even!).

The food comes in a mix of vegetarian and vegan options and is inspired by Mediterranean and Middle-Eastern cuisine. You have to try their lentil soup – I absolutely loved it and it was gone within a few minutes. If you’re in the mood for something sweet, Hawraman café have a selection of vegan sweets, such as a dark chocolate brownies and flapjacks.

The walls are covered in photography from a number of local artists – the owner loves showcasing the work of local talent. 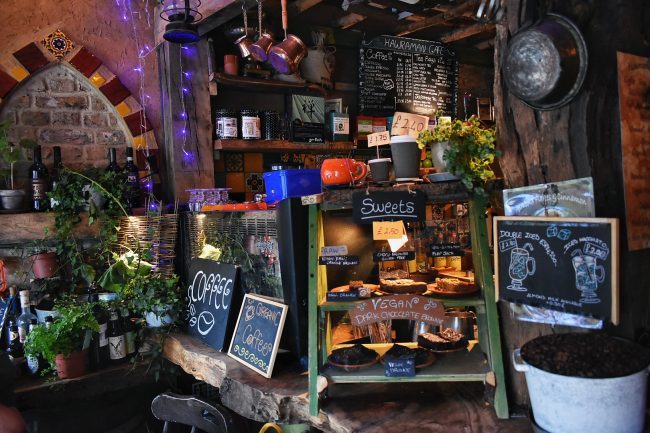 Hawraman’s authentic and old-school vibes also mean that you can’t pay by card, so stock up on a few notes before going in.

We tried… their delicious lentil soup. Warm, filling and guilt-free – we loved it.

We should thank the English food blogger, Deliciously Ella, for The Mae Deli. The blogger’s best-selling cookbook “Deliciously Ella: Awesome ingredients, incredible food that you and your body will love” took the food scene by storm – and the deli is now enjoying similar fame in the café world.

Located only about a 100 metres from Oxford street, the minimalist café is airy and filled with light. We loved its long, wooden tables and modern interior – but not as much as we loved the menu! 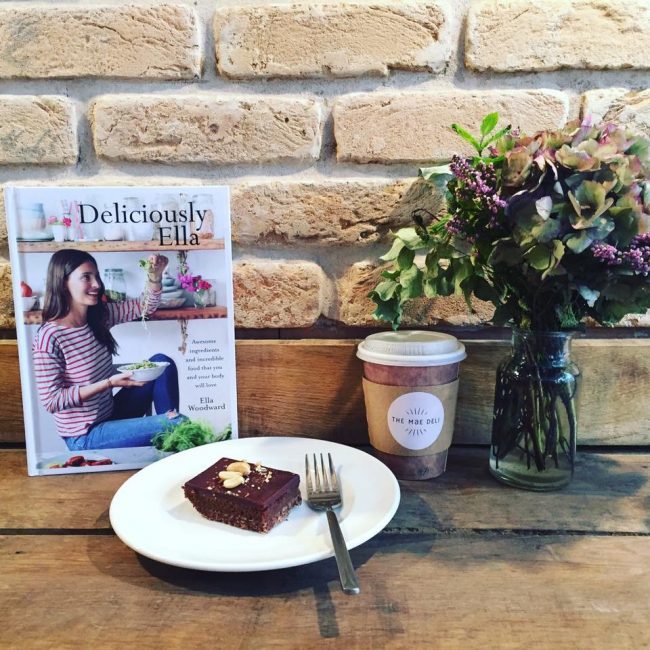 Ella isn’t afraid to experiment with plant-based ingredients and we absolutely love how colourful her food is! The café serves food all day with delicious energy-boosting breakfasts, lunches and light dinners. Colourful salads, seasonal falafel and cauliflower – the food is so fresh that just looking at it makes you feel a little healthier.

We tried… their porridge with peanut butter and banana, made with oat mylk and a coconut mylk latte. Our tummies loved it. 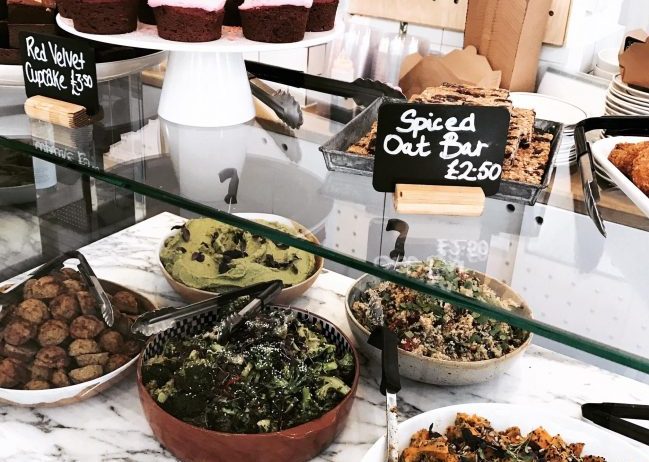 We hope that you’ll love these vegan cafes as much as we did!

Are there any other vegan cafes in London that you think shouldn’t be missed?

Tell us in comments below!