Burger King Sweden has launched two new vegan burgers, the Rebel Chicken King and the Rebel Whopper. The new plant-based items are so similar to their meat counterparts, Burger King is offering customers the chance to carry out a blind taste test.

Customers ordering from the new 50/50 menu will receive either a plant-based or meat version of the meal at random,  with no identifying information visible on the packaging. Customers can scan the box using the Burger King app to find out which meal they got, but first, they must enter a guess.

Burger King is confident that customers will not be able to tell the difference between the plant-based and original burgers.

Daniel Schröder, marketing director for Burger King Sweden, said in a statement, “We are really proud of how hard it is to tell our plant-based burgers apart from real meat. With the 50/50-menu, we hope that more people dare to try them. And hopefully, have fun trying to figure out which one they got.”

According to PR and marketing agency Little Black Book, the 50/50-menu was designed by Burger King with creative agency Ingo Stockholm. It’s part of a drive to reduce meat consumption, encouraging meat-eating customers to try plant-based alternatives through their similarity to meat in taste and texture.

In the U.S., the vegan whopper — which includes the “bleeding” plant-based Impossible Burger — is also a hit. Since its launch in April, Burger King has seen a thirty percent increase in earnings. 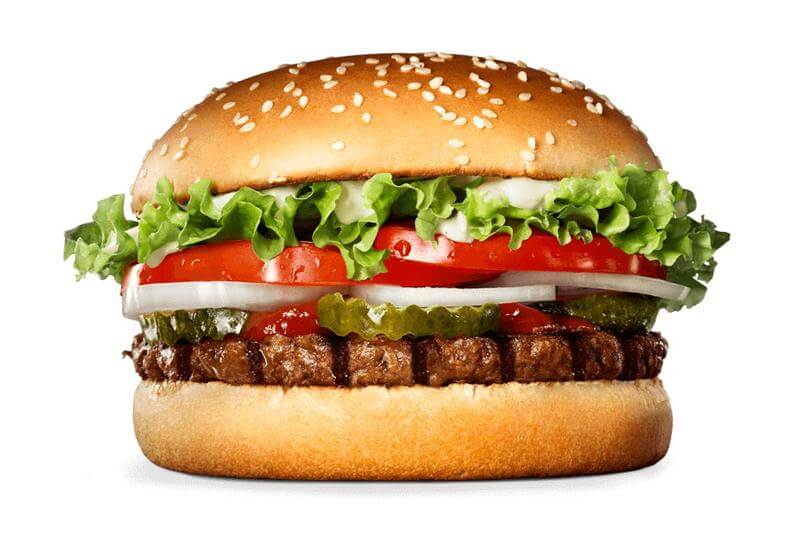 Sweden is consuming less meat than ever before; vegan alternatives and a plant-based lifestyle are increasingly promoted across the country. A recent poll revealed that one in five Swedes under thirty are veggie or vegan.

Many other fast-food giants are also rapidly expanding vegan menus, including McDonalds and KFC. The chains have launched the Big Vegan TS (in Germany and Israel) and the Imposter Burger (in the UK) respectively.

Both the Rebel Chicken King and the Rebel Whopper are available throughout Sweden and will soon be served at other European branches of Burger King.