Fifty-year-old established meat business, Urbani Foods, has ventured into the plant-based food market with the launch of a new line of, all-natural, non-GMO, vegan jerky named NOBLE jerky. The business intends to reduce the number of animal products they provide to consumers, replacing them with plant-based alternatives.

“Sustainable agriculture means providing healthy food to the entire population, and the inefficiencies in raising an animal for food mean that it is not feasible to meet this goal going into the future,” CEO of Urbani Foods, Claudio Urbani, said in a statement. “The only way to convince the meat-eating population, and slowly reduce our dependence on meat, will be to provide alternatives that are identical in taste and texture, and we think NOBLE jerky is a step in the right direction.”

Available across the U.S, Canada and internationally, the new vegan jerky is available in four different varieties: teriyaki, chipotle, sweet BBQ, and original. The jerky, which mimics the taste of traditional beef jerky, has been developed by employing half a century worth of meat-drying knowledge held within the company. It is currently stocked by Amazon, Vegan Essentials and MEC in Canada. 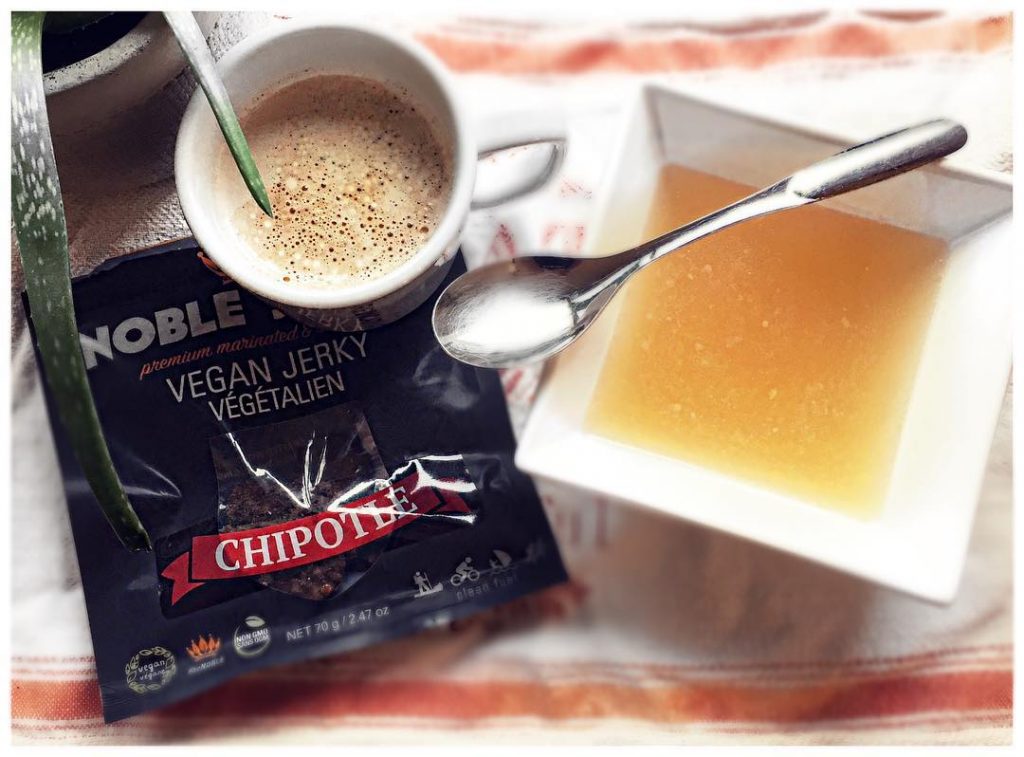 “I wouldn’t compare NOBLE jerky to other vegan dried meat replacements. It is a product developed with years of meat expertise that has never been applied to a plant product in this way before,” claimed Urbani.

Vegan meat has been on the rise over recent years; spearheaded by companies such as Beyond Meat and Impossible Foods. Brands such as these are making real waves across the world, changing the nature of the protein market and demonstrating that animal products are not dietary necessities.  From Disney to Target to Bareburger, large corporations are taking notice of the growing demand for plant-based protein in the form of vegan meat.

Like Urbani, the chairman of Beyond Meat, Seth Goldman, believes animal-free protein products need to be targeted at meat-eaters. “We want the vegan and vegetarian to feel they can choose us, but if it means sacrificing that customer to be satisfying to ninety-five percent of the population that isn’t vegan or vegetarian, that is the choice we’ll make,” stated Goldman.