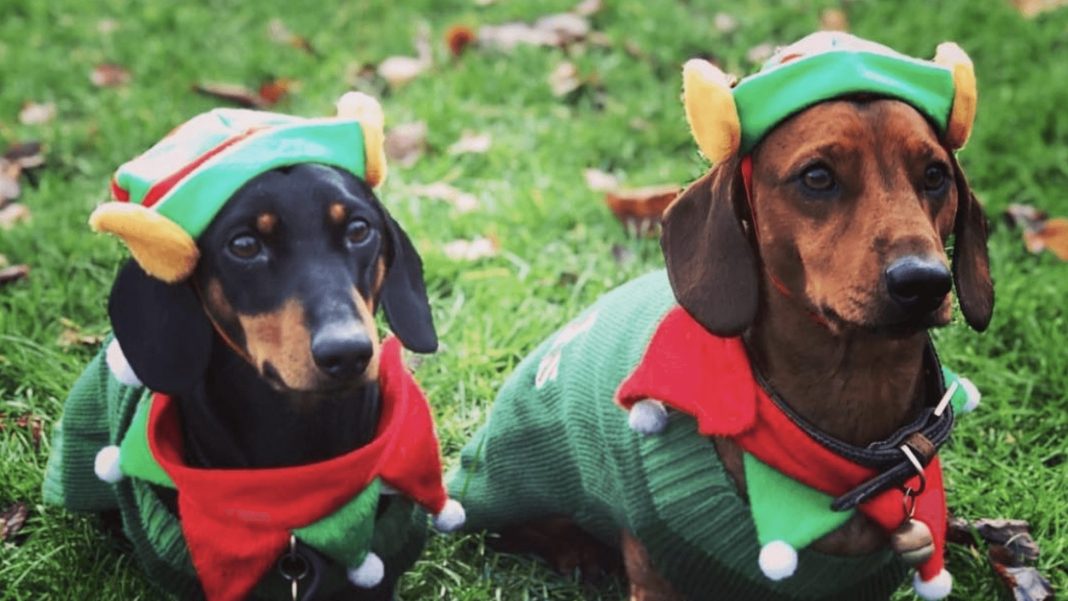 Though described as “Hyde Park Sausage Walk,” the event was animal-friendly – canines were the only sausages in sight. The occasion, which was free to take part in and is the latest in a series of monthly dachshund walks, began at the Italian Gardens Cafe, from where the hundreds of dogs paraded around the park.

Prior to the event, organiser Ana Rodriguez explained the concept to Metro. She said, “We have a Christmas special or a Halloween special. This one, we expect, is going to be the biggest.”

She added, “It is a good way to socialise the dogs with the same breed and to meet more dog owners. They love to play with their own breed and I think it’s really good for them.”

Using the park as a catwalk – or rather, dogwalk – the pooches showed off their Christmassy costumes, which varied from elves and reindeers to generic Christmas jumpers to simply being wrapped in tinsel.

After the event, Winston the mini dachshund, an organiser of the walk according to Instagram, thanked everyone who attended. Via a post, he said, “It couldn’t have been more perfect. Beautiful day and hundreds of sausage dogs dressed with beautiful Christmas jumpers.”

The post also announced the winner of the best-dressed prize, awarding the title to Schnitzel and Noodle who dressed as elves.

A post shared by Winston the mini dachshund (@winstonminidachshund) on Dec 20, 2018 at 3:35am PST

‘Tis The Season For Festive Pets

In America, leading department store Target released Christmassy vegan matching pajamas for everyone in the family – the dog included.  The sets included Rudolph the reindeer, the Grinch, and elf family themes, as well as a unique Hanukkah set.

Not to leave cats out of the festive considerations, UK retailer Argos launched a “parasol” tree with cat owners in mind; the tree’s long stem ensures that branches are too high up for playful cats to get hold of.