LIVEKINDLY
Home Ethics & Environment 51% of Vegans in the UK Made the Switch Last Year for... 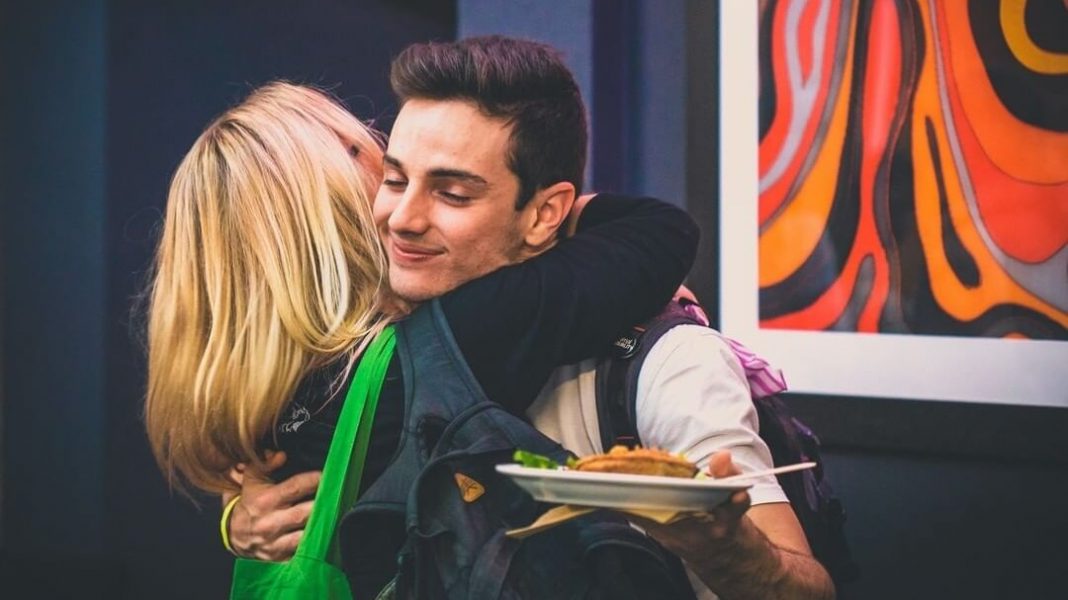 Nearly half of vegans living in the UK made the switch for ethical reasons in the last year, according to a new study conducted by digital media company GlobalData.

Why Do People Go Vegan?

The study, which surveyed 2,000 individuals in the UK, revealed that the popularity of a plant-based diet has taken off in the nation in 2018. Forty-two percent of those who claim to be vegan made the switch less than a year ago while only one-fifth of vegetarian claim to have done the same.

When asked about the reason for adopting a vegan or vegetarian diet, more than half from each category cited ethical reasons – 51 percent and 57.8 percent respectively. The health benefits of a plant-based or meat-free diet were next, with 46.6 percent of vegans saying they did so in order to lead a “healthier lifestyle.” Religious reasons were next with 29.2 percent, followed by allergies (16.1 percent), and “Other” (3.9 percent).

The trend is mirrored in events and festivals. From Christmas markets with vegan slants to sold-out vegan festivals and events like Vevolution, which took place earlier this month in the UK. The event hosted a handful of U.S. vendors from the popular destination event, the Los Angeles Eat Drink Vegan festival.

I love @tescofood for vegan goodies ?

Consumers were also asked about their thoughts on the current availability of vegan products in supermarkets. A whopping 90 percent of vegetarians and 79 percent of vegans said that they have no trouble finding what they want. The reason, GlobalData lead analyst Emily Stella explained, is due to the influx of availability in innovative new products.

Stella stressed that how products are marketed to consumers is also important. In Tesco as well as in U.S. Whole Foods Market locations, the Beyond Burger is staged in the meat aisle alongside conventional protein as well as where vegan meat products are merchandised, in order to reach as many consumers as possible. The unique strategy works – according to Beyond Meat, 70 percent of the Beyond Burger’s customers are omnivores.

Other brands have taken note from Beyond Meat, including Dutch vegan meat brand Naturli’ Foods, which places its “bleeding” mushroom burger and plant-based mince next to meat in Sainsbury’s.

According to other recent research, consumers do believe that there is room for improvement in supermarkets. Seventy percent of vegans, vegetarians, and flexitarians say that they would switch to a store that offers clear vegan labeling. Many of the nation’s top supermarkets, including Tesco, Sainsbury’s, Waitrose, Morrisons, and Asda, have realized the value and have adopted “vegan” labels on own-brand product ranges.

Price of specialty products may also be a factor in overall satisfaction with vegan supermarket options.

“[A]t Tesco, a pack of two Beyond Burgers is sold at £5.50, which is prohibitively high when the cost of two beef burger patties are almost half that,” Stella explained. “However, as the supply of meat substitutes becomes more plentiful, the price should also drop.”

In addition to the increased presence of products from new brands, several supermarkets are offering own-brand vegan ranges, often at a lower price. Tesco, Waitrose, Sainsbury’s, Morrisons, Iceland, and Asda have all launched own-brand products over the past year that capture consumer interests in plant-based food.