LIVEKINDLY
Home Feel Good 6 of the ‘This Is Us’ Cast Members Are Vegan or Animal... 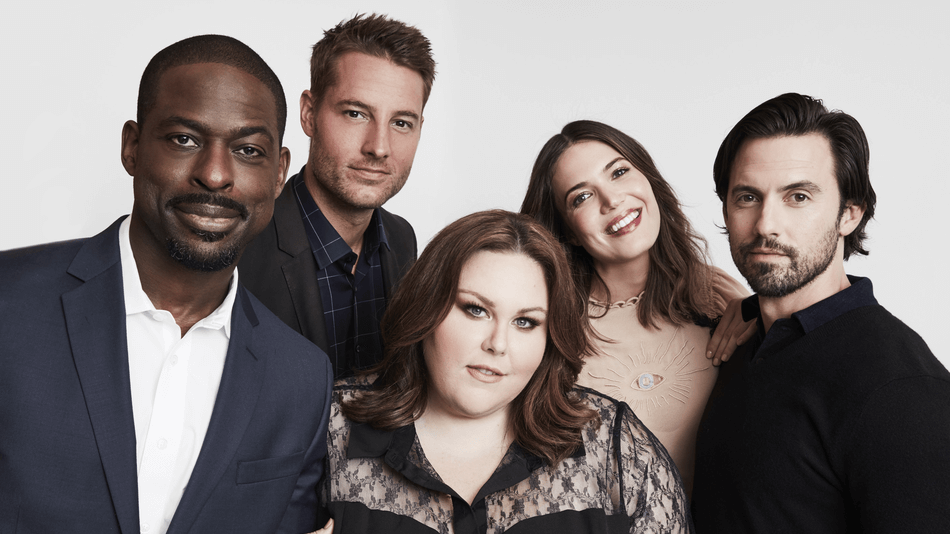 Popular American television series “This Is Us” is more than just a feel good comedy. The cast of the show is brimming with animal-loving, eco-conscious actors, some of whom are vegan, but all of whom are advocates for a world that is better to animals.

I’ve been bursting to talk about home stuff but this has been in the works for a little while and we had to keep it a secret. However, the time has come to celebrate the culmination of a year of unbelievable work by my friends @emilyfarnhamarchitecture, @sarahshermansamuel, @bronstruction, @terremoto.la and @johnstonvidalprojects. Thank you to @archdigest, @amytastley and @mayer.rus for allowing us the platform to share this passion project with the world in such a major way. @trevortondro took these gorgeous shots and I was in awe of @lawrenhowell and her team for making our home look so lovely. And an extra thanks to all of you who took an interest in this silly home renovation and followed along via my stories, etc….. can’t wait for the next one! ? Photography by @trevortondro Styling by @lawrenhowell Text by @mayer.rus Architecture by @emilyfarnhamarchitecture Interior Design by @sarahshermansamuel Landscape architecture by @terremoto.la Built by @bronstruction and @johnstonvidalprojects Fashion styling by @cristinaehrlich and @kevinmichaelericson Makeup by @jennstreicher Hair by @streicherhair And Joni and Jackson made the shot too!! ??

Actor and singer-songwriter Moore uses her impressive platform – on Instagram, the star has more than 3 million followers – to encourage fans to “adopt, don’t shop” – choose to rescue shelter pets instead of purchasing animals from breeders or pet stores.

She and her on-screen husband Milo Ventimiglia teamed up to raise awareness about rescue dogs and the urgent need to save them. In the U.S, roughly 3.9 million dogs enter animal shelters every year. And it’s not just talk; Moore has adopted dogs of her own and they’ve even appeared on the cover of magazine Architectural Digest.

When the actor’s cat passed away, Moore wrote a touching tribute online, thanking the animal, named Madeline, for “the lessons in patience, responsibility, and unconditional love.”

Flex your power to empower generations to come

Baker is just 13 -years-old but already a successful, plant-powered actor. A young vegetarian, Baker gets creative in the kitchen. “I love to find vegetarian recipes and [dishes from] restaurants and try to recreate them at home,” she said.

Blue in the best way? Love this little number from @draperjames and @eloquii

“When one of the biggest shows on television promotes adopting animal companions from shelters, it’s a big deal,” wrote the world’s largest animals rights organization PETA. In season 2 of “This Is Us,” Metz’s character Kate and her husband adopt a dog from a local animal shelter, a move that earned Metz a PETA Elly Award, which praises compassion for animals on television.

Author of #1 New York Times bestseller about self-love, “This Is Me”, the actor frequently promotes causes dear to her heart on social media, such as mental health, bullying, the importance of voting, and gun violence. We wouldn’t be surprised if Metz starts speaking out about animal rights, too.

Hartley has won the hearts of many with cute snaps of his rescue dogs that he shares online. But his compassion extends further than shelter pets; Hartley partnered with vegetarian meat brand Morningstar Farms which sees him promoting sustainable, cruelty-free vegan food to his more than 1 million followers.

A post shared by Milo Anthony Ventimiglia (@miloanthonyventimiglia) on Dec 19, 2018 at 11:06pm PST

Ventimiglia has been vegan his whole life, bar a few bites of meat as a teenager to see what he was missing out on. Turns out, it wasn’t a lot; the 41-year-old actor has held on to his cruelty-free lifestyle. Ventimiglia grew up in a veg-forward family with his parents being vegetarian for 40 years and even the family dog not eating meat.

The star recently reached out to fellow cast member Hartley’s favorite meat-free brand Morningstar Farms, requesting that they bring back their veggie riblets. “I know a couple million vegetarians (as well as myself) who would be grateful if you did. Lemme know how I can help,” he wrote on Twitter.

Perhaps inspired by his animal-loving cast mates, Brown entered into 2018 with a mindset to do more for the planet, the animals, and his health. On New Year’s Eve 2017, the star told CNN, “My new year’s resolution is that I’m gonna go vegan. Gotta give up this meat.”

Image Credit: This Is Us