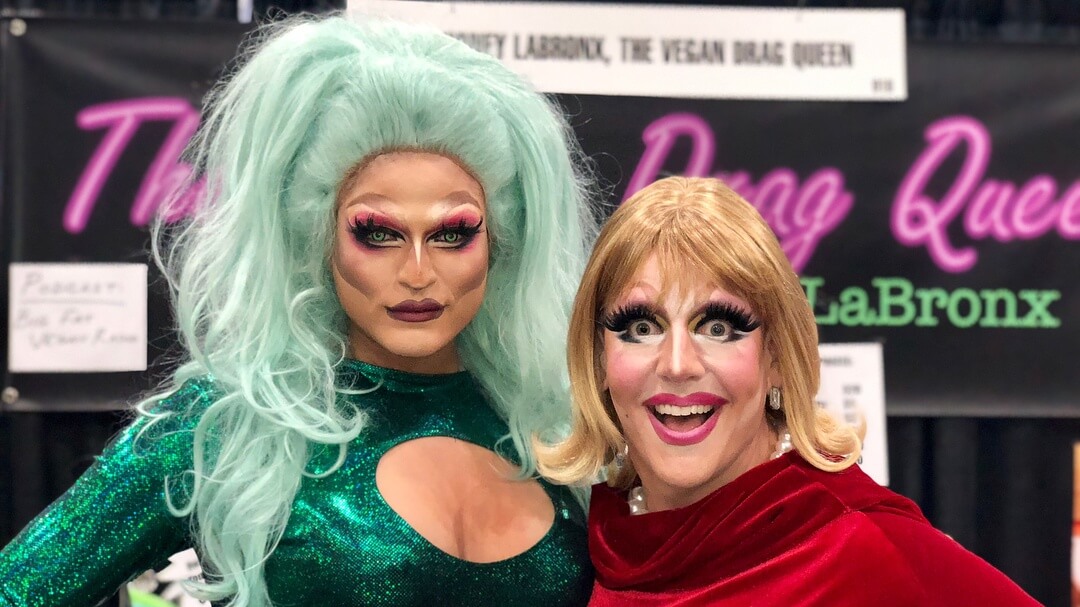 The performance, hosted by Honey LaBronx, aka the Vegan Drag Queen, took place at the Redline Gay Bar in Downtown Los Angeles.

“For the first time ever, Honey will be joined on stage by FIVE fellow vegan drag queens! That means you’re getting HALF A DOZEN vegan drag queens, all under one roof, all to raise funds for the animals!” read the event’s Facebook page. 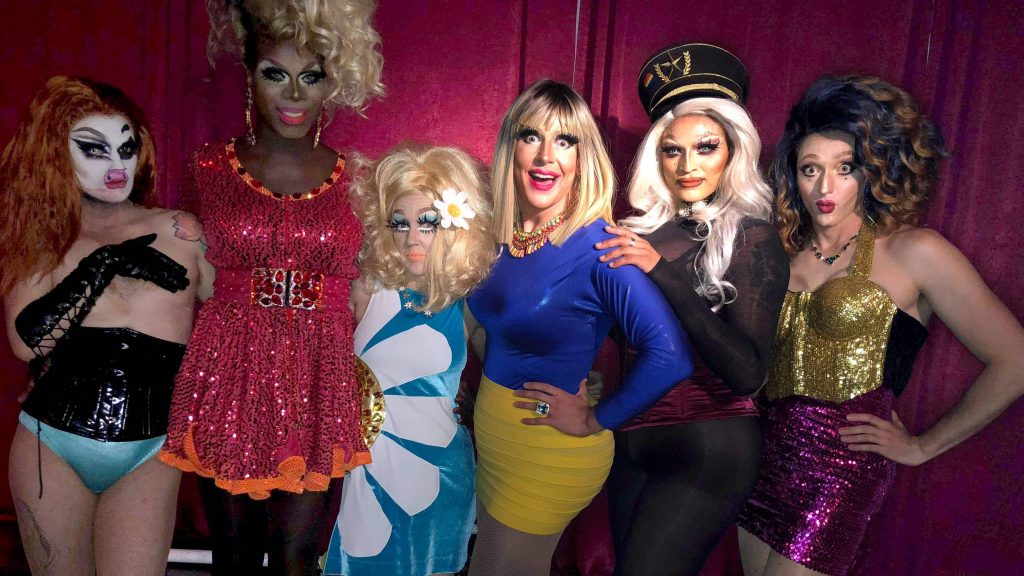 VegFest Los Angeles is a day filled with vegan food, speakers, and fun activities for the whole family; the event is described by the fundraiser as an “unforgettable earth-friendly experience.” At past events, there has been live music, beer tents, pet adoptions, and speeches from activists such as Earthling Ed, Ingrid Newkirk of PETA, and Captain Paul Watson of Sea Shepherd.

Come watch Honey LaBronx, The Vegan Drag Queen (and host of Big Fat Vegan Radio) lip sync for her life as a fundraiser for @VegFestLA and @KindredSpiritsCareFarm! For the first time ever, Honey will be joined on stage by FIVE fellow vegan drag queens! That means you’re getting HALF A DOZEN vegan drag queens, all under one roof, all to raise funds for the animals! SPECIAL GUESTS: @TheAmberCrane @CassandraComplex.Drag @glorious_birds (Dusty Wigg) @LorisQueen @SimaKunt That’s SIX VEGAN DRAG QUEENS on stage together! There is a $20 Suggested Donation at the door — and yeah, gurl — we mean suggested! So pay whatever you can – cash and credit cards accepted. Tuesday, July 10th Doors 8:00pm Show: 9:00pm Redline Gay Bar – DTLA @redlinedtla 131 East 6th St Downtown LA . . There is a $20 Suggested Donation — and yeah, gurl — we mean suggested! So pay whatever you can – cash and credit cards accepted. . PLEASE NOTE: This event is open to ages 21 + up. . PLEASE NOTE: This show features EXPLICIT CONTENT and LOUD MUSIC! . . ABOUT OUR BENEFICIARIES: . VegFest Los Angeles is a magnificent day filled with food, fun and inspiration. The combination of a delicious vegan international food court, great live music, empowering speakers on health, environmental, humanitarian and animal topics, kids’ activities, animal adoptions, an eco-marketplace with over 150 vendors, and more, make for an an unforgettable earth-friendly experience that is sure to be enjoyable for all! . Kindred Spirits Care Farm exists to promote compassion, cooperation and connection to the earth, animals and each other through sustainable care farming. Through sustainable care farming we can help feed the world, slow climate change, build community and bring hope and healing to vulnerable people. It is a flexible, scalable and adaptable practice that is already changing lives. “Care farming” connects the healing power of horticultural therapy and/or animal therapy in a farm environment with vulnerable people who can benefit from meaningful time with plants and animals. . . . . . #vegan #dragqueens #VegansOfLA #farmsanctuary #animalliberation

Kindred Spirits Care Farm, according to its website, aims to “promote compassion, cooperation and connection to the earth, animals and each other through sustainable care farming.”

The organization intends to help vulnerable people using the healing powers of both horticultural therapy and animal therapy. All the animals who live on the farm have been rescued and will live out their natural lives peacefully. Whilst care farms are wildly popular in Europe, the concept is still taking off in America, with Kindred Spirits being the only known farm of this nature in the United States.