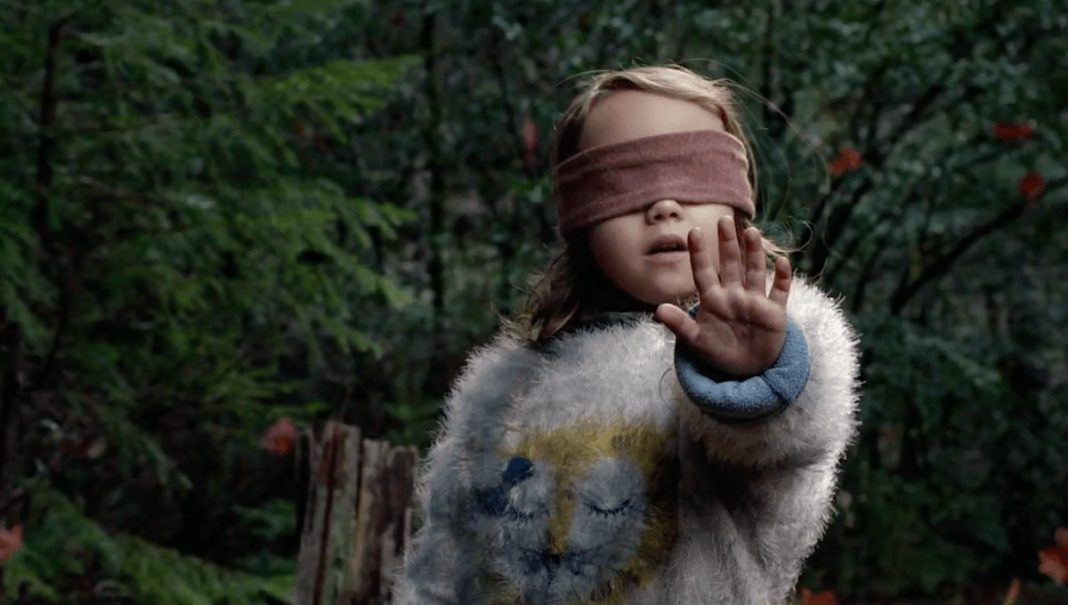 Vivien Lyra Blair may have been blind to the world in Netflix’s recent runaway hit “Bird Box,” but the six-year-old actor says she is always looking out for animals.

“That’s why I’m a vegetarian!” she told PETA (People for the Ethical Treatment of Animals) in a recent video interview.

“At just 6 years old, Vivien is wiser than most adults when it comes to feeling empathy for animals,” PETA notes. “She’s a doting guardian to her three rescued cats, including an orange tabby named Lazlo—’the meowiest of all of them.’ And as a lifelong vegetarian, Vivien loves snacking on fruit and edamame, although she admits, ‘I’m still working on liking spinach more.'”

Blair, who’s been raised vegetarian is motivated by her love of animals. “I’ve always loved animals so much and I’d never think of doing anything to hurt them,” she says.

Please help @kittcrusaders find homes for Negan and Lucille – two of the sweetest kitties! They are bonded so perfect as a pair! Please adopt ❤️ #kittcrusaders #adoptacat #larchmontvillage #kittens_of_instagram #vivienlyrablair

In addition to fostering cats, the young star also uses her Instagram page to help find homes for other rescued animals.

“If you want to adopt an animal, you should do it,” she says in the video. “Treat them kind and wonderful.”

Blair joins a growing number of conscious kids speaking up for animals and the benefits of a vegan diet.

Earlier this week 12-year-old Genesis Butler sent a plea to Pope Francis urging the head of the Catholic church to go vegan for Lent. The plea is part of the new Million Dollar Vegan campaign backed by celebrities including musician Sir Paul McCartney and actors Woody Harrelson and Joaquin Phoenix. The campaign promises to deliver $1 million to the Pope’s charity of choice if he gives up animal products for the holiday.

“Farming animals for food has a greater impact on global warming than the emissions from every car, bus, train, ship, and plane on the planet combined,” Butler explains in the video. “It is also the leading driver of deforestation and biodiversity loss and causes immense suffering to billions of animals.”

“By going plant-based for Lent, he would be leading the way to a more sustainable planet,” Butler says. “Join us and fight climate change with diet change.”