A new study published in Proceedings of the National Academy of Sciences of the United States of America highlights the impact humanity has upon biodiversity and wildlife on Earth, although humans make up only a minute portion of all life on the planet.

As of the study’s publication date (May 21, 2018), the 7.6 billion humans on Earth equated to just 0.01 percent of all the world’s inhabitants, however, the species maintains a significant impact on other life forms. Since civilization was established, the human race has caused the loss of 83 percent of all wild animals and 50 percent of all plants. Simultaneously, livestock farmed for human consumption represents a large portion of animals on Earth, meaning the natural harmonious balance between species is decreasing while farming animals for food is increasing. 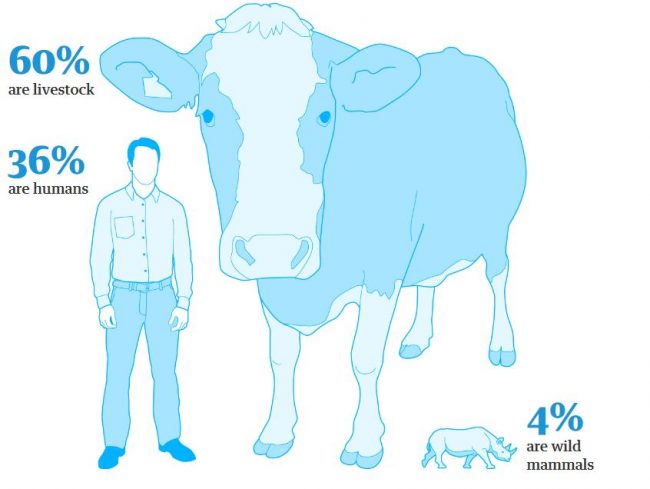 Additionally, the whaling industry, that has operated for 300 years, is responsible for the 80 percent decline in marine life. 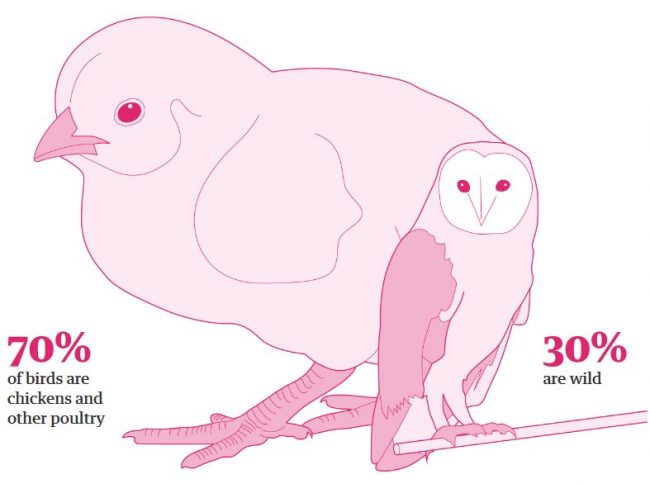 “I would hope this gives people a perspective on the very dominant role that humanity now plays on Earth,” Professor Ron Milo from the Israeli Weizmann Institute of Science, who led the work, told The Guardian. According to the media publication, Milo said he is opting for a mostly vegetarian diet due to the negative environmental impact of meat production. “It is definitely striking, our disproportionate place on Earth. When I do a puzzle with my daughters, there is usually an elephant next to a giraffe next to a rhino. But if I was trying to give them a more realistic sense of the world, it would be a cow next to a cow next to a cow and then a chicken.”

“In wildlife films, we see flocks of birds, of every kind, in vast amounts, and then when we did the analysis we found there are [far] more domesticated birds,” continued Milo, who later added he was surprised to find his work was the first global biomass study of its kind.

Another report, released last year, said that within the past 50 years alone, an estimated half of animals on Earth were lost to industrialization.

However, the large proportion of livestock being farmed for food is an unsustainable method of feeding the world, according to a report released earlier this month. It said the food industry could feed a vastly greater amount of people by cultivating plant crops rather than raising livestock.