(Updated October 6, 2019) Pizzas made with vegan Beyond Meat sausage crumbles are now available at 7-Eleven locations across Canada.

Arriving at select Toronto locations, the move comes as 7-Eleven recognizes the shifting dietary preferences of its customer base. The popular convenience chain says it hopes to satisfy its customer’s cravings for delicious pizza. But it also wants to support their desire for “more sustainable and humanitarian products.”

Meat eaters are the largest consumer demographic for vegan options – so far this year more than 200 million vegan burgers have been eaten by meat-eaters. 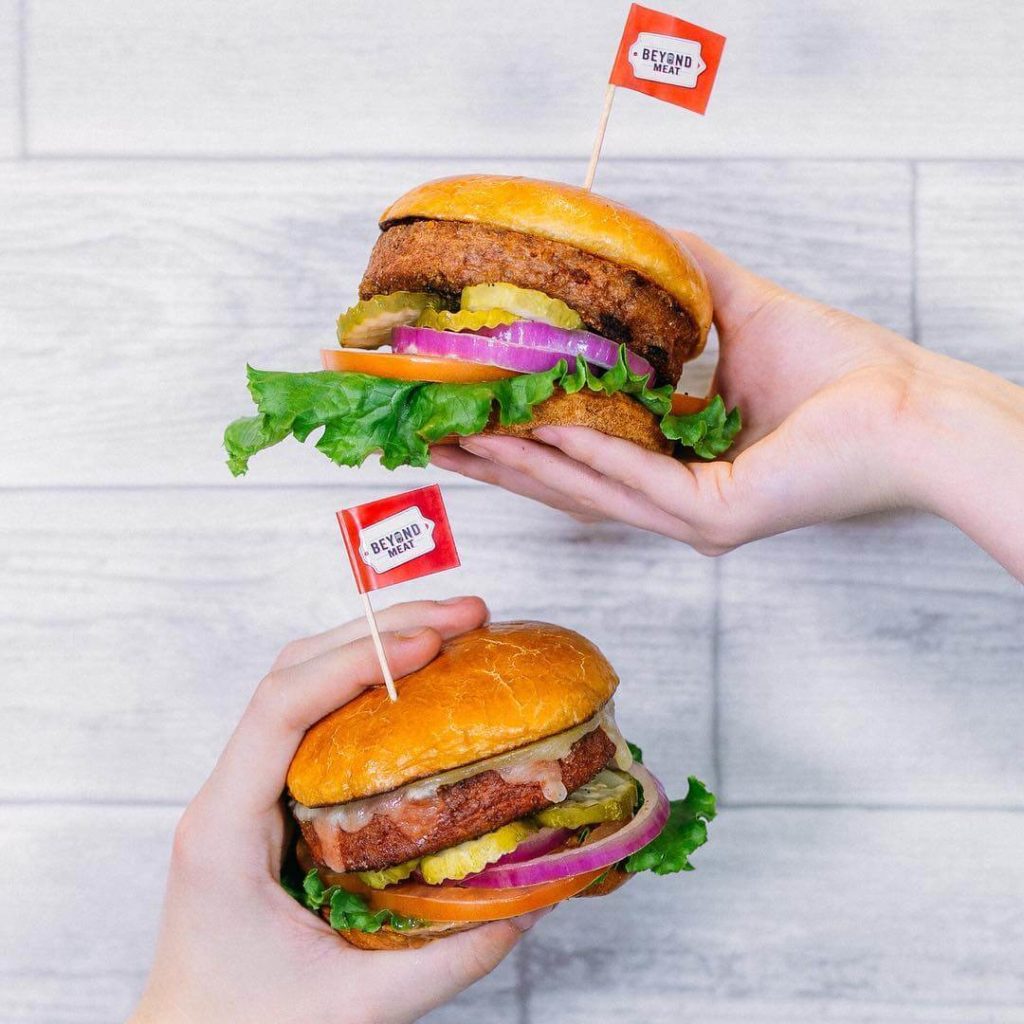 Vegan Beyond Burgers are at Tim Hortons

Beyond Meat and its chief competitor, Impossible Foods, have been leading the market for vegan meat options. Both have secured placement in key fast food and meat-heavy chains including Carl’s Jr., White Castle, and Burger King.

“By expanding the fresh food assortment offered to our customers, we hope to provide options for every preference,” says Doug Rosencrans, Vice President and General Manager of 7-Eleven Canada. “Beyond Meat has created excitement around plant-based protein alternatives and with the introduction of the Beyond Sausage and Roasted Veggie Pizza, we are providing our customers with what they want.”

Beyond Meat has seen significant success in Canada — its launch of the vegan Beyond Burger option at A&W locations last year saw stores selling out of the meatless patties within hours and sales spike across the chain as a result of the launch.

“This partnership marks our entrance into the c-store category and an exciting opportunity to partner with one of the largest global brands,” commented Chuck Muth, Chief Growth Officer at Beyond Meat. “Accessibility is a top priority for us and 7-Eleven Canada locations, from urban to rural, are a prominent fixture in all communities.”

This marks the first range of Beyond Meat pizzas from the Southern California vegan meat brand. But it’s not Beyond Meat’s first appearance on a pizza pie. Chains including Pizza Rev have added vegan Beyond Meat options.

The new pizzas are available “24/7” for delivery by Foodora or Uber Eats across Canada.