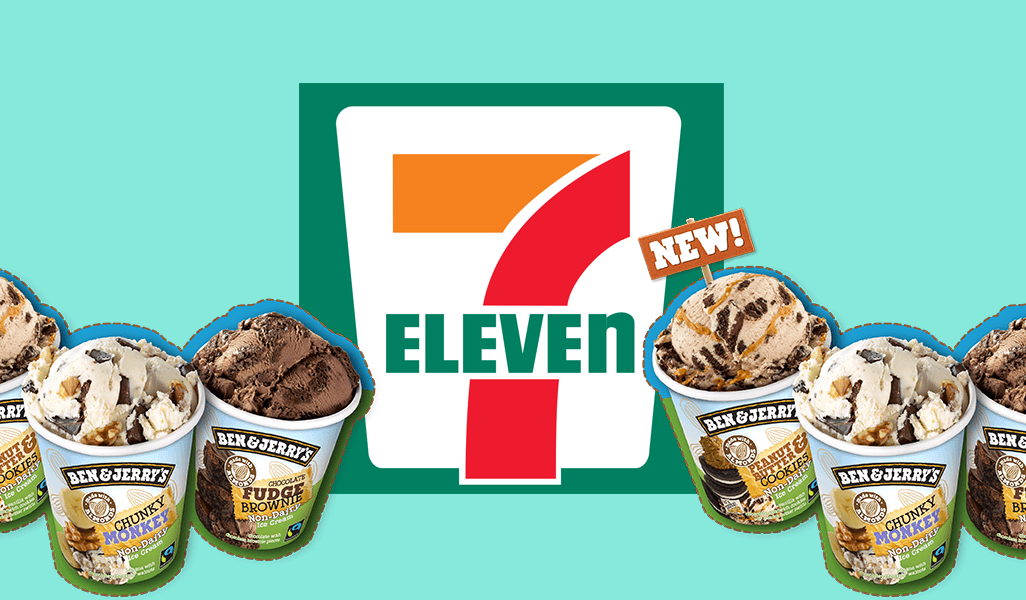 The truth is, vegan ice cream is slowly taking over the world. Vegan versions of Ben & Jerry’s have been rolled out in Asia and dairy free NadaMoo! has recently received a $4 million investment. Back in November, Future Report even estimated the global market for plant based ice cream will reach a staggering value of $2.45 billion in the next 10 years.

The popularity of plant-based products has surged largely due to health concerns, as well as worries about animals and the environment.

With this in mind, many people are now on the hunt for dairy-free versions of their favorite treats. And it turns out, they can look no further than 7-Eleven.

The company has recently decided they are not going to be the ones to miss out on the new ice cream revolution. They have announced they too will be now be stocking dairy-free versions of the frozen sweet stuff, including Ben & Jerrys, in all stores across the Gold Coast of Australia.

After all, as top chef James Kenney recently said, ‘a world that largely thrives on plants, that at least becomes plant-centric, is a better world, a happier world, a healthier place and it is a world changed.‘

Leah Dumo-Heron, who is the co-owner of coconut based ice-cream brand CoCoLuscious, stated the new addition is not a shock to her. She said, ‘coconut products are growing 30 per cent year on year‘ adding that she too believes plant based eating is ‘the biggest growth in food at the moment.’