(Updated April 27, 2020) | More than 70,000 olive ridley sea turtles were seen nesting along the coast of the eastern Indian state of Odisha.

According to Business Insider, the sea turtles did not partake in their annual nesting last year. While some sources attribute the absence of olive ridleys to factors like natural disasters, others say lockdowns and stay-at-home restrictions ordered for COVID-19 have allowed the sea turtles to nest undisturbed by humans.

Although the olive ridley sea turtle is the most abundant of all sea turtles found in the world, it is still listed as vulnerable by the IUCN Red List.

Nearly 100 critically endangered sea turtles have also hatched on a Brazilian beach left deserted due to the current coronavirus outbreak.

The Guardian reports 97 hawksbill sea turtles hatched last month in Paulista, a city in the north-eastern state of Pernambuco. This comes on the heels of Governor Paulo Câmara ordering a partial shutdown of Pernambuco. He urged residents to self-isolate in order to limit the spread of COVID-19.

According to Paulista’s environmental secretary, Roberto Couto, Brazil’s coastline is also home to the olive ridley turtle. The green sea turtle and the loggerhead turtle also visit the beach. Couto told The Guardian more than 300 turtles have hatched on Brazil’s coast this year.

Cuoto said the turtles typically lay their eggs in January. They hatch in April or May.

“It’s really beautiful because you can see the exact instant they come out of the eggs and […] watch their little march across the beach,” Couto said.

“This time, because of coronavirus, we couldn’t even tell people it was happening,” he added.

The hawksbill sea turtle is listed as critically endangered by the IUCN Red List. In addition to being affected by habitat loss, their colorful shells make them targets for poachers.

Sea turtles were also seen flourishing on a South Florida beach amid lockdown.

“Each night during sea turtle nesting season, a team of our researchers patrol our 9.5-mile stretch of beach for nesting sea turtles. This year marks the 20th anniversary of The Leatherback Project,” the center said on Facebook.

“Our researchers are documenting injuries on all of our nesting turtles for a larger research study. So far this season our beaches have a total of 79 nests, 76 leatherbacks and three loggerheads,” it added. 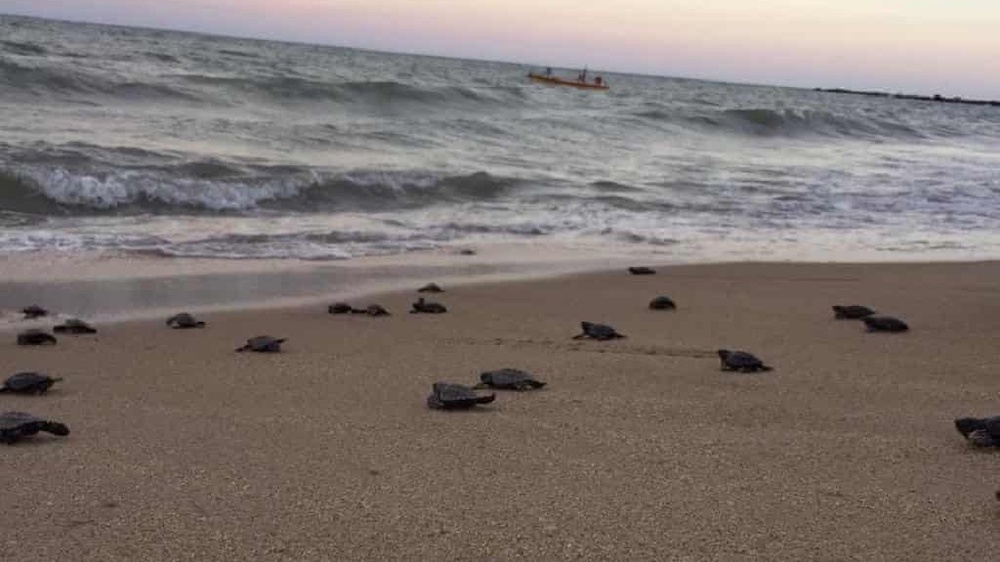