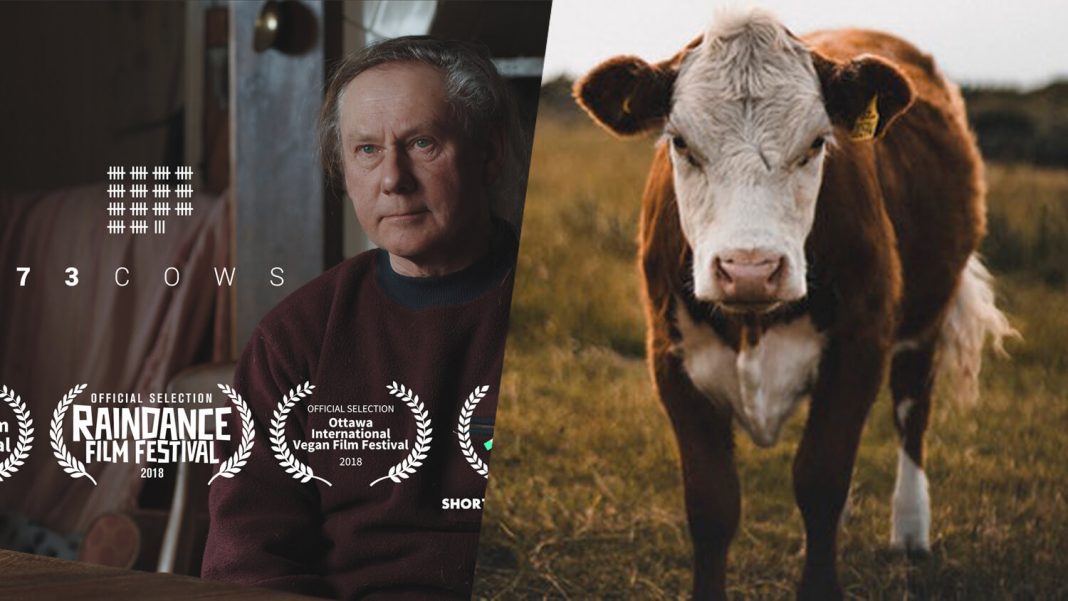 The film was initially available to view on Vimeo but had to be removed due to BAFTA regulations. It has now been re-released on the streaming platform for four days; in that time, it has already managed to rack up over 155,000 views.

The team posted on the Facebook page for the film, “the response to the re-release of 73 Cows has been incredible! Thanks to everybody who has messaged and shared our film.”

Last year, the film won the “Best Overall Film Award” and the “Best Lifestyle Film” award out of the 29 movies screened at the first-ever Ottawa International Vegan Film Festival (OIVFF).

Directed by award-winning filmmaker Alex Lockwood, “73 Cows” provides snippets from the journey of Jay Wilde, the “first farmer in the UK to trade beef farming for sustainable organic vegan farming,” as he and his wife Katja undergo the unheard-of transition.

The reason for the change? Wilde became “friends” with the cows, realizing that each has a unique personality. Wilde said he could no longer cope with the ethical dilemma of continuing the family beef farming business. Instead of living with the guilt, Wilde makes the decision to give custody of his cows to a sanctuary and he and his family transition to organic farming instead.

“When we set out to make ’73 Cows’ I knew that the film had potential as Jay’s story was so inspiring, but I never anticipated the reaction it’s receiving,” Lockwood told LIVEKINDLY about the BAFTA nomination earlier this year.
“The film really seems to have struck a chord with people all around the world. When we released the film online, we thought that it would be viewed by a few hundred people within the first few days, so we were amazed when the viewing figures kept going up and up into the tens of thousands,” Lockwood said.

The 15-minute documentary premiered at the Raindance Film Festival, received a nomination for “Best Local  Film” at the Birmingham Film Festival, and trended on video platform Vimeo upon its initial upload.

But the BAFTA nomination – and win – was unexpected, Lockwood says. “I didn’t quite believe it at first. Never in a million years did we think it would get through.”

After its OIVFF win, the jury had high praise for the film, stating: “’73 Cows’ is a beautiful and moving film that traces Jay’s journey through the changes he never expected. It is an exquisite meditation about the bond between man and beast, and a profound portrait of a man awakening to the call of conscience, compassion, and courage.”

Now, Lockwood hopes the film will have an even greater impact with the BAFTA nod.
“The more people who are conscious about their food choices the better,” he said. “If ’73 Cows’ helps to raise consciousness as its audience grows that that’s great.”