Not too long ago, the words “plant-based” and “vegan” rarely cropped up on the menus of restaurants or schools. But as awareness of the health, environmental, and ethical benefits of a vegan diet increases, so does the public’s interest in the lifestyle. A growing number of people across the world are choosing to include more plant-based food in their diets, and many of those who aren’t already, are willing to try.

Leading food service provider Aramark, which services companies in education, healthcare, corrections, and leisure across more than 20 countries, recently conducted a survey to better understand the vegan movement. “The majority of our consumers want to eat more plant-based foods,” Aramark uncovered. According to the survey results, 80 percent of participants said they would try plant-based dishes that they have never tried before. And more than 60 percent of people noted that “plant-forward eating” — Aramark’s latest focus — is appealing to them.

Consumer trends are common in many industries, and the food industry is no exception. But the plant-forward movement has been welcomed across all generations, according to Aramark. “As food trends ebb and flow over the years, generations grow up surrounded by varying options, developing different outlooks on food and nutrition as a whole. As disparate as the generations may be, they are all open to trying plant-forward meals,” the company wrote. 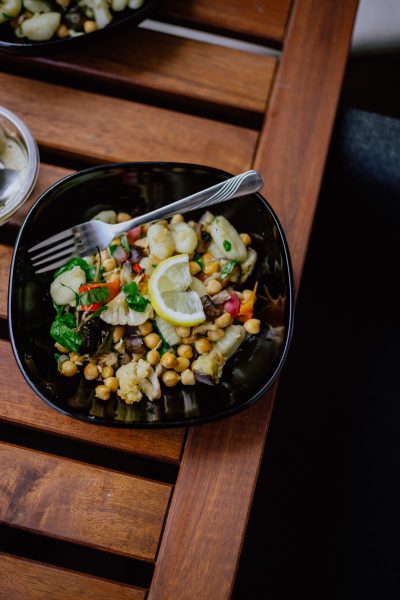 Millennials, in particular, were enthusiastic about the meat-free movement; 69 percent of the group said that they found plant-based eating appealing.

In recent times, Aramark has shifted its offerings to align with evolving customer preferences. Now, 30 percent of Aramark’s menu selections are meat-free or entirely vegan. This change is impactful considering Aramark’s wide servicing pool. When the food supplier took on vegan burgers by Beyond Burger last month, the dish was made available to more than three million students across 500 campuses.

Aramark also recently collaborated with the American Heart Association. The two organizations bonded over a mutual goal of improving heart health by making vegan food more accessible. Similarly, in the recent survey, more than half of participants noted personal health as their driving motivator of eating more plant-based foods.