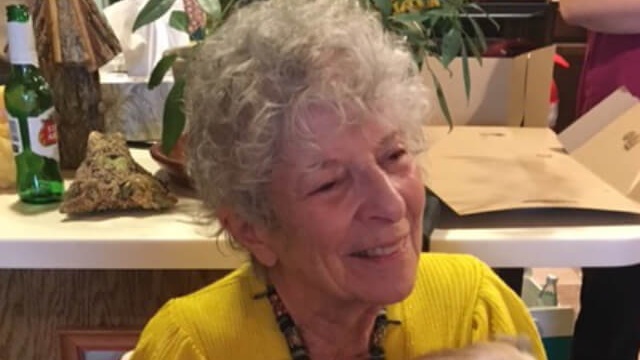 An 80-year-old woman is aiming to grab the title of “Sexiest Vegan Over 50” in international animal rights organization PETA’s (People for the Ethical Treatment of Animals) annual contest.

April Silverman, a resident of New Hope, Pennsylvania, who has been vegan for half her life, is the eldest of six finalists to make the cut by nearly 20 years. According to her profile, a PETA mailing about the suffering of a downed cow played a role in her decision to lead a more cruelty-free lifestyle.

Despite her age, the senior vegan is committed to activism for the animals, often spending her days writing letters and making phone calls. In addition to her activism, Silverman keeps her body and her mind active, participating in weekly yoga and art classes.

“April Silverman’s compassionate choice to steer clear of meat and dairy ‘products’ for decades has made a world of difference for animals and made her a vegan force to be reckoned with,” said PETA Executive Vice President Tracy Reiman.

Silverman is not alone in being an elderly vegan activist. Roy Burdin, a 98-year-old vegan and a resident of Lancastershire, is working with UK-based nonprofit Vegetarian for Life to bring plant-based meals to local assisted living facilities. “I think that’s a great step forward to try to alert the care homes and places that cater for older people so they don’t find they are being denied the foods that they like,” he said. Burdin went vegan while in his 60s after following a lifelong vegetarian diet.

A growing body of medical studies has highlighted a plant-based diet as a possible key to longevity. Last April, Harvard researchers found that a vegan diet could prevent as many as one-third of early deaths. According to a study released last March, a whole foods, plant-based diet may also help prevent chronic disease such as type-2 diabetes, heart disease, cancer, arthritis, dementia, and others, among seniors.

Voting for PETA’s “Sexiest Vegan Over 50” contest is open until 5 pm EST Thursday, October 16 and winners will be announced on October 22. To cast your vote, visit the official contest page.