The northeastern Indian state of Meghalaya has released a proposal for a new effort that would help 82,000 farmers produce jackfruit meat, The Hindi BusinessLine reports.

Titled “Mission Jackfruit,” the Meghalaya government hopes that the policy will provide new livelihood opportunities for those living in both urban and rural communities using what is commonly regarded as the “poor man’s fruit.” Jackfruit grows abundantly in the wild regions of the state, particularly in the Garo Hills region, however, vast quantities of the fruit, which is finding increased favor among western consumers as a vegan meat substitute, are going to waste.

“It is a paradox that Garo Hills wastes 80 percent of the fruits though people suffer from lack of proper nutrition and income,” Vijay Mantri, the district magistrate of East Garo Hills, told NDTV Food. Although locals consume the fruit, the jackfruit tree also can be used for timber, fuel, fodder, medicinal purposes, and industrial products.

The #MondayBlues are no match for the perfect workday lunch ?? You can’t beat the classic combo of BBQ #jackfruit (DIY’d here by @thevegandaydream using our Lightly Seasoned Jackfruit and @sbrbbq sauce) and fresh avo ?

There are nearly one million trees in Meghalaya. The state’s sub-tropical climate makes it ideal for jackfruit cultivation and a lucrative opportunity for residents.“Jackfruit farming is the best alternative for many challenges the economy faces today,” said an unnamed horticulture scientist. The expert noted that jackfruit trees require little to no care in its first four years, but can produce fruit for a few hundred years. They are also an evergreen tree, so a successful Mission Jackfruit can potentially provide steady income for years to come.

As part of Mission Jackfruit, the state wants to identify local varieties as well take steps toward sourcing farming technology. It also hopes to promote jackfruit cultivation on 2,000 hectares of land, with the goal of helping 82,000 farmers over the next five years. Beyond farming, the state will also focus on demand-driven research and the development of new products, improved packaging, and new storage and shelf-life facilities.

Additionally, Mission Jackfruit will work with the Indian central government to establish incubation centers across the state that will provide training, technical assistance, and facilities to entrepreneurs to develop jackfruit products.

In westernized nations, jackfruit is emerging as a vegan substitute to meat due to its fibrous texture similar to pulled chicken, pork, and beef. The fruit takes on the flavor of savory sauces and marinades. Well-known hummus brand Sabra launched a seasonal hummus topped with smoky BBQ jackfruit and popular coffee chain Starbucks added a BBQ “pulled” jackfruit wrap as a vegan option in UK locations. 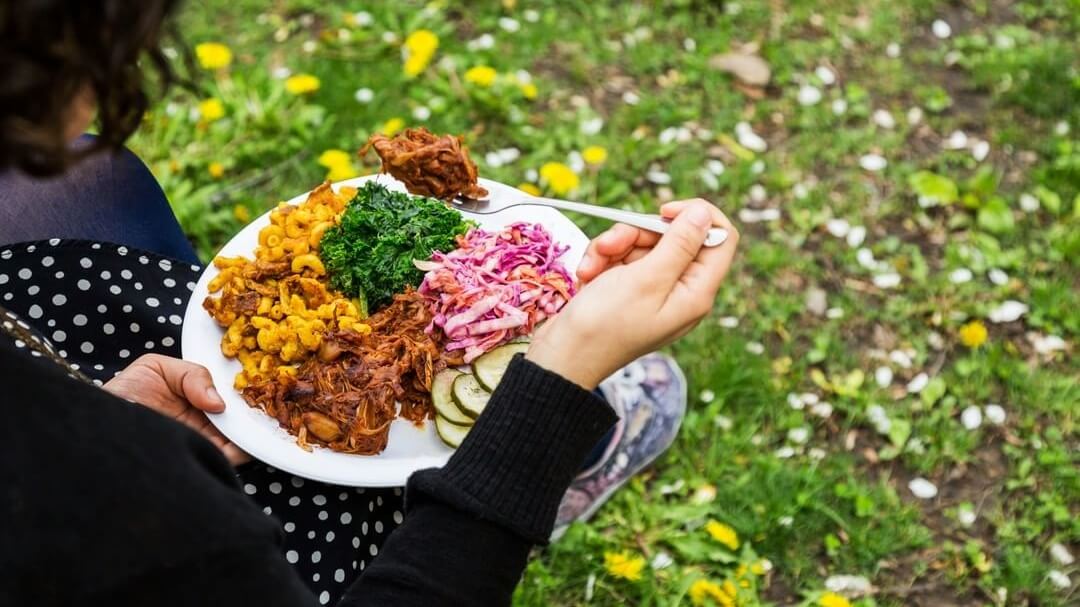