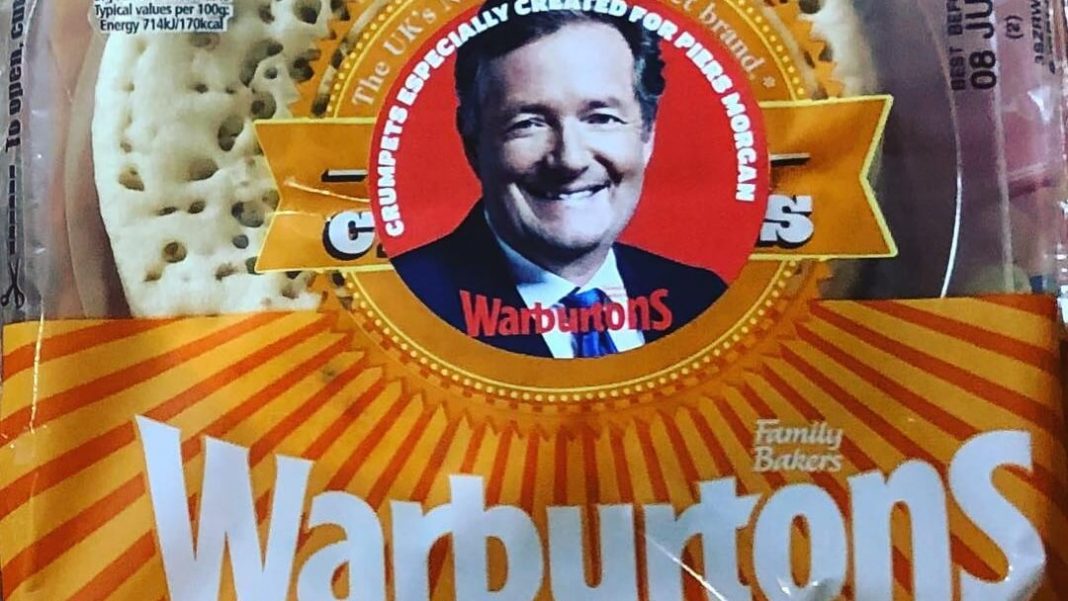 It’s no secret that TV host Piers Morgan is not a fan of the new Greggs vegan sausage roll. When the bakery chain first Tweeted its video announcement of the menu addition, Morgan responded with, “nobody was waiting for a vegan bloody sausage, you PC-ravaged clowns.” The roll then promptly sold out in a number of stores across the country, with some even labeling it better than the original.

But Tweeting his rage at a meat-free sausage was not enough for Morgan. He recently gave the Greggs pastry a try on “Good Morning Britain” with co-host Susanna Reid, who praised the roll, calling it “delicious.” Morgan, however, made a show of spitting his out, branding it “disgusting.” He asked, “Why would anyone eat this?” Perhaps people are eating it for the higher protein content than the original meat-based sausage roll, or the 96 layers of golden puff pastry, or the bespoke animal-free Quorn filling.

Despite his blatant revulsion at the £1 pastry, there are, in fact, many occasions when Morgan has managed to – maybe without realizing – choose, enjoy, and keep down vegan food and drink. Without further ado, here are nine times vegan sausage roll-hater Morgan has managed to consume – and seemingly appreciate – vegan food or drink and not puke it back up.

1. When He Ate This “Breakfast of Jet-Lagged Champions”

Morgan’s right, there’s nothing like Marmite on toast to help a jet-lag sufferer. With the fresh vine tomatoes too, it’s nutritious, delicious, and completely plant-based.

2. When He Posted About This Warburtons Crumpet With His Face On It

The thinking woman’s crumpet. Thanks @warburtonsuk.

Not all crumpets are vegan, but lucky for Mr. Morgan, Warburtons crumpets contain no animal products, so he can munch away guilt-free.

3. When He Drank This Pint of Guinness

You seem to really enjoy vegan beer tho ?‍♀️ pic.twitter.com/ez7yeGazIA

Guinness went vegan in 2017, removing the fish bladder from its filtration process. Looking at the photo, it seems Morgan enjoyed his pint of the black stuff nonetheless.

4. When He Snacked on Nobby’s Dry Roasted Peanuts

The “nectar” isn’t vegan (yet) as the filtration process includes isinglass (fish bladder), however, Nobby’s “perfect” nuts are completely free of animal products.

5. When He Gave This Champagne a Smooch

Despite its vegan status, Morgan seems to have no issue with posing (and pouting) alongside this bottle of Veuve Clicquot Champagne. If he puked later, it was nothing to do with the quality of the bubbles.

6. When He Ate This “Insanely Good” Morrocan Meal

Insanely good meal tonight at @lamamouniamarrakech’s Le Marocain restaurant – this was just ONE of the starters! No wonder Churchill loved this hotel. Such classy elegance. #marrakech #lamamounia

Many (if not all) of the dishes from this “insanely good” starter at the restaurant in La Mouminia Marrakesh seem to be plant-based. We’re guessing he didn’t throw up purely due to the hotel’s vibe of “classy elegance.”

7. When He Compared Himself to This Jar of Marmite

Marmite, you either love or you hate it. And, it’s vegan, just like Morgan could become with all this plant-based food and drink he enjoys.

The beach tea here really perks you up. #LA ?

There’s nothing like a drink of vegan kombucha tea to perk you up in the morning, Morgan knows that.

9. When He Paused for This Tea and Biscuit Break

Having a grammatical tea break.

Sitting down with a nice vegan rich tea biscuit in the middle of the day is the ideal way to unwind. Though the milk in his tea is probably dairy, the good news is there are plenty of plant-based milks the TV host could try, including oat milk from popular brand Oatly or maybe a classic Alpro Soya.