KFC has been closing stores across the UK due to a nationwide chicken shortage, which has caused quite the uproar with loyal customers. However, the stores could continue to operate, if the company were to take up Quorn on their offer to supply KFC with animal-free chicken nuggets.

The fast-food giant has not responded to Quorn’s offer, but there are several restaurants in the UK that have included vegan fried chicken on their menus. Every option looks, tastes, and even smells like fried chicken, but all are completely plant-based. The saying is true: it really does taste like chicken. 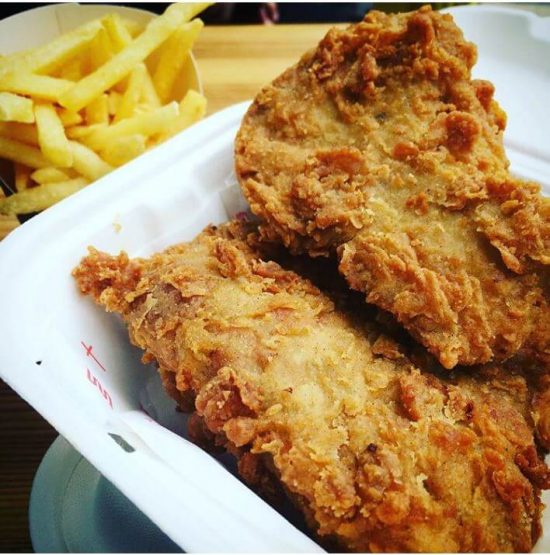 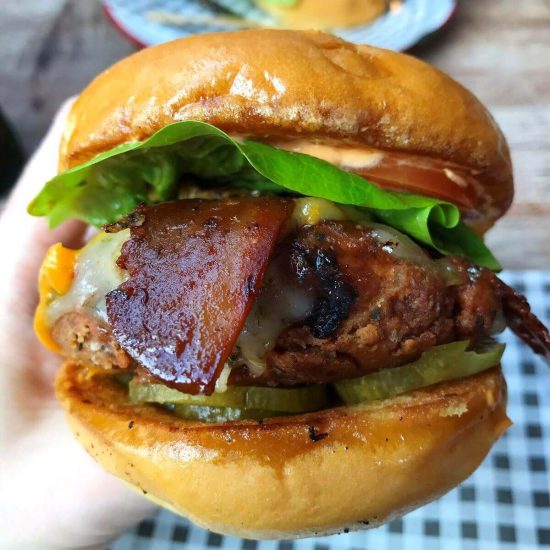 This Edinburgh eatery, while not 100% vegan, offers four vegan-friendly comfort food classics. All varieties feature the restaurant’s Vegan Fried Chick’n Burger, which is a vegan buttermilk fried patty made from seitan. The burgers are topped with pickles, lettuce, tomato, and sriracha mayo. Customers can add gooey vegan cheeze, vegan bacon, or opt for the Angry Vegan, which includes the vegan burger dipped in a spicy buffalo sauce topped with lettuce, jalapenos, and vegan blue cheeze mayo. 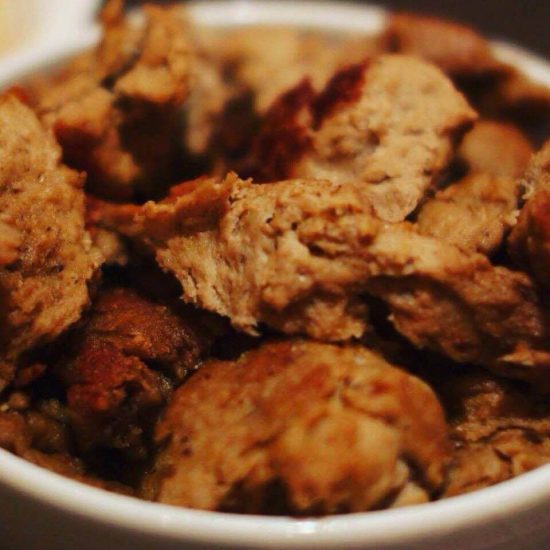 Pure and simple; this vegan pop-up at Wharf Chambers is dedicated to its seitan-based fried chicken. Customers can order this delicious soul food staple by the skewer, in a wrap, or by the bucket, accompanied by their choice of dipping sauce. 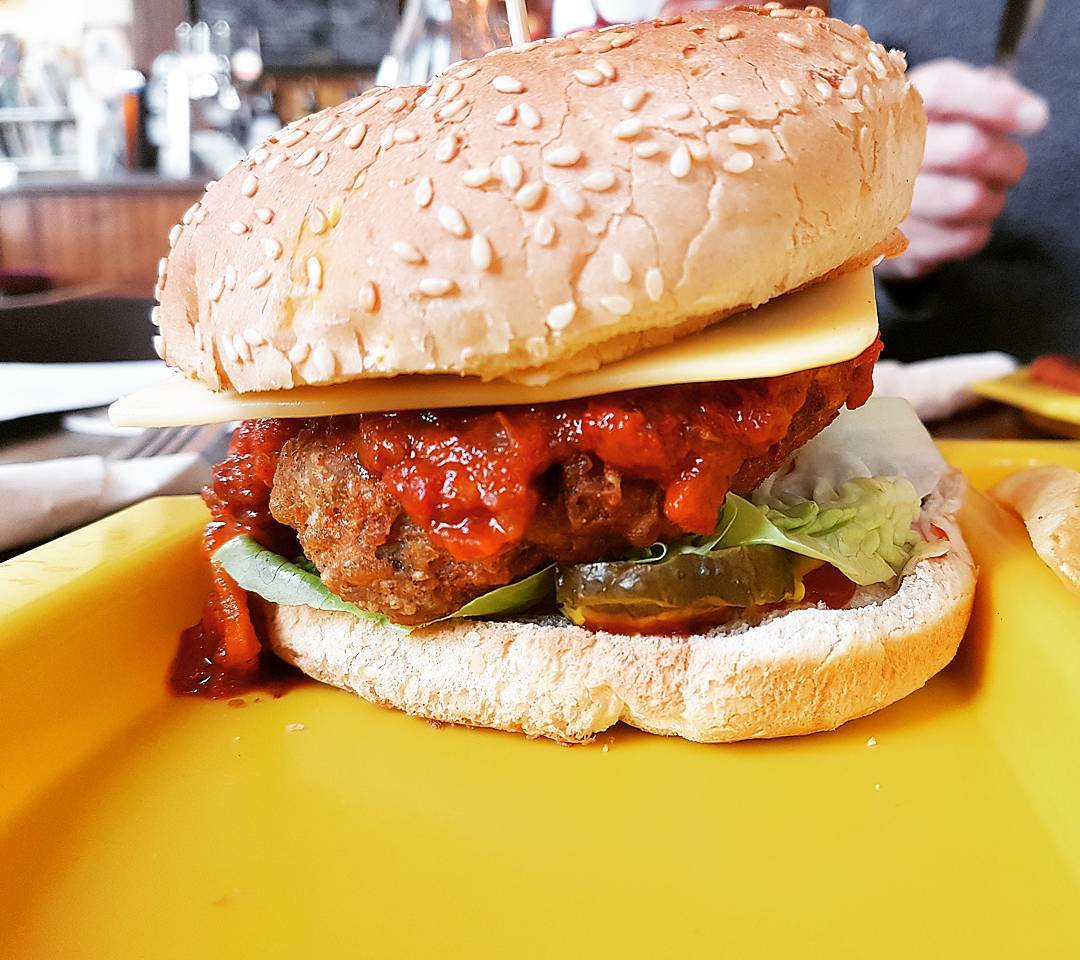 This pub in Liverpool switched to a 100% vegan menu last year with the goal to offer customers “the best junk food [they’ve] ever tried without hurting a single animal in the process.” They’ve certainly attained this goal, as PETA recently recognized the restaurant as one of the best places in the UK for vegan fried chicken. Their award-winning Chimken BLT Burger and crispy ‘wings’ are two standouts on the menu. 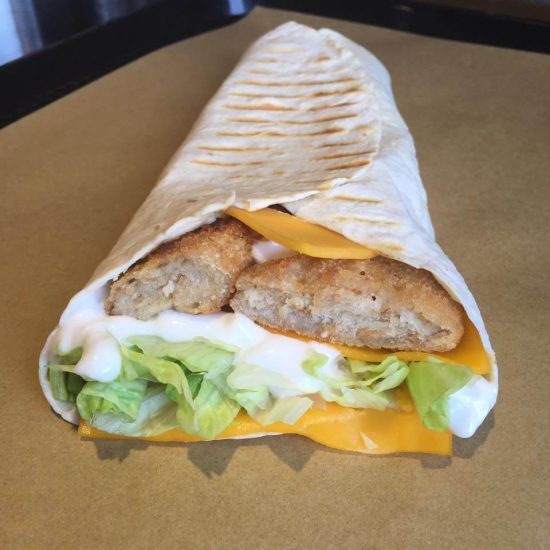 Earth is a vegan chicken haven. The expansive menu offers vegan fried chicken in either a burger or a wrap, with tons of customizable toppings and sauces. Try the Breaded Chicken Style Burger with lettuce and sriracha mayo on a sesame seed bun, or the Bacon Chicken Cheese Wrap with cheddar cheese, crispy bacon, lettuce, and tomato. Vegan chicken nuggets and popcorn chicken are also tasty options. Of course, every item is completely vegan. 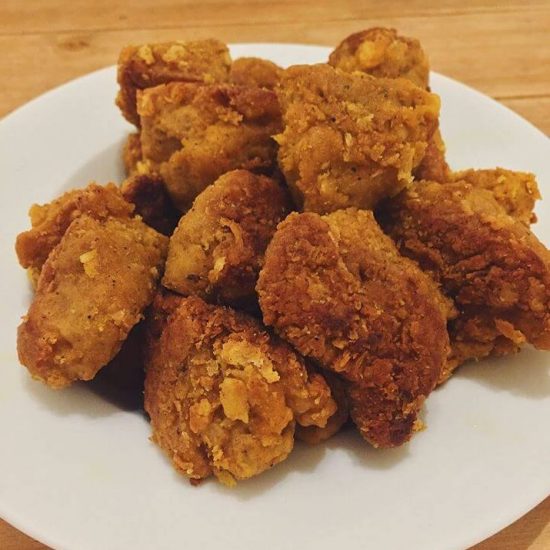 This pop-up “tasty as hell” vegan burger joint serves up homemade plant-based goodness. From seitan-based chicken nuggets to a hefty fried chicken burger on a black charcoal-infused bun, you’ll want to add this place to your must-try restaurant list.

This vegan diner puts a twist on the fried chicken favorite. Their homemade seitan ‘chkn’ is slathered in ‘buttermalk,’ breaded, and deep-fried, then stuffed into one of their uniquely-named sandwiches. Try the Kenan & Kale with mozzarella, smashed avocado, garlic sriracha, mayo and black kale salad. They also offer more traditional fare like the Two Piece Chkn Meal with mashed potatoes and gravy, or simple chicken tenders with dipping sauce. 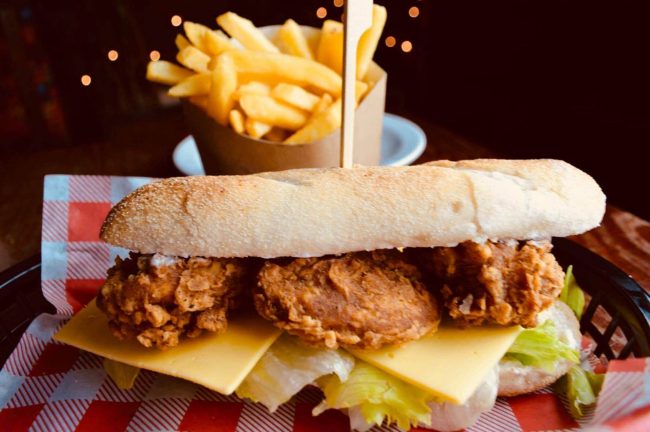 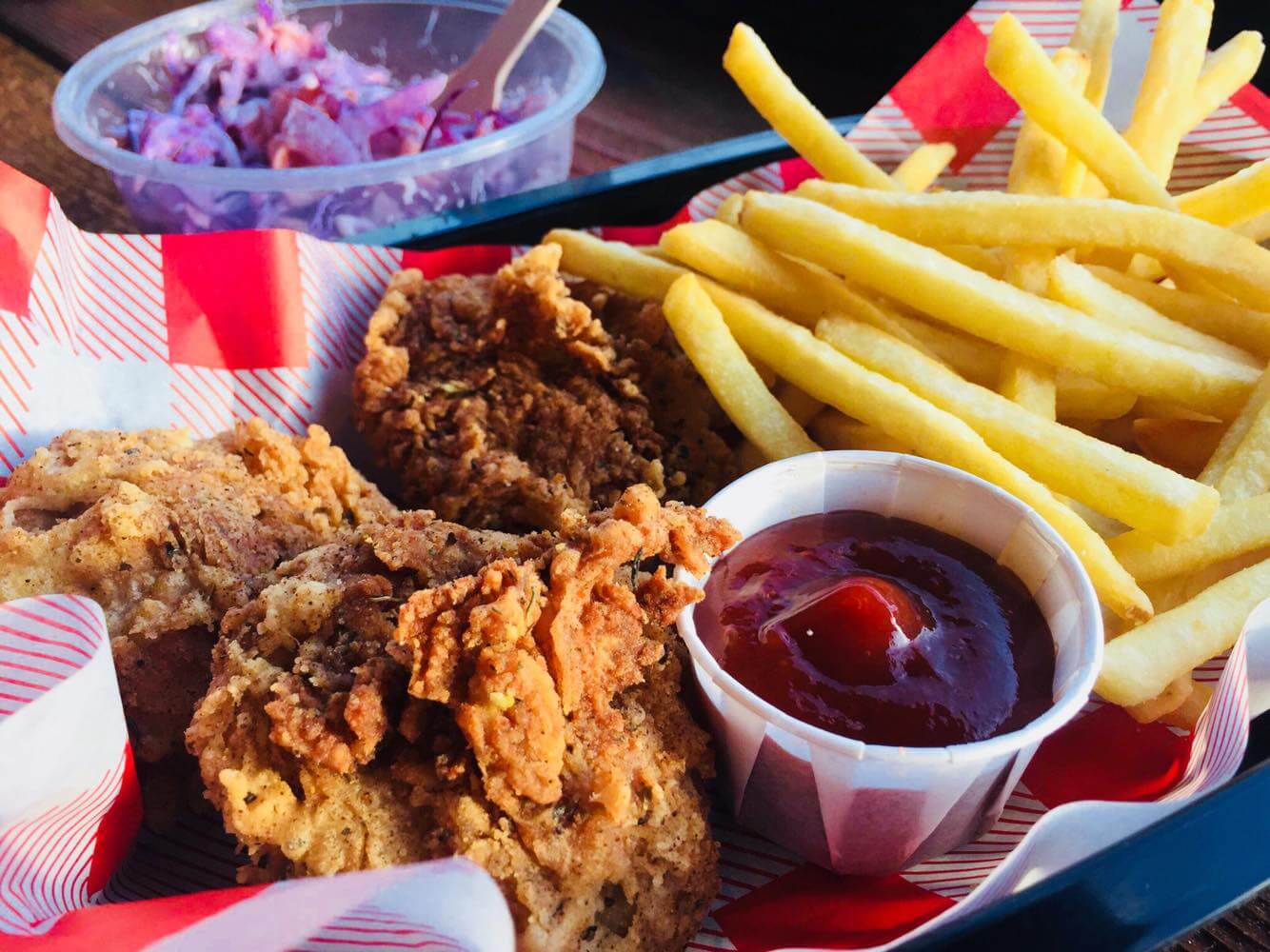 This 100% vegan independent café serves coffee, a selection of craft beers & cocktails, and a generous range of vegan fried chicken dishes. Pair a beer with the spicy buffalo-dipped hot wings or classic chicken tenders. For something more substantial, the Mac Daddy (a mac & cheese topped chicken burger) and the American Joy Burger (a cheese and barbecue sauce smothered chicken burger) will satisfy any appetite.