Not that anyone needs an excuse to enjoy a good donut, but the first Friday in June is National Donut Day! This whimsical American holiday was established in 1938 by the Salvation Army to pay tribute to the “Donut Lassies,” two women who served simple fried donuts to the American soldiers in the trenches during World War I. The gesture was meant to bring the soldiers a bit of comfort and the Salvation Army continued this tradition in World War II.

Throughout the decades, donuts have continued to spark joy across America (and the rest of the world). However, the donut making process has become a little more refined since the WWI days of frying dough in soldier’s helmets (talk about being resourceful). We’ve tracked down the best gourmet, over-the-top, and just plain delicious vegan donuts in the U.S. so you can make the most of National Donut Day…or any day, for that matter. 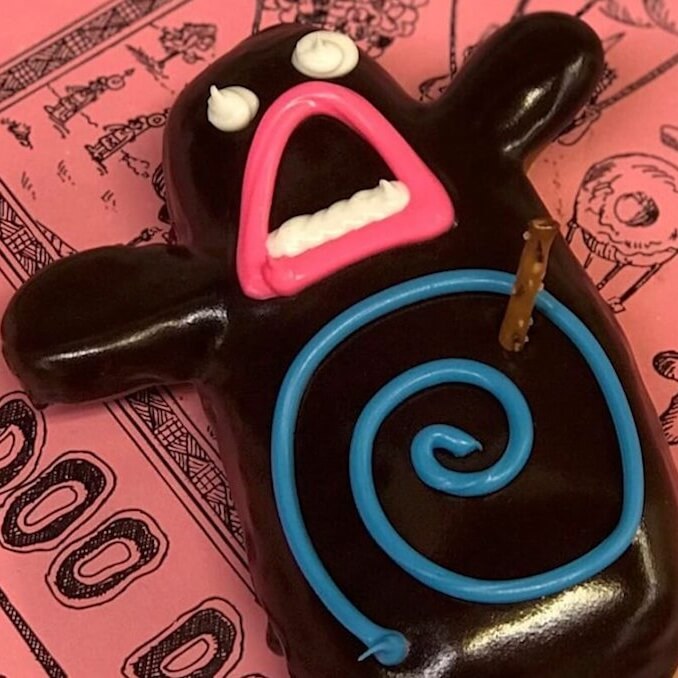 Voodoo Doughnuts has locations across the U.S.

This quirky Portland donut shop has quickly expanded into a nationwide chain, as people can’t seem to get enough of its voodoo doll-shaped donuts and colorful vibe. Vegans can find an array of options at all national locations, from a jelly-filled, peanut butter-glazed variety to the classic voodoo doll yeasted donut stuffed with raspberry jelly and decorated with chocolate glaze and a pretzel stick through the “heart.” 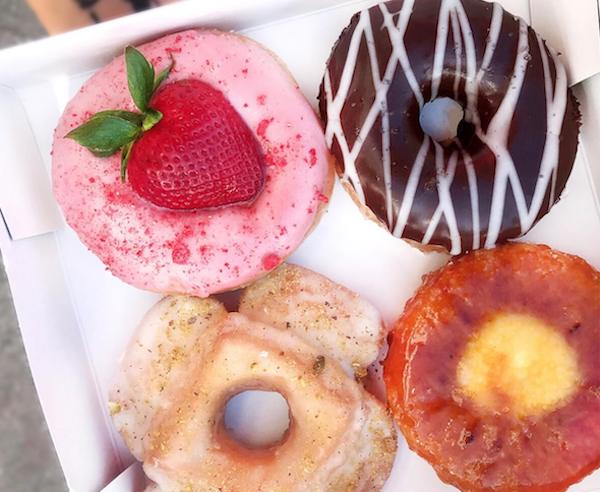 These Insta-worthy creations taste as good as they look

How long are you willing to wait in line for a donut? This tiny Highland Park vegan donut shop always has a steady line of customers out the door, and at festivals, the average wait clocks in at an hour. Donut Friend’s Instagram-worthy creations taste as good as they look, and with dozens of over-the-top options, there’s a donut to match everyone’s taste and style. One of the most popular flavors is the Youth Brûlée, which features a bullseye donut filled with Bavarian cream and topped with brûléed sugar. Don’t see what you like? Donut Friend also offers the option to customize your own donut, so you can create the ultimate sugar-high. 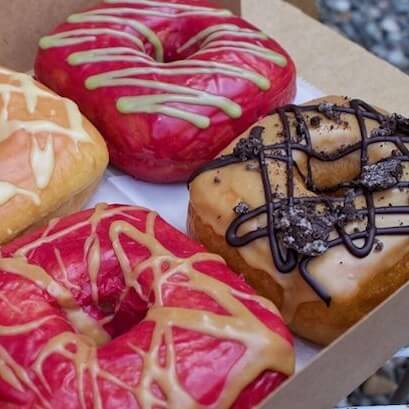 It’s okay to be square. This New York pop-up bakery is cranking out exceptional raised donuts with unorthodox ingredients and shapes. Try the Chocolate Chip Cookie Dough, filled with cookie dough, topped with vanilla glaze, and drizzled with chocolate icing. Or if you’re after something even more indulgent, try the insanely chocolatey Chocolate Ganache or maybe the Vanilla Crème Bûlée. 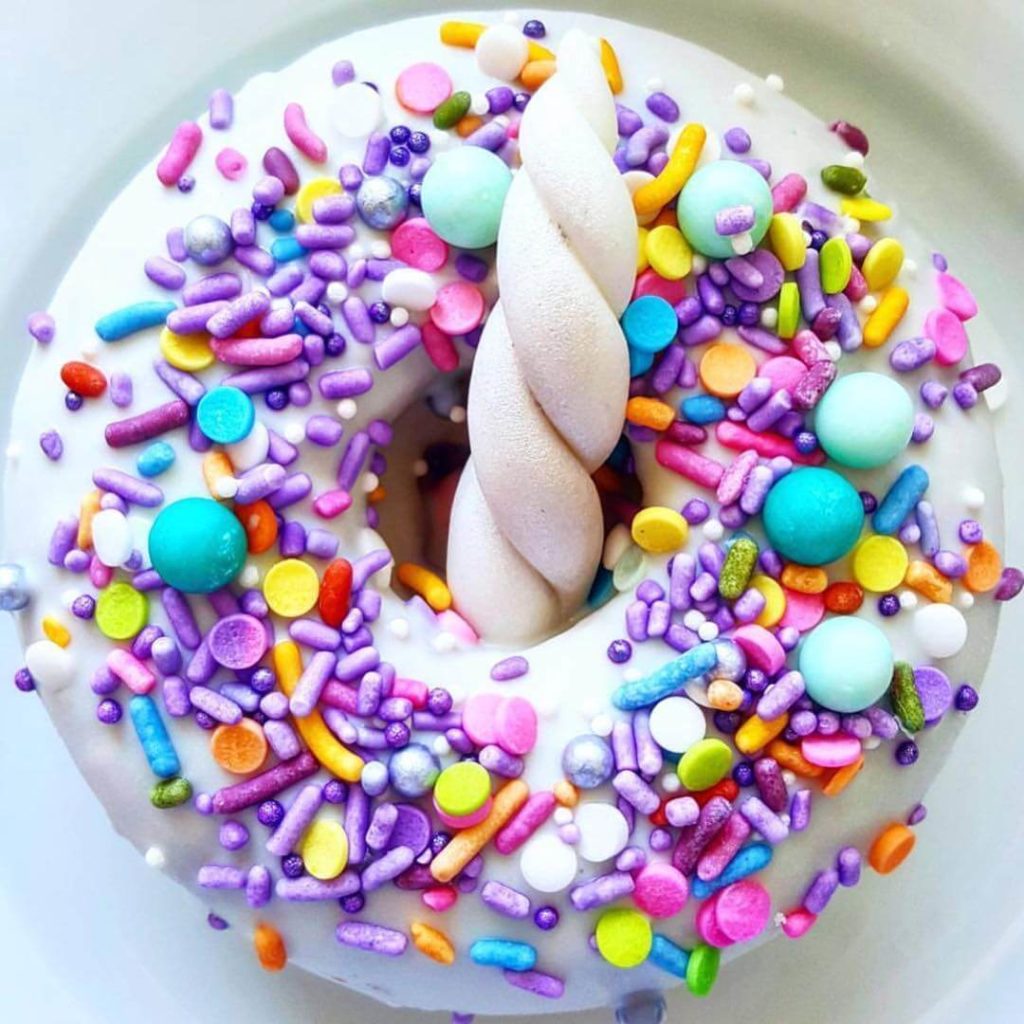 If you can’t decide between a cake or a donut, have both. Karma created quite the buzz around its allergen-friendly donuts with the invention of the Unicorn Donut. These treats feature a vegan buttermilk vanilla or chocolate cake donut, enrobed in vegan white or milk chocolate, then heavily garnished with oversized sprinkles and a unicorn horn. These treats are baked, not fried, and have a more dense, cake-like texture. However, they are sweet, moist, and oh-so-trendy. Stop by the store in Westlake Village, Calif., or ship them to your home anywhere in the U.S. 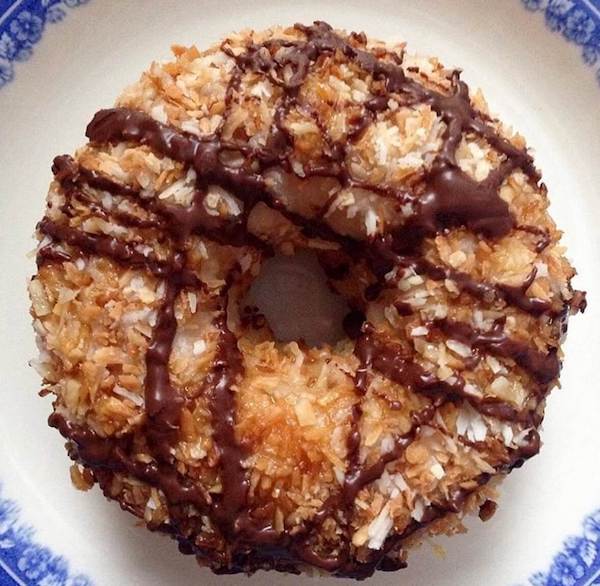 With locations in New York, Orlando, and Los Angeles, Erin McKenna’s gluten-free donuts put smiles on faces nationwide. Her cake donuts are perfectly adorable and always give customers pause – it’s rare to walk into her storefront and not see someone gazing longingly at the donuts through the glass case. The mocha and the samoa are loaded with drizzles and toppings, but for a more simple yet equally satisfying snack, go for the cinnamon sugar and the pretty pink glazed options. 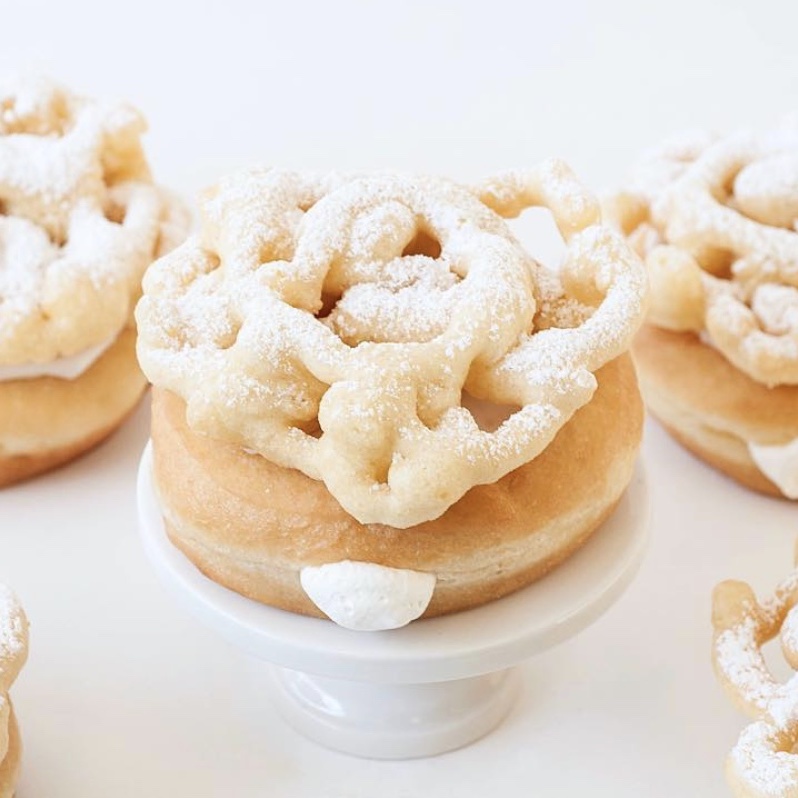 Nestled in a small town in Pennsylvania, Vegan Treats is far from a hidden gem. This completely vegan company was named one of the best bakeries in the world by American Express, and its donuts are undoubtedly a major factor in that success. The shop has over a dozen varieties to choose from, with raised and cake flavors that range from Vanilla Soy Chai to Bavarian Cream. The company has even featured a funnel cake donut at past pop-ups. Find them in Bethlehem, Pa., or at one of their pop-ups across the country. 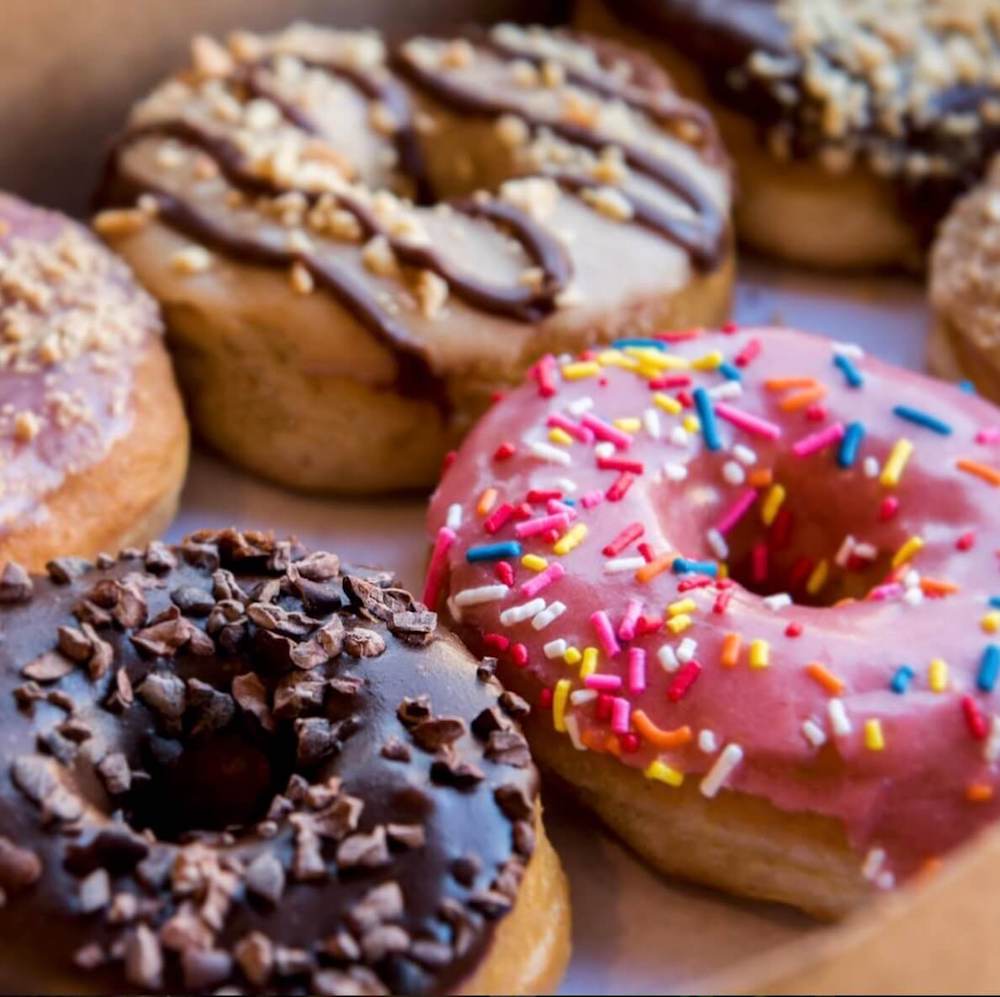 This Brooklyn donut shop may be all vegan, but that didn’t stop it from being recognized as one of America’s Best Donut Shops by Food & Wine Magazine. The shop offers an extensive range of sweets, including raised, cake, and filled varieties, all accompanied with flavorful glazes and toppings, depending on the selection of the day. Don’t even try to pick just one. Go with friends and order a baker’s dozen. 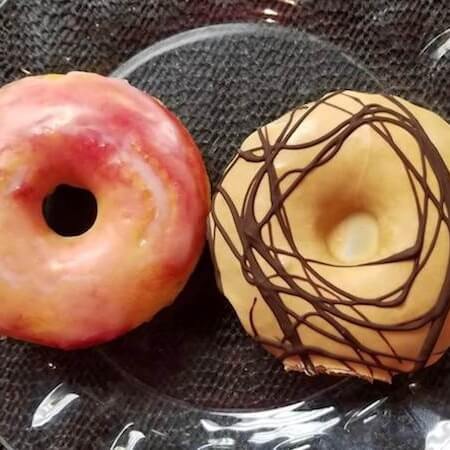 Tandem Donuts is based in rural Montana

One wouldn’t expect to find many vegan donut options in rural Montana, but Tandem Donuts has answered the call. This wholesale bakery supplies donuts to a handful of Missoula, Mont. cafes and markets, and hosts the occasional pop-up for customers who just can’t get enough. Each cake donut is creatively flavored and glazed, far from the average maple bar or plain blueberry donut. Try the Turkish Coffee which features a cardamom donut topped with rich coffee glaze and chocolate ganache, or the Apricot Rose with an apricot donut draped in a rosewater glaze. 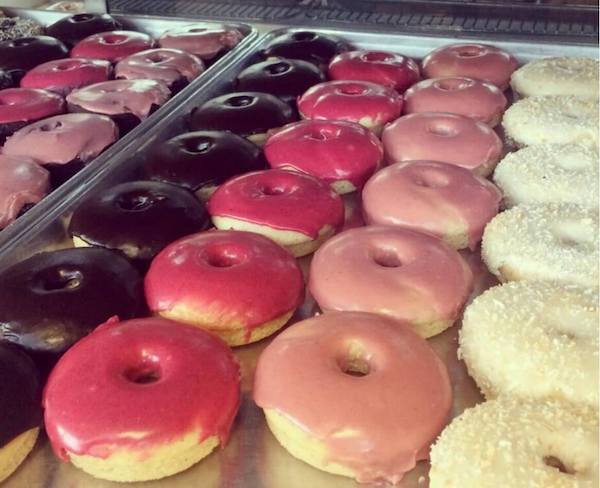 Life is all about simple pleasures, and you can find them at Beet Box Bakery in Denver. Crowned Best Donuts by Westword’s Best of Denver in 2016, these humble baked cake donuts have converted even the most skeptical omnivores into loyal fans. The four simple flavors come in chocolate, pumpkin, apple, and vanilla, all topped with a generous schmear of silky frosting. Not all donuts have to be complex to be delicious. Beet Box donuts are pure, simple joy.