Updated October 16, 2019. More and more Brits are changing their eating habits by trading animal products for vegan food. Recent research suggests up to nine in 10 people in the UK now follow a flexitarian diet.

Major British supermarket chain Sainsbury’s released a report earlier this year that said that 91 percent of Brits are now flexitarian, the term coined for those who follow a mostly vegetarian diet but occasionally eat meat.

Other research agrees that flexitarian eating is on the rise. FoodNavigator reported earlier this month that flexitarians will make up half the British population by 2025. It’s expected that a quarter of Brits will be vegan or vegetarian by then, too.

The rise in flexitarians has led to a surge in meat-free food sales; Sainsbury’s revealed it has witnessed a 65 percent increase in plant-based product sales year-on-year. Further, the number of people searching for vegan products online has increased by 82 percent.

In response, Sainsbury’s created a section in its meat aisle dedicated to plant-based meats. Twenty-six plant-based meat products — including burgers, sausages, and mince — were relocated for the “industry-leading” change. It was the first time a UK supermarket has positioned plant-based products among its meat options.

Rosie Bambaji, plant-based buyer at Sainsbury’s, said in a statement, “We’re seeing increasing demand for plant-based products, and with the unstoppable rise of ‘flexitarianism’ in the UK, we are exploring further ways to make popular meat-free options more accessible.”

Bambaji continued, “We hope that this trial will make our customer’s shopping experience even more seamless.” 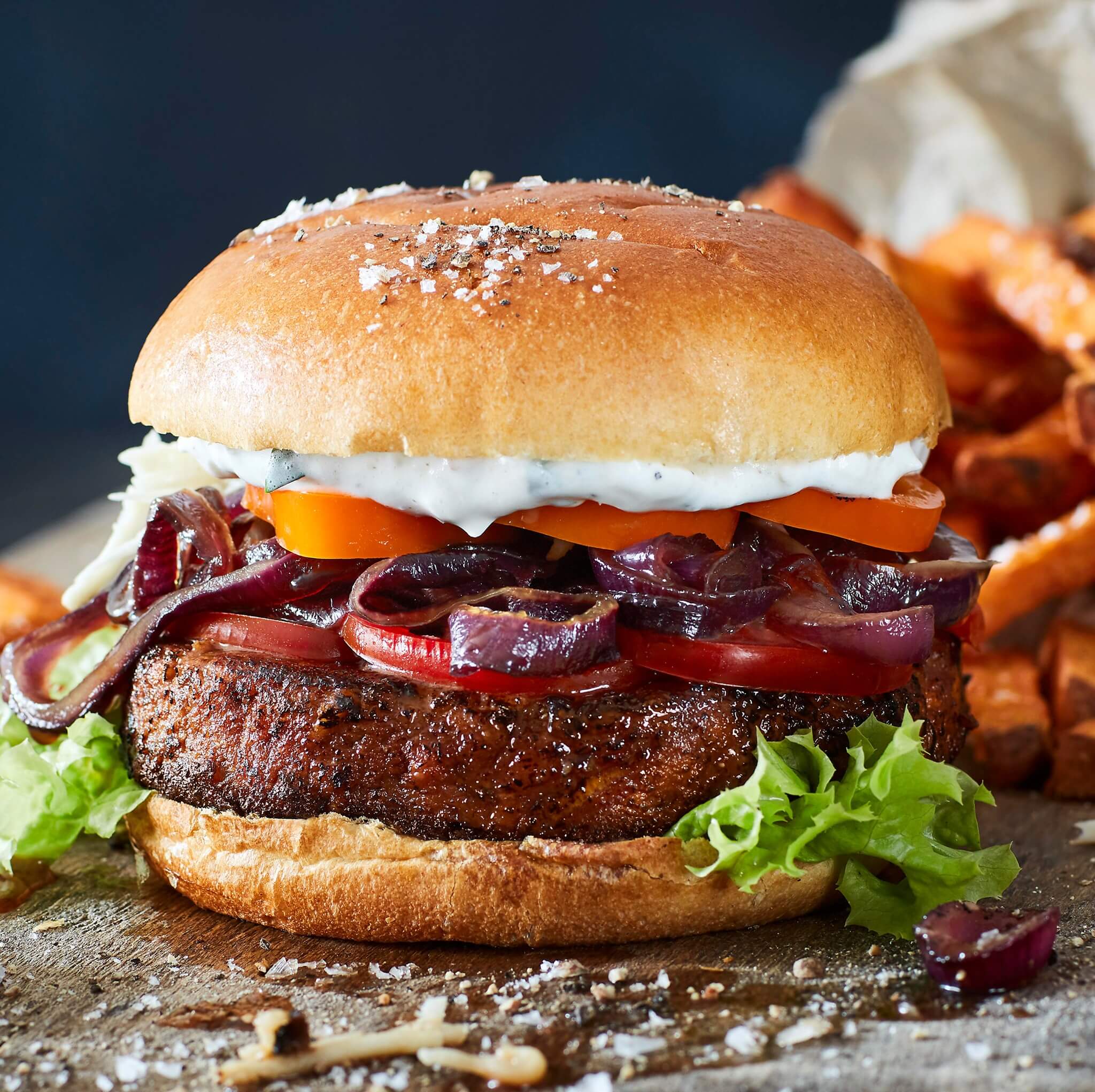 Why Put Vegan Products Alongside Meat?

Naturli’ Foods, that creates burgers and mince which is sold at Sainsbury’s, believes that uniting the two choices encourages non-vegans to try new products.

“We’ve put our [meat-free products] in the cold counters with the other meats to focus on the usage, not the origin,” Naturli’ Foods said. “We believe that every step in the right direction counts, and that is why we take pride in helping the vegan, the flexitarian or just your everyday omnivore making plant-based choices in the food aisle.”

The tactic has proven successful for vegan meat producer Beyond Meat. According to CEO Ethan Brown, 93 percent of people buying Beyond Meat at supermarkets are meat-eaters.

Aside from supermarkets, research from last year found that diners are more likely to choose meat-free dishes when meat and plant-based options are displayed together on the same menu.