The activist celebrated her birthday at Grumpy’s restaurant in Toledo, where she also held her 97th birthday party, with vegan pizza, chocolate cupcakes, and friends and family. “It was perfect. I couldn’t be more grateful, I am so blessed,” Fraser wrote on Instagram. “Cheers to 98! To advocating for the animals and the planet, to eating all the yummy vegan food, to moving this body, and to connecting with you all.”

Fraser ate meat solidly for 95 years, but just three weeks before her 96th birthday, she had a change of heart. 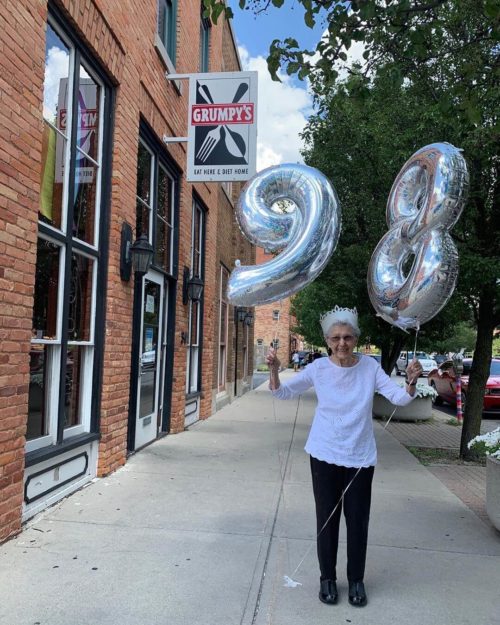 After watching the 2017 documentary “What the Health” — which explains the impact that consuming animal products can have on our bodies — the now 98-year-old grandmother is on a mission to help others see things her way and go vegan.

Using Instagram as her main platform for advocacy, Fraser continuously posts about the vegan movement to nearly 35,000 followers. She urges people to ditch animal products for their own health, the environment, the future of young people, and for the animals. Her bio reads, “be grateful, eat more vegetables, love others.”

In a recent post on the social media platform, Fraser focuses on the treatment of animals on factory farms.

Around the world, billions of animals are slaughtered every day for their meat and exploited for their milk. Major corporations cram animals together in small enclosures and cages, where their lives are short and miserable, according to nonprofit organization Compassion in World Farming.

It’s ‘Never Too Late’ to Make a Change 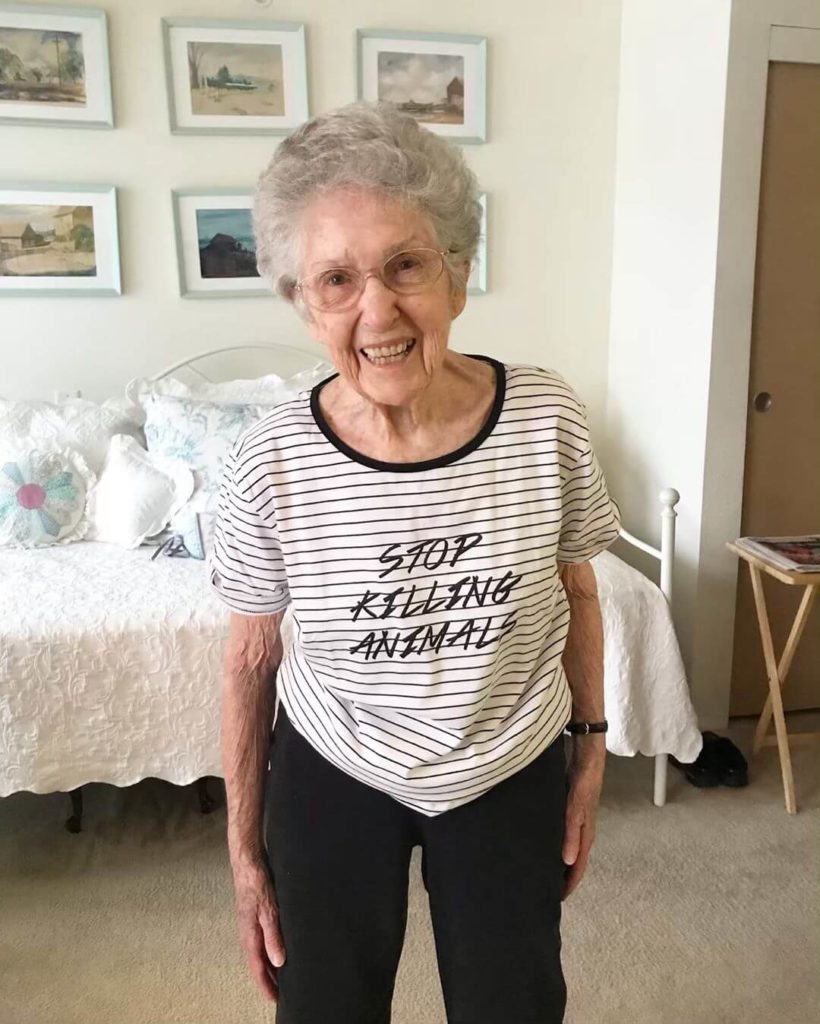 But Fraser wants people to wake up to this cruelty. “The time is now friends! We do not need to consume animal products to survive and thrive,” she urges. “We have been sold a lie and now the truth is out. WE MUST STOP KILLING ANIMALS. It’s cruel and unnecessary.”

She adds, “it’s also destroying the planet and making us sick.” Animal agriculture has been linked with major environmental problems, including climate change, deforestation, water and air pollution, and the loss of biodiversity. Last year, the United Nations Environment labeled tackling meat consumption as one of the worlds “most urgent problems.”

Fraser, whose granddaughter is also vegan, urges that it’s never too late to try and make a change. “I didn’t wake up to the horrors of factory farming until my 96th year,” she continues in the Instagram post.

“I never even questioned consuming animal products, I just did it,” she adds. “But guess what? IT’S NEVER TOO LATE TO MAKE A CHANGE. And let me tell you something else, you will feel so much better, I promise!”