Ninety-nine percent of meat, dairy, and eggs in the U.S. come from factory farms. 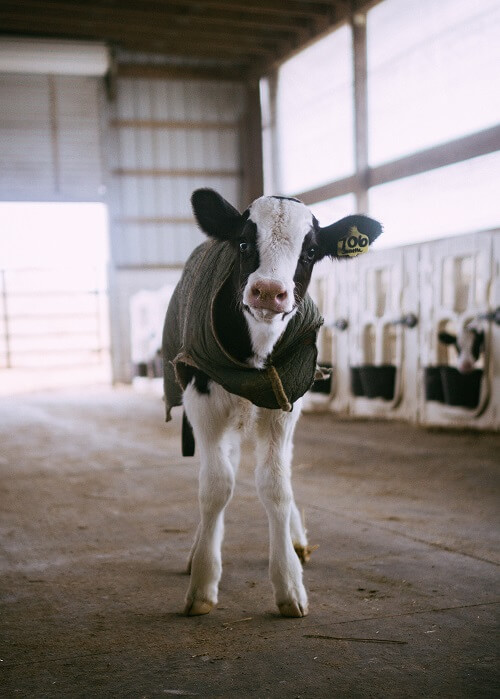 The vast majority of farmed animals are raised on factory farms.

Are Animal Products Ever ‘Humane’?

Based on the estimates, some may conclude that one percent of animal products in the U.S. come from “humane” farms. But is it possible?

No government agency regulates the definition of “humane,” according to the nonprofit organization Mercy for Animals. The charity recommends following a more compassionate plant-based diet. The USDA’s Food Safety Inspection Service (FSIS) is supposed to enforce the Humane Methods of Slaughter Act passed in 1958. The act doesn’t apply to chickens or rabbits.

Per the act, it’s humane to kill animals via being “rendered insensible to pain by a single blow or gunshot or an electrical, chemical or other means that is rapid and effective.” It’s also considered humane to allow animals to lose consciousness by anemia of the brain, caused by severing carotid arteries with a sharp instrument.

All animals raised for food face violence despite regulations. It’s a common practice to castrate piglets and dock their tails just days after birth, according to the USDA’s Swine Industry Manual. A Humane Society report revealed that cattle raised for beef are often faced with castration, branding, and dehorning without anesthesia.

While grass-fed beef and dairy is often shrouded with picturesque scenes of grassy knolls and happy cows, a recent FSIS report shows that a California farm recently faced suspension for “inhumane” treatment of animals. The page details a list of documented violations in the meat industry.

The Sentience Institute is a nonprofit that aims to expand humanity’s moral circle to include animals, envisioning a world where all beings are treated fairly regardless of what makes them different.