German authorities reported a case of avian influenza A virus in the eastern German state of Saxony on Monday.

The H5N8 “bird flu” is highly contagious and can infect domesticated birds like chickens, turkeys, and ducks. All of the animals on the farm have been slaughtered and the area is under quarantine, according to the social affairs and protection ministry.

Slovakia, Hungary, Poland, and the Czech Republic all reported bird flu cases as recently as late last year. There was also a case discovered in a wild bird in Germany in January.

According to the Centers for Disease Control and Prevention, the bird flu occurs “naturally among wild aquatic birds worldwide and can infect domestic poultry and other bird and animal species.”

Although humans aren’t typically infected with the bird flu, rare cases have been reported. 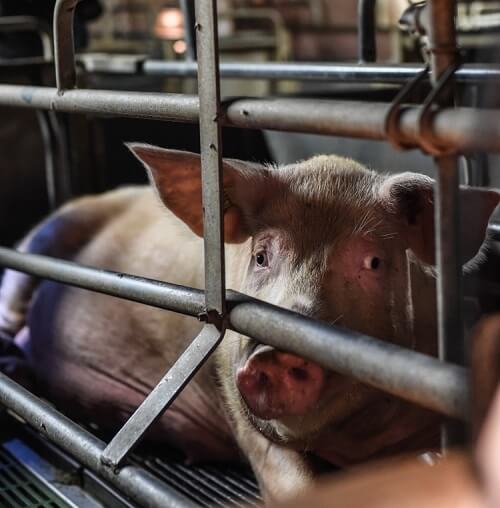 The coronavirus outbreak reportedly originated in a meat market in China.

The Link Between Animal Agriculture And Viral Infections

Zoonotic diseases are infectious diseases that can jump from animals to humans. They are common in the animal agriculture industry and pose a major threat to the health and welfare of humans and animals.

Factory farming practices around the world create a breeding ground for these diseases. Experts say crowded and unsanitary living conditions, unnatural feed diets, and the overuse of antibiotics among livestock are to blame.

“Unnaturally high concentrations of animals confined indoors in a limited airspace and producing significant quantities of waste may allow for the rapid selection, amplification, and dissemination of zoonotic pathogens,” Dr. Michael Greger, Director of Public Health and Animal Agriculture for the Humane Society of the United States, said in a study.

Examples of diseases commonly attributed to factory farming practices include E. coli, MRSA, Salmonella, and most recently, the COVID-19 coronavirus. Experts say it originated from the consumption of animal meat in China. Last week, the World Health Organization declared the coronavirus a global pandemic. There are now at least 200,000 cases confirmed around the world. All 50 states in the U.S. have confirmed cases of the viral outbreak.