LIVEKINDLY
Home Ethics & Environment A ‘Hegan’ Is a Man Who Knows It’s Masculine AF to Be... 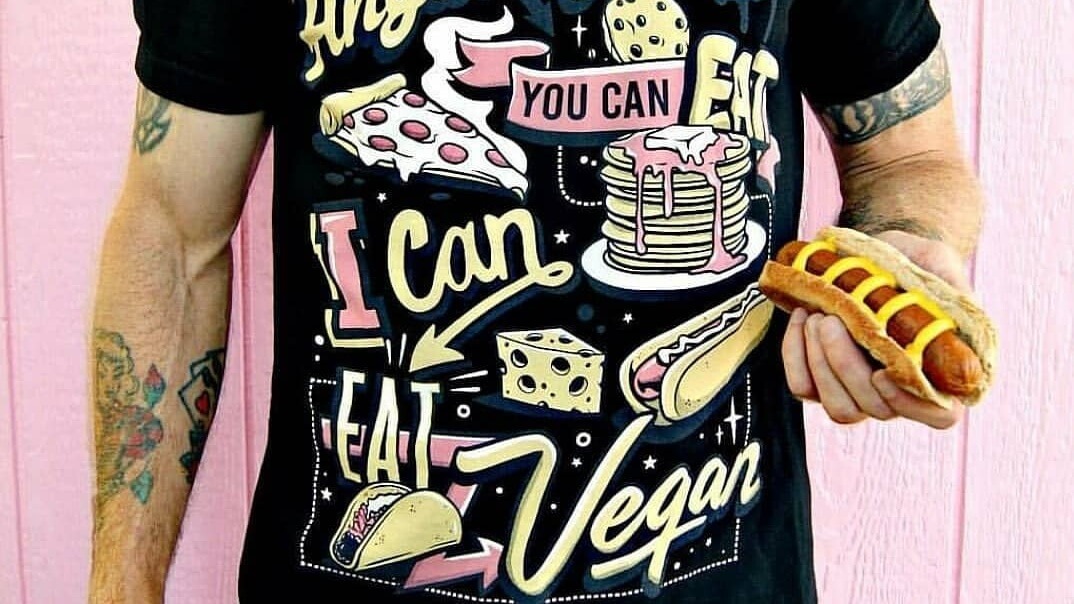 “Hegan” is a portmanteau term created to describe men who are also vegan. While the etymological origins of the word are unknown, an informal Google search reveals that the top definition on slang website Urban Dictionary dates back to March 2010.

While not common, “hegan” seems to have emerged as a result of a study conducted at the University of Southampton. Researchers found that many men who are looking to reduce or completely eliminate meat often fear backlash from meat-eating male colleagues. In the British daily newspaper The Telegraph, writer Hannah Betts tackles the social repercussions faced by male vegans under the headline: “Laugh all you want at ‘hegans’, but everyone knows real men don’t eat meat.”

“We found that many men are interested in eating less meat, they just need social permission to do so,” said Emma Roe, a researcher at Southampton University who believes that adopting a plant-based diet is necessary in the fight against climate change. “Men in the year-long research experienced social isolation among groups of male friends and acquaintances after reducing animal protein intake.”

“As more men make vegetarian and vegan choices, that permission is becoming more readily available,” Roe added. The research suggested that men who eat plant-based in public may have tougher personalities, hence the neologism, “hegan,” which implies no loss of masculinity.

why are so many men afraid to go vegan?

The idea that men may actively avoid eating vegan food for fear of a perceived loss of masculinity is nothing new. In the book “The Sexual Politics of Meat,” scholar Carol  J. Adams details the history of how meat has become inexplicably linked to manhood. Prior to the advent of factory farming technology in the mid-20th century, meat was considered to be a premium food. 19th-century women living in poverty were expected to cook a meal for the family, reserving cuts of meat for the man of the house while she and the children were left to eat primarily plant-based foods, with dairy – if it was in the family’s budget.

Countless magazines and recipe books across the decades have also played a role in building the false dichotomy of “meat is masculine, plant-based food is feminine” — recommending steaks and other cuts of meat for men and more vegetable-centric, “healthy” meals for women.

One week ago another segment of my speech was uploaded to Facebook. In that week 6,648 people signed up to go vegan from watching the segment. I’m so happy about this of course, this is beyond what I ever expected or anticipated and I’m both humbled and grateful to receive news of this number today. Knowing that change is happening keeps me going and keeps me motivated. – However I can’t help but think of those who are suffering right now, those who we saw dying on death trucks yesterday as they entered the final stage of their suffering, those who could not be saved. There is no ethical way to use others and to objectify and to commodify other living beings is always immoral, no matter how it’s done. Non-human animals do not exist to serve us and therefore any infringement upon their rights as individuals is immoral and cannot be justified. There is no humane way to needlessly inflict violence onto someone else, someone who suffers and someone who has a will to live. Use is abuse and once we begin to use others, we abuse others. Abolish speciesism in your life, reject all forms of animal commodification and speak up for others – because although change is happening, it is not happening fast enough and we need every vegan to take an active stand against these industries in order for us to make a change. I would like to ask you to please speak to someone about veganism today, because you have the power to make a difference if you simply use your voice to speak the truth. – ? @forliberation

In opposition to the idea that meat is manly, many male influencers are showing that there ways of being a secure vegan man.

Influencer Earthling Ed is famous for addressing the issue of factory farming with omnivores and farmers through compassion and understanding, often helping them make the connection between pets and the animals we use for food. And vegan activist, athlete, and motivational speaker Dominick Thompson shows that it is possible to be strong, fit, and also compassionate towards animals.

Andy and Paul, hosts of the podcast “The Bearded Vegans” are also examples of how vegan men can positively influence the community. Their show discusses a wide range of topics related to veganism, including body positivity, nonviolent communication, recent news, and a love of good vegan food. Further, YouTuber Chris Cooney, also known as The Vegan Zombie, focuses on familiarizing his audience with new vegan products and recipes. He has been sharing plant-based food finds and cooking videos with followers since 2009.