Due to a lack of arable land, high temperatures, and increasing water scarcity, the government of Abu Dhabi—the capital and second-most populous city in the United Arab Emirates (UAE)—is investing $100 million in indoor farming.

The investment is part of a larger $272 million program supporting the development of agtech projects, such as indoor farming. The government believes that vertical farming will help the UAE—which imports 80 percent of its food—become more self-sufficient. 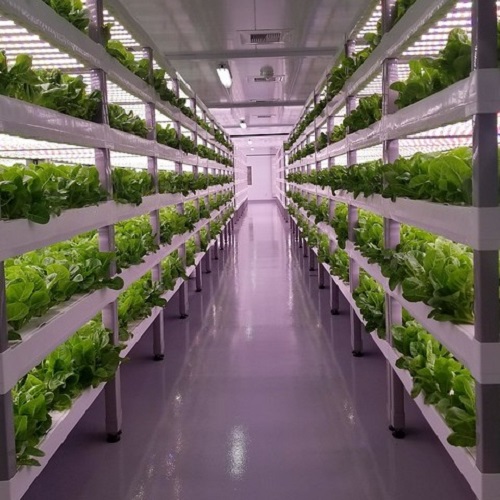 The Future of Farming?

“Agtech will be part of the solution to how we can better utilize water, how we can be more efficient, and how we can drive yield in farms,” Tariq Bin Hendi, the director-general of the Abu Dhabi Investment Office, told Fast Company. “We’re embracing technology because we know it’s the future.”

Abdulaziz Al Mulla, CEO of Madar Farms, explained that traditional farming “draws far too much on our precious water reserves. At the rate we’re going, we might run out of water within the next 50 years.”

A team of more than 60 scientists will study plant science at Aerofarms’ RDI center. According to CEO David Rosenberg, the company will work to develop plants with better yield, flavor, and nutrition.