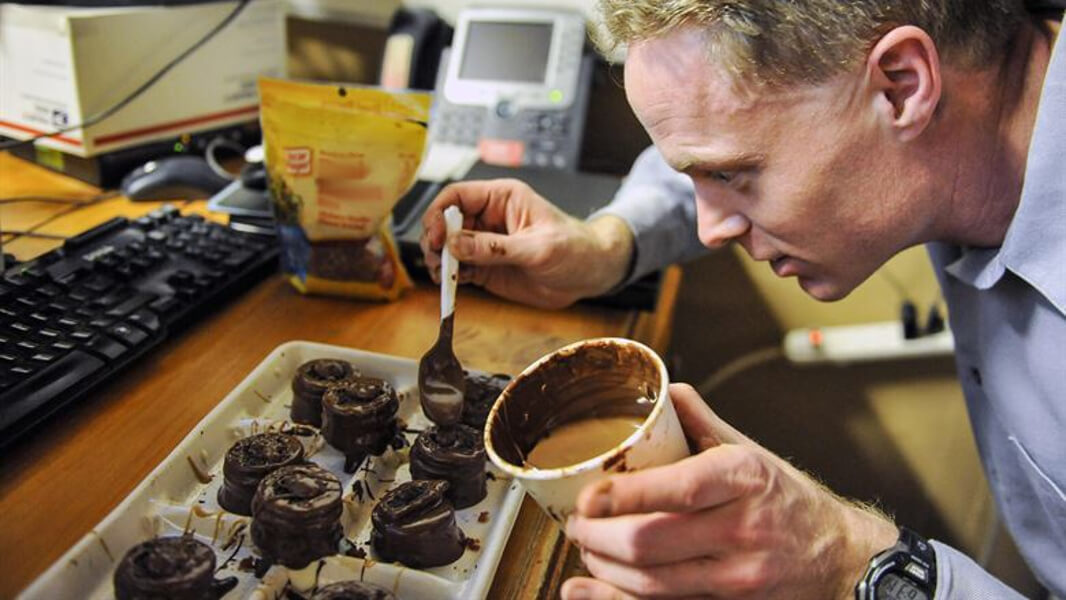 In 2009, after losing his eyesight, Essex-based Andrew Kennard’s life changed completely. After two rounds of surgery and multiple laser treatments, the former chartered accountant regained his vision. Not wanting to return to an office job, Kennard – a self-confessed chocolate lover – instead decided to follow the path of becoming a chocolatier.

“All accountants and lawyers, anyone who works in an office, wants to do something else,” Kennard told Business Insider. “They want to do something where they can express the flair in themselves, that says who they are, what their DNA is.”

Seven years after the initial loss of his sight, Kennard founded his own – now multi-award winning – vegan and kosher chocolate brand, called Kennard’s. The brand offers a multitude of handmade creative flavors – each taking around a month to develop – such as Chilli & Cardamom, Sea Salt, and Raspberry & Lavender.

A post shared by Kennard’s Artisan Chocolates (@kennardschocolates) on Nov 13, 2018 at 2:04am PST

According to the new chocolatier, a number of people are skeptical of the product – until they try it. “People say to us, no I like milk chocolate, I don’t like dark chocolate,” he explained. “[But] the fact is, you can have dark chocolate that’s around 55 percent, you get the same taste and flavour as you would from a good quality milk chocolate.”

According to the founder, the key difference – aside from the lack of animal products – is the amount of sugar. In a Kennard’s product, there is less sugar than the average milk chocolate bar. Consumers do not miss out, in fact, they get more out of the chocolate, the taste lingers in the mouth, meaning it’s not necessary to eat so much, so the product lasts for longer.

There are around three and a half million vegans now living in the UK, and the figure keeps on rising. In the last two years alone, the population of plant-based Brits increased by 700 percent.

By leaving dairy and other animal products out of his recipes, Kennard’s chocolate can appeal to everyone. “A lot of people now are on plant-based diets, vegan diets, [or they’re] lactose intolerant,” he explained. “If you’re eating dark chocolate, it just hits the mark on all of those.”