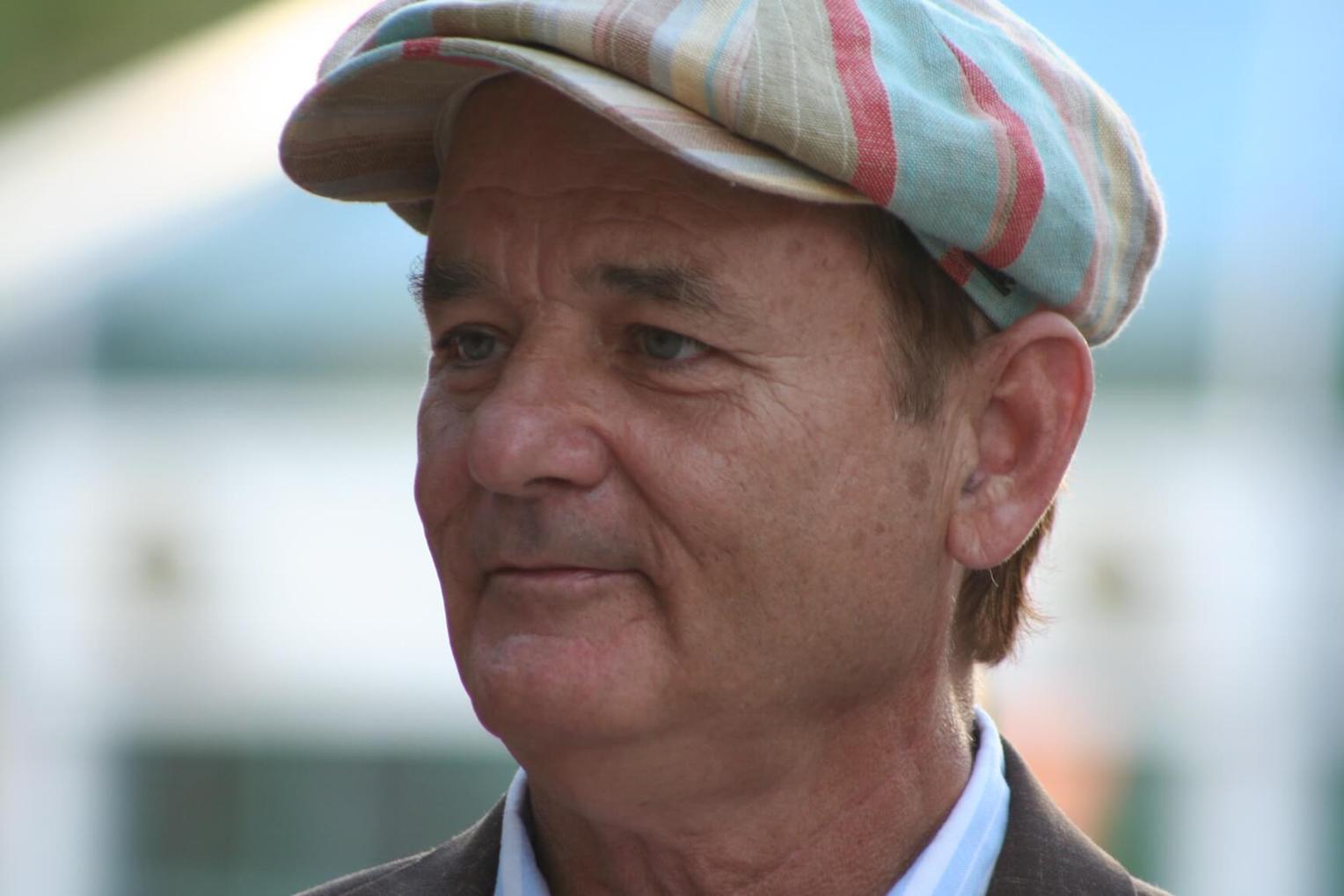 Actor and cultural icon Bill Murray created an Instagram storm this morning when pictured with a tiny rescue dog nibbling on a pair of red glasses hanging around his neck.

Murray is of course known for not only his choice of acting roles but for generally being inimitably cool. Whether playing the frantic groundskeeper in “Caddyshack”, the depraved and lovesick weatherman in “Groundhog Day”, busting ghosts in “Ghostbusters”, making coffee for the Wu-Tang Clan in Jim Jarmusch’s “Coffee and Cigarettes”, or starring in a number of Wes Anderson popular films in recent years, Murray is infallible to his legion of fans. He’s a cultural reprieve — a proverbial warm and cuddly puppy-like antidote to the high-speed frenzy of modern media and politics. And the star of the forthcoming “Isle of Dogs,” another Anderson film, piled on the Instagram likes this morning when he was featured cuddling a cute rescue pup, Buttercup, on National Puppy Day in a sponsored post for Best Friends Animal Society.

“Well, Buttercup sure has the right idea — she’s starting off #NationalPuppyDay hanging out with the one and only Bill Murray! Who else is totally jealous?” the rescue organization wrote in the sponsored post as part of Fox Searchlight’s promotion of the film hitting theaters on April 6th.

Well, Buttercup sure has the right idea — she’s starting off #NationalPuppyDay hanging out with the one and only Bill Murray! Who else is totally jealous? ?‍♀️ (Also, don’t miss @isleofdogsmovie in select theaters today and nationwide April 6!) #SaveThemAll #isleofdogs

A post shared by Best Friends Animal Society (@bestfriendsanimalsociety) on Mar 23, 2018 at 7:52am PDT

Vegan musician, restaurateur, author, and animal rights activist Moby shared the post as well, captioning it: “Just when I thought I couldn’t like Bill Murray more than I already did.”

Best Friends Animal Society is an official partner with Fox Searchlight and Wes Anderson’s “Isle of Dogs” release with the goal to help find loving homes for pets in shelters.

“When you adopt a dog or cat from any Best Friends location between March 16 and April 16, Fox Searchlight will make a $25 gift to help homeless pets through Best Friends,” the organization notes on its website. “Even if you’re not ready to adopt a pet of your own, you can still donate to help a dog or cat in need and Fox Searchlight will match your donation* on behalf of the film.”

It’s not clear whether Murray adopted the little pup or not, but with the Bill-Murray-bump, Buttercup is sure to be the most popular dog on Instagram for quite some time.