In a recent interview with Shape, vegan “House Of Cards“ actor, Kate Mara, discussed her passion for animal rights and her reason for becoming vegan.

To help balance her life and all its exciting new and different facets, Kate credits these five personal truths.

Discussing Mara’s “five personal truths,” which are defined as what helps “balance her life and all its exciting new and different facets,” Mara noted veganism as an important factor. “I’ve been a vegan for five years. I found it hard to give up cheese at first because I love it so much. But I haven’t missed meat at all,” she said.

“I decided to go vegan after reading a book called The Beauty Detox Solution by Kimberly Snyder. It’s about how our bodies are not meant to digest animal products and what we should be eating instead. It made a lot of sense to me. I’ve always had a pretty sensitive stomach, but when I cut animal products out of my diet, I felt so much better,” added the actor. 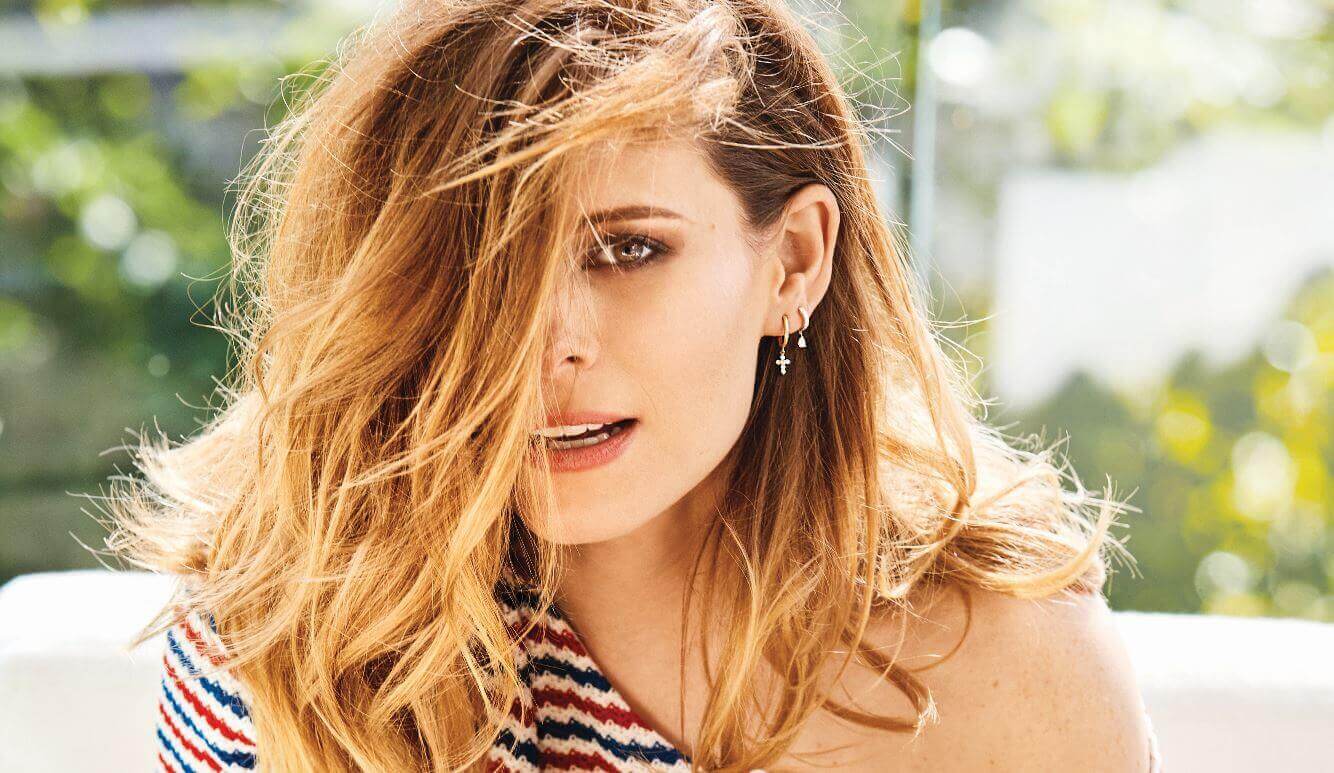 Mara initially followed a plant-based diet for her health until her affinity for saving animals began two years ago. The actress, alongside her sister and fellow vegan actor, Rooney Mara, visited Liberia with the Humane Society of the United States. The purpose of the journey was to raise money for a chimp care program and help the medical team financially.

Kate told Shape, “The project was a huge success, I didn’t realize what I was missing until I started working with and for animals. To protect innocent creatures in ways they can’t do themselves is really an amazing thing.”

Mara, who has long had a fur-free wardrobe, recently revealed she has also ditched leather. Further, entrepreneur Rooney Mara announced the launch of her vegan clothing line, Hiraeth. The clothing line will hit stores later this year, and Kate says her sister’s compassionate fashion line will become her “main source of clothing.”

Kate and Rooney are among a growing list of celebrities advocating for veganism, for animal welfare reasons, the good of the planet, and for the health of oneself. Actor Evanna Lynch and comedian Ricky Gervais recently spearheaded a petition centred on the fur industry and animal welfare that amassed over 70,000 signatures.