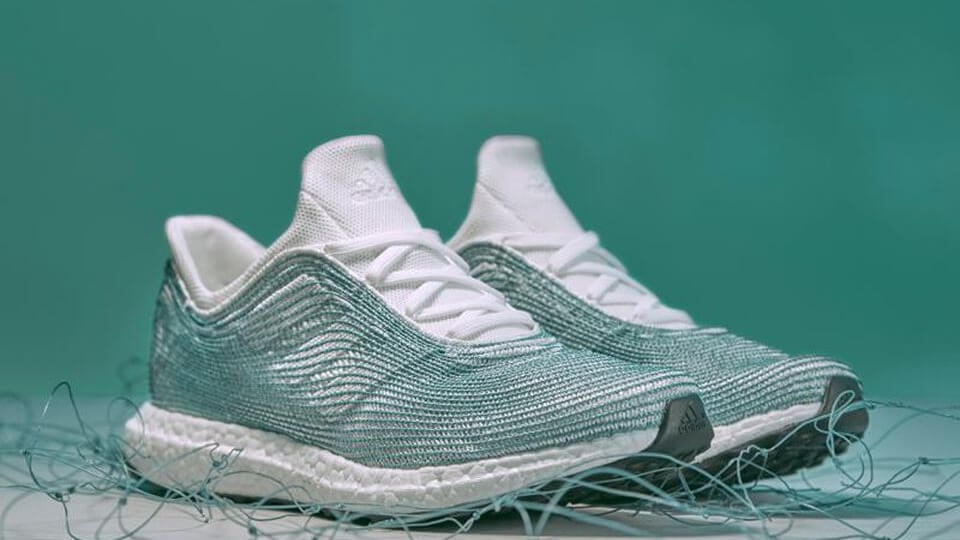 Multinational shoe and clothing brand Adidas, which is the largest sportswear manufacturer in Europe and the second-largest in the world, is working to reduce plastic pollution. Its latest effort sees the company producing five million pairs of vegan shoes made from plastic found in the ocean; the initiative is expected to earn Adidas more than a billion dollars.

In collaboration with non-profit Parley for the Oceans, Adidas formed a plan to “end plastic pollution.” The partnership sees the footwear giant crafting shoes made with Parley Ocean Plastic, which includes repurposed “deathtraps” (discarded fishing nets), and plastic collected from coastal regions of the Maldives.

Initially, Adidas released just 7,000 pairs of the vegan shoes as a limited edition sneaker, with each containing the equivalent to 12 plastic bottles worth of waste. The product sold out instantly, proving the popularity of the design and the cause. Now, the company has announced it will produce five million pairs of the shoes, retailing at approximately $220; by working on one of the world’s largest environmental issues, Adidas will earn more than one billion dollars in revenue.

“The world’s biggest problems are the world’s biggest business opportunities,” Peter Diamandis, founder of the X-Prize and Singularity University, once said. It is the quote that Forbes writer Afdhel Aziz highlights when speaking to Eric Liedtke, Executive Board Member for Global Brands Adidas Group, about Adidas’ environmental vision.

According to Liedtke, Adidas‘ partnership with Parley began with a desire to spread awareness by “spinning the problem into a solution.”

“The threat, into a thread,” he noted.

“We have already taken the first steps to reduce and ultimately eliminate virgin and single-use plastic from our products,” Liedtke explained, adding that the positive results proved that “it is possible and that people care.”

“As a creator brand, we believe that necessity drives innovation and that solving the toughest problems only makes us and our products better – all while doing less harm to the world,” he commented. Earlier this year, the international brand announced its plans to make all of its products with recycled plastics found in the ocean, a move it hopes to achieve by 2024. The shift would be momentous, considering the brand produces 450 million pairs of shoes every year.

Plastic pollution is one of the most pressing environmental issues of our time. Researchers estimate that by 2050, there will be more plastic than fish in the ocean. The material, which can last 450 years in marine environments, threatens the lives of countless fish, seals, turtles, whales, seabirds, and dolphins. As Surfers Against Sewage points out, the issue becomes more severe due to the way we use plastic. A supermarket plastic bag is used on average for 15 minutes, but can take 100 to 300 years to break down.

Increased awareness among the public has inspired a surge of action from governments and businesses alike. The European Parliament recently voted to ban most single-use plastics including straws, plates, and cutlery. Leading UK supermarket Waitrose vowed to remove 100 million plastic bags from its stores across the nation, and in September, California became the first state to ban plastic straws in restaurants.

Article Name
Adidas Expected to Make Over $1 Billion On Vegan Shoes Made From Ocean Plastic
Description
In the fight against plastic pollution, Adidas is producing five million pairs of vegan shoes made from plastic collected from the ocean.
Author
Jemima Webber
Publisher Name
LIVEKINDLY
Publisher Logo