Shelters aren’t the only place that have dogs up for adoption – people looking to add a furry family member to their brood can adopt from the Transportation and Security Administration (TSA) too.

The programme pairs dogs who haven’t graduated from their training with families willing to provide a loving home to a larger dog. German Shorthaired Pointers, German Shepherds, Labrador Retrievers, and Belgian Malinoises are all breeds that are most commonly used in drug detection.

The most common reasons for a puppy not graduating include being too excitable or unable to keep up with the rigorous programme they are required to complete. Much like dogs who don’t graduate from Seeing Eye training, it is usually due to a lack of focus.

The TSA has strict regulations that families must comply with to be able to adopt a “dropout” puppy, who are usually between two and four years old. Families must have a fenced yard or garden as well as be able to provide the correct “medical care, exercise, training and companionship.” 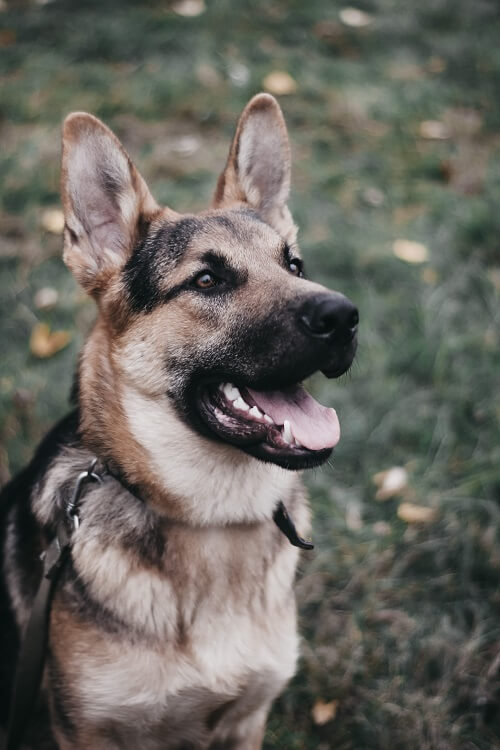 Some dogs are ‘too friendly’ for the TSA

However it’s not just puppies who need adopting — there are also TSA retirees who need loving homes.

According to We Are the Mighty, dogs who are retired out of active service because of illness or injury are homed with their handlers 90 percent of the time, however, it wasn’t always so.

Before the introduction of Robby’s Law in

2000, it was common for older dogs to be euthanized after their years of service were over. According to the Justice4tedds website as they were viewed as “surplus equipment” and “weren’t seen as having value beyond the military purpose for which they were trained.”

The “Adopt, Don’t Shop” movement has grown considerably in the last few years, with many celebrities backing charities who work to save dogs from high-kill shelters, as well as adopting their own canine companions, instead of buying them.

Paris Hilton recently supported charity I Stand With My Pack (ISWMP), an animal rights organisation that works to save animals’ lives and prevent the suffering of and cruelty to pets. She appeared at a charity event in December last year, where dogs in need of new homes were showcased to visitors in an attempt to encourage them to adopt.

Vegan pop star Miley Cyrus and her partner Liam Hemsworth have an extended family of rescued animals, including eight dogs, four cats, and a pig.

The TSA Programme has been so popular recently that they aren’t currently accepting new applications, but keep an eye on the website for updates.