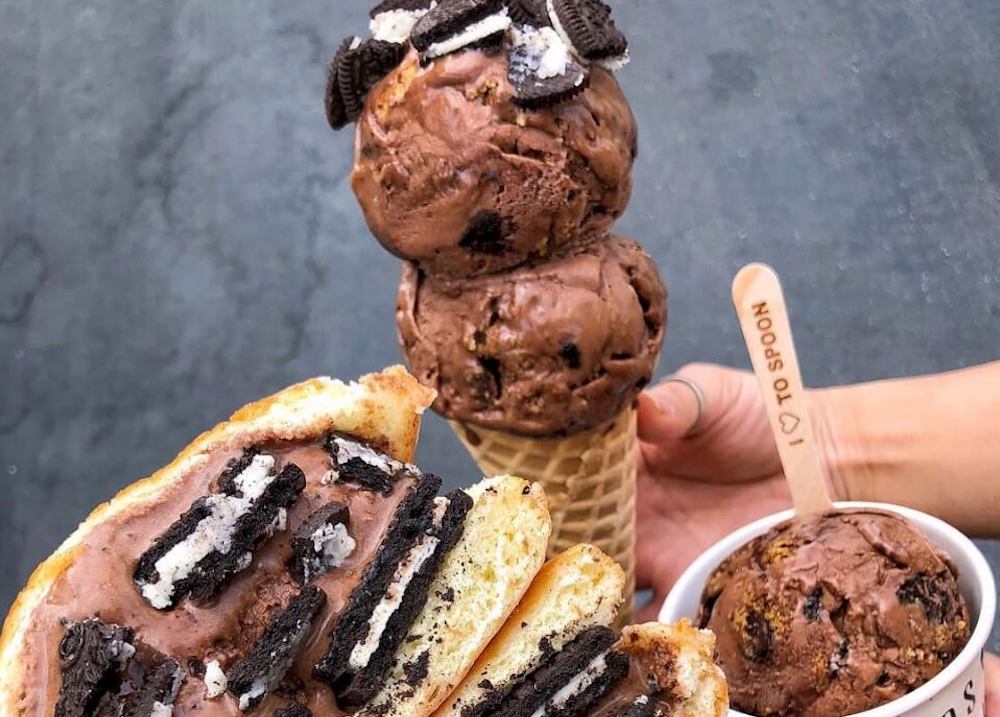 Afters Ice Cream, the home of the ice cream-stuffed Milky Bun, is introducing its first nondairy ice cream creation and vegan Milky Bun at Coachella this weekend. The vegan treat will join the extensive lineup of vegan food options at this popular music festival.

Afters began as a small business between two friends, Andy Nguyen and Scott Nghiem, and first opened in a strip mall in Fountain Valley in 2014. The modern ice cream shop has expanded to over twenty locations throughout California, each with a loyal following and lines out the door. However, it had yet to create a vegan option, until now.

“We’re excited to change things up at Coachella this year after being a signature food vendor at the festival for the past three years and continue our history of having insanely long lines of demand by introducing something that we’ve never had before that our customers and Coachella patrons ask for year after year,” said Nghiem in a press release announcing the vegan debut.

Festival-goers will soon get the opportunity to experience After’s first vegan creation this weekend. The vegan Choco Monster features vegan chocolate ice cream mixed with crumbled, house-made vegan chocolate chip cookies, Oreos, and vegan chocolate fudge. Plant-based patrons will also have the option of stuffing this vegan monstrosity into the new vegan Milky Bun, which is reminiscent of a sweet glazed doughnut.

“We worked really hard on developing a vegan flavor that stays true to who we are,” said Nghiem. “Our loyal customers know Afters Ice Cream as a place to leave diets behind and indulge with our one-of-a-kind dessert experience. Our new vegan Choco Monster flavor and Milky Bun is unlike any other vegan dessert out there. We’re proud to say it delivers the same Afters experience that, now, all ice cream lovers can enjoy.”

Those not attending Coachella can still try the new vegan options at five Afters locations across southern California. The Pasadena, Sherman Oaks, Woodland Hills, Costa Mesa, and San Diego storefronts will all premiere the Choco Monster and vegan Milky Bun on Friday, April 13. Stores open at 12 pm and close at midnight, but customers are encouraged to get there early. Along with its ice cream creations, Afters is also known for its lines.